Today I’ve done something to my neck. I haven’t decorated it with tattoos or necklaces, I haven’t adorned it with a vermillion scarf, a ruff, or one of Olivia’s chokers. Although I did 82 lengths including ten dilapidated moths, it was the moment that I lost the nose clip that caused the problem, I was diving deep into the water looking for it, it was blue and so are the tiles, it had disappeared, blended in. There were two French girls who I’d spoken to (in French) when I got in the pool, “au secours,” I said. They came and helped me but it wasn’t there. It was something of a meaningless event, a swim, a lost nose clip, I searched and searched on the bottom of the pool, it had to be there, I dropped it but it wasn’t there. Had it been swept down a drain, sucked into a vent? I asked Tiago the lifeguard to see if he could see it, another pair of eyes, it was gone. The strange sensation of it disappearing when I knew it was there became philosophical because suddenly I found it – it was floating and I’d spent the whole time searching the bottom of the pool swimming underneath it. None of us saw it. Humans are always looking for answers in the wrong places when they are right there in front of them.

I noticed the pigeon tree was still completely bare (except for the pigeons) despite the warmer weather, no buds, only grey spiky branches. I remember them in the summer as lush green waterfalls of bright green leaves and I marvel at how they switch between glorious displays of vibrant colour and dormant, grey, lifeless skeletons. It’s as if they’re pretending to be dead when suddenly out of stone-coloured branches, small bright buds arrive from nowhere, nature’s trick of dying and coming back to life.

On the streets today I looked around and saw normal people going about their business. The old woman in the doorway of the grocery store on the corner, the men sitting on the benches in the Marquês park, teenagers, old couples linked hand in hand moving slowly down the pavement. Two old ladies linked, probably in their eighties, one with a stick, holding onto each other as they crept slowly towards the square. Then I thought about Ukraine.

I went to the psychedelic psupermarket for one thing and came out with three bags of exotic vegetables and fruits. Fresh spinach, cabbage, carrots, strawberries, celery, kiwi fruit and papaya. I bought two turnips, radishes and at the register where they tempt you with appealing goodies, I bought pistachios, not chocolate. The bags were a little heavy with all the vegetables, Olivia’s iced tea and some frozen veggie conceptual processed pea balls. By the time I got in with the bags I was exhausted, I sat down on my ‘posture wooden kneeler chair’, I looked up the name and was shocked by the price, £94, I got mine for £5 in a charity store. Olivia massaged my neck and I drank a homemade strawberry/kiwi smoothie, I sat there, eyes closed for about twenty minutes. I finally got up to prepare a late lunch, arugula, cucumber, radishes with olive oil, some Portuguese bread with Swedish cheese, freshly squeezed carrot, celery and ginger – a sesh with Craig in Atlanta beckoning.

I’ve already played guitar on Craig’s song Amplify Me and I’ve been remotely producing his vocals. Today he sent me the stems for a song on which I’m going to play a solo. This is the amazing thing about having Logic Pro, he could send me the song and I can play lead guitar on it and send it back. How cool is that? 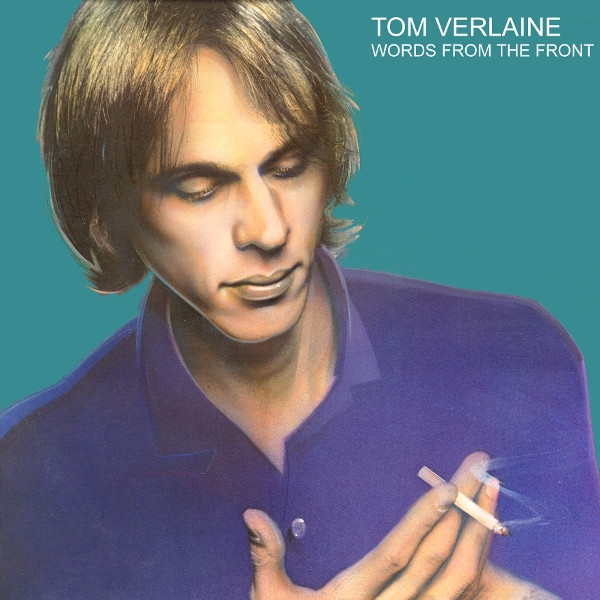 Music today has been Tom Verlaine’s third album Words From The Front (1982) which I picked inadvertently without considering the title. I played this album a lot when it came out and later played guitar on his sixth album The Wonder (1990) although I wasn’t credited. I was always a fan of his unique style, there was always something different about his approach and in a world of a zillion guitarists standing out is really something.