The drilling turned to sporadic hammering this morning which is better, everything is relative and now I’m praying for the hammering over the drilling. But the lesser pain is still pain. It was a day of forgetting. I went to the pool but as I got to the lift in our building I realised I’d forgotten my wallet which has my pool card in it. No problem, I went and got it and carried on out of the house with the recycling in hand. The bins are directly outside our house so it’s not like I have to carry them any distance. I disposed of the recycling and then realised I had forgotten my mask so I had to go back into the house again. I walked to the pool, it was warm and there were thousands of teenagers on the streets, spewing out of school at lunchtime. There’s a man just beyond the Marquês park who sits on a step outside a bank, I haven’t noticed him before but he has been there the last few days talking to invisible people and ranting and raving, having arguments with himself. The kind of man that should be in care. I got to the pool, got changed, stood by the poolside and realised I’d forgotten the crucial nose clip, forgetting fills me with fear.

At the pool I swam 82 lengths, the difference today was that I swam ten lengths of the castrated moth. The day before Ana, an instructor there had seen me attempting the demented moth and was horrified. I’ve had no lessons, no instruction at all on how to swim this stroke so I was just making it up as I went along. Ana showed me the basic idea and today I tried to remember what she said, it’s tough, it’s exhausting. There was a girl in one of the other lanes doing it except she made it look like she was floating in a dreamy fantasy. Perseverance is needed but I couldn’t swim the freestyle/front crawl till I was 45 and now I swim a minimum of a mile non-stop every time I go to the pool. My goal was to swim this stroke smoothly and now I can, I’m not quick but I’m smooth and when I look down from the gym at the pool and see the mess of some swimmers’ strokes, I’m happy that I listened, learned and practised. Interestingly I didn’t learn the guitar by learning techniques or listening to teachers. That’s the difference between sport and art, in sport, the technique is mostly needed to shine, in art, technique is just one approach, no particular skills are needed to do something amazing, you just need an imagination.

After the pool, I went to the psychedelic psupermarket because Olivia had texted me and told me we didn’t really need anything but if I go get some oil. So I went and bought all kinds of spares – spare honey, spare queijadas, spare radishes, spare iced tea and various other backups. Then I decided to investigate the fruit and vegetable department. I bought strawberries, a papaya, spinach, broccoli and then I saw a strange brown tubular vegetable that looked like it had the texture of a hessian sack. I picked it up and thought it might be some kind of root. I bought it and brought it home. Olivia googled it, it’s cassava and there are things you need to know about it:

Cassava, an edible tuberous root often made into flour, contains cyanogenic glycosides, which can result in fatal cyanide poisoning if not properly detoxified by soaking, drying, and scraping before being consumed.

We have it chained to the wall with an armed guard soaking overnight. It’s pre-scraped but then we might have to dry it and frisk it before we fry it and check that it isn’t concealing any weapons. It reminds me of the Japanese blowfish (fugu), the liver, ovaries and skin contain tetrodotoxin, fatal to humans. Specially trained chefs have to be licensed to serve it. So we’ll see if we make it through tomorrow night’s dinner.

On another note, when I went to pay, the man behind me dropped a bottle of red wine on the floor by the cash register, glass and red liquid everywhere, disaster. Then there’s Liverpool – Leeds, a disaster for someone? Man U – Atlético, someone was lucky? 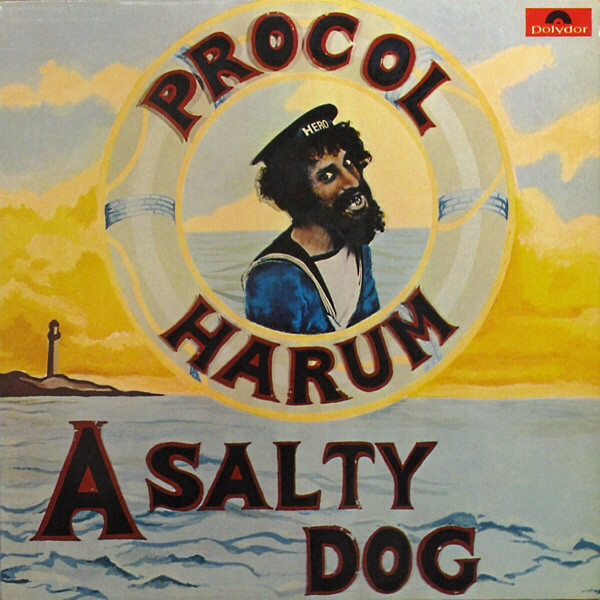 Music today has been one of my favourite albums from the tail end of the sixties, Procol Harum’s A Salty Dog (1969). I’ve posted it before but today sadly I have to report that singer, pianist Gary Brooker has died aged 76. I saw them live at the Bottom Line in New York in their later years and what I remembered the most about it was Gary Brooker’s great singing. Brooker made many albums with Procol Harum and solo, he also played on Ballad Of Sir Frankie Crisp (Let It Roll) on George Harrison’s All Things Must Pass (1970). He played on Kate Bush’s The Red Shoes (1993) and Aerial (2005) and made other guest appearances. A tragic loss perhaps most remembered for the classic A Whiter Shade Of Pale, their debut release and No. 1 single in the UK in 1967 and a No. 1 all over the world (or close) – No. 5 in the USA. RIP Gary Brooker, sadly missed.