Every second week in the Marquês square it’s market day and I always go for a stroll through to see if I can find a skull or a dinosaur. There was a large blue sky and the market was drenched in sunshine. In the streets, between the buildings and in the shadows, it was chilly but walking around the market it was only pleasant slow browsing. They have a DJ there each time that operates from the bandstand playing largely inappropriate music. Today it was night club seventies disco which seemed rather incongruous on a Saturday afternoon in 2022 in Porto. Of course, if it had been some ancient genre that I like it would have been ok. But really, no one was wearing satin or anything that sparkled and there was certainly no dancing. Disco beats, drum-heavy pop tunes just did not fit, I can listen to some disco but not the worst stuff in the sunlight.

I had an email from Emmanuel, you may remember me buying a Catherine Wheel album – well it was from Emmanuel. He told me he would be bringing some more Wire magazines which I buy for a Euro each to eventually put in the archive. He also had a 1€ Suzanne Vega CD that I bought, Songs In Red And Gray (2001), a return to her more acoustic sound after various albums of successful experimentation. We discussed the DJ, he has to listen to it all day and the damn speakers are dotted around the square. Last time it was classic rock hits such as Foreigner’s Waiting For A Girl Like You with overdubbed dancey drums to make them more accessible to a new less rock audience – quite unbearable. I have no issue with earlier Foreigner, their pop-rock but dancing up the later schmalz is painful. Sadly Ian McDonald just died. He formed Foreigner with Mick Jones and Lou Gramm after leaving King Crimson who he also formed with Fripp, Michael Giles, Greg Lake and lyricist Pete Sinfield. All that cool Mellotron and flute, woodwinds and keys on In The Court Of The Crimson King was him. He also co-wrote all but the title track – I’ll forgive anything after that – 21st Century Schizoid Man, I Talk To The Wind, Epitaph, Moonchild and the Mellotron on the title track, iconic.

I bought one other item at the market today, a paperweight, but it wasn’t flat and round like they usually are it was more like a glass salt cellar with colours inside. It is nice to hold and solid in your hand whilst being smooth. That’s another thing I like to buy in flea markets, old paperweights because of the actual weight, the shape, the feel and the colours. But that’s all I could find today apart from what I got from Emmanuel. The records were bad, and I’m not quite ready to read a Portuguese book. I took my camera but didn’t spend any time taking pics because I wanted to get back to the house before Olivia left for the beach with her violin to do a photo session. I’m sure she’ll post something at some point.

I’ve been replacing coke and cake with freshly squeezed carrot, celery and ginger to drink and grapes, kiwi and strawberries to eat. Lunch has kept the brown bread rolls but has incorporated a bowl of arugula with olive oil, radishes, cucumber and avocado. Swimming and gyming five days a week and I may have a chance. It seems that keeping fit and eating well is also addictive. It’s okay to replace one addiction with another when it’s bad to good, it just doesn’t work the other way. 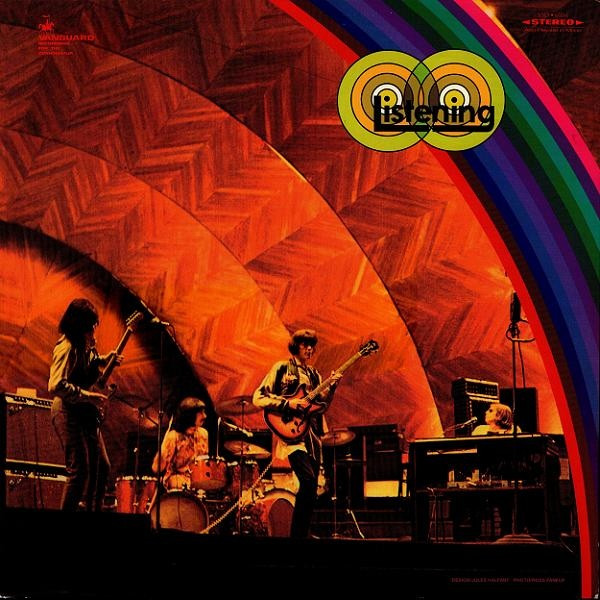 Off to bed because I have a Tony Arktik Lake sesh early Sunday morning but I’ll leave you with Music Of The Daze which I discovered after reading about The Psychedelic Supermarket club in Boston. Many known bands played there but also lesser-known local bands. One of them was called Listening, the biggest local live band in Boston in 1968. They made one album (s/t, 1968) which is impossible to find but the whole album has been uploaded onto YouTube so we can get to hear this unknown sixties pop psychedelic classic. Enjoy.