Sometimes I just can’t get out of the house. One thing leads to another, the tea box is empty, I have to dig out and unwrap a new one, the kettle needs filling, the cereal box is nearly empty and I have to take the cereal out by hand because the dregs have lots of dust and then it’s a new box and that needs opening. The soya milk is at its end, I have to open another one. The papaya needs cutting in half, the seeds scraped out and if you’re not careful the seeds run all over the floor. All these little things add up to extra minutes. The recycling is overflowing, the dishwasher needs emptying, the cat needs feeding and we don’t even have a cat. There’s always something that takes me beyond the time I have to leave which means I get to the pool later, leave later and have less time to fit things in before the seshes start.

Today was a case in point. I needed to leave at 1.30 PM, I left at 2.10 PM. I needed to be back at 3.30 to leave at 4 PM. We left at 4.20 PM, so everything was a rush. I had to be back for an interview at 6 PM with Gerry for R&R magazine. But first, we had to go into the city. We planned to walk but took the train. We went to the camera shop as we hadn’t heard from them about the cleaning, they hadn’t got to it yet, it seems the camera fixing biz is booming. From there we avoided Tubitek the record shop because time was pressing but we went to the music shop where I bought (on trial) the Orange Terror Stamp. It’s a 20-watt amp in a pedal with a valve in it. I’ve been struggling with the idea of recording guitars that are directly inputed into my studio – this is a potential way to ease that problem until I get myself a room and Vox AC 30s from England. Last but not least we went to see Arlindo to pick up the guitar stands we ordered. Now the rush was on to get to the interview, all because of that lost forty minutes, kidnapped in the pantry.

Olivia stayed in the city to buy some candles and some food from a particular psychedelic psupermarket and I started off up the hill towards home carrying the guitar stands, the pedal and the pressure of the clock. I went up that hill like an Olympic walker and despite the chilly encroaching early evening when I arrived I was hot and my T-shirt was wet. I stormed through the door, threw my clothes onto the floor, kicked off my shoes, dumped the guitar stands and my bag in the hallway and because I’m English, put the kettle on. I found a new T-shirt and made it for the interview, just.

On the subject of the amps in England, the archive and all that jazz, we wait. We have to go through a lot of red tape to make this happen and we are awaiting a response from the Portuguese consulate in London. Then, hopefully, we can find the funds to actually move everything to Portugal. We have a lawyer who will be dealing with the customs and helping us bring the archive and everything else here. Bring it on. 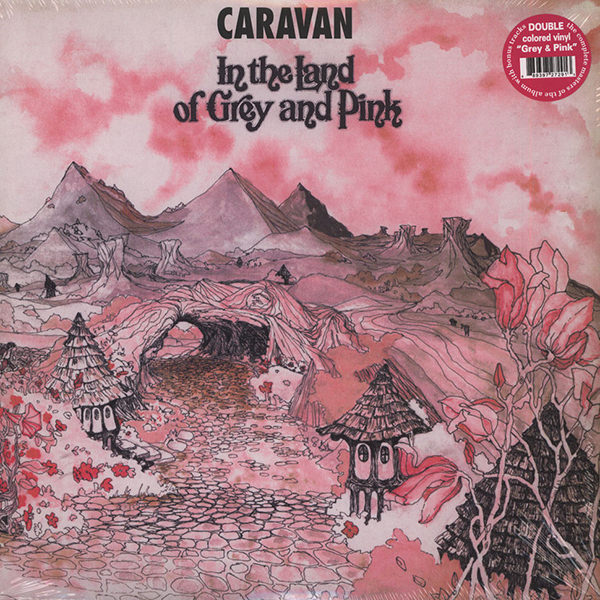 Music today has been Caravan, one of the leaders of the Canterbury scene. In The Land Of Grey And Pink (1971) was their third album and their last seventies album with the original lineup of Pye Hastings, David Sinclair, Richard Sinclair and Richard Coughlan. Keyboard player David Sinclair leaving to join Robert Wyatt’s Matching Mole. One of the great arty progressive albums from a particular branch of the genre. I was always trying to pick out Pye Hastings’ Fender electric 12-string guitar.