It’s raining and it’s needed, rivers are drying up, dams are shrinking, it’s a drought here in Portugal. Just one and half hours away is the ghost village of Aceredo in Galicia, Spain, where the dam that covered the village has now exposed the buildings due to lack of water. The reappearance has created a ghostly atmosphere that evokes myths and legends of a village drowned by the opening of the floodgates on a Portuguese dam. Olivia got up before she went to bed as she had to be up early for an appointment to have her booster shot. When she got there they told her as she’d had Covid recently she couldn’t have the shot. It seems to have happened this way because when she had her PCR test, she tested inconclusive (I tested positive). So there has to be a 5-month gap between getting Covid and getting a booster. In my case, it was a booster and then two weeks later I had Covid, so not sure what the difference is the other way ‘round. Hopefully, all this will be history as the spring arrives and we can get back to our normal/abnormal lives.

Today I was trying to catch up with music I have to listen to, Brian in Indiana’s mixes and the tracks from the album I’ve made from Jerome Froese but somehow his mail hit my spam folder and it was getting late, so hopefully tomorrow after the swim I can listen. I have different ways of listening to music to get a perspective. I have my home studio with powered Yamaha HS7 speakers and I have my stereo with B&W floor standing speakers and a NAD amp. I have Beyer Dynamic DT 250 headphones and I have Bose noise cancellation headphones. Between all these speakers and headphones you get to hear how things sound through different equipment. The idea is to have as close to the actual sound as possible without the sound being coloured by the equipment, but hearing it when the equipment is colouring the sound, might give you the perspective of the people.

For example, my Bose headphones add something that wasn’t there in the first place whereas my Beyers are more true (as recommended by Andreas, who I will be working with on future projects). Most engineers/producers know the speakers they listen to, they know the room they work in and the true sound they are hearing. What’s difficult is the fact that the people who buy the record and listen to the record listen on an array of different devices, the best situation would be for it to sound good on all of them – on the stereo, in the car, on the computer, on the phone and c/- Alexa. In the olden days as soon as we had a mix we’d run down the stairs to the car park and listen on the car stereo to try and get an idea of what the song sounded like on the radio. When you think about your listening equipment vs AM radio or FM radio and vs the studio you recorded it in there’s a massive audio chasm in the sound. It takes a lot of skill to get your music sounding good everywhere. That’s the genius of mixer people, they know something we mere mortals don’t, something about the nature of sonics – then there’s taste. 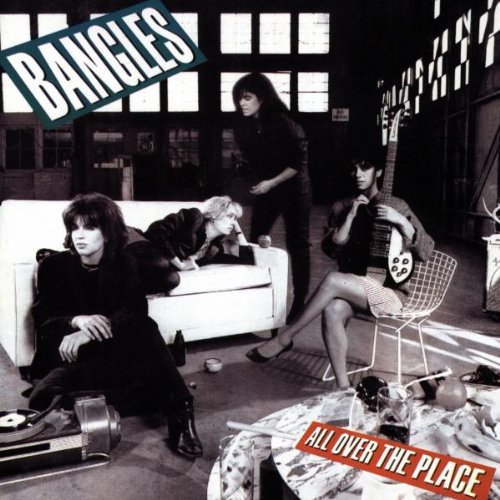 Music today has been The Bangles as they were playing the Rams today in the Superbowl. Their underrated first album All Over The Place (1984) featuring the Kimberly Rew classic Going Down To Liverpool, as well as Hero Takes A Fall and Dover Beach. Great sixties-inspired Buffalo Springfield meets The Mamas & the Papas harmonies and melodies with striking electric guitars.