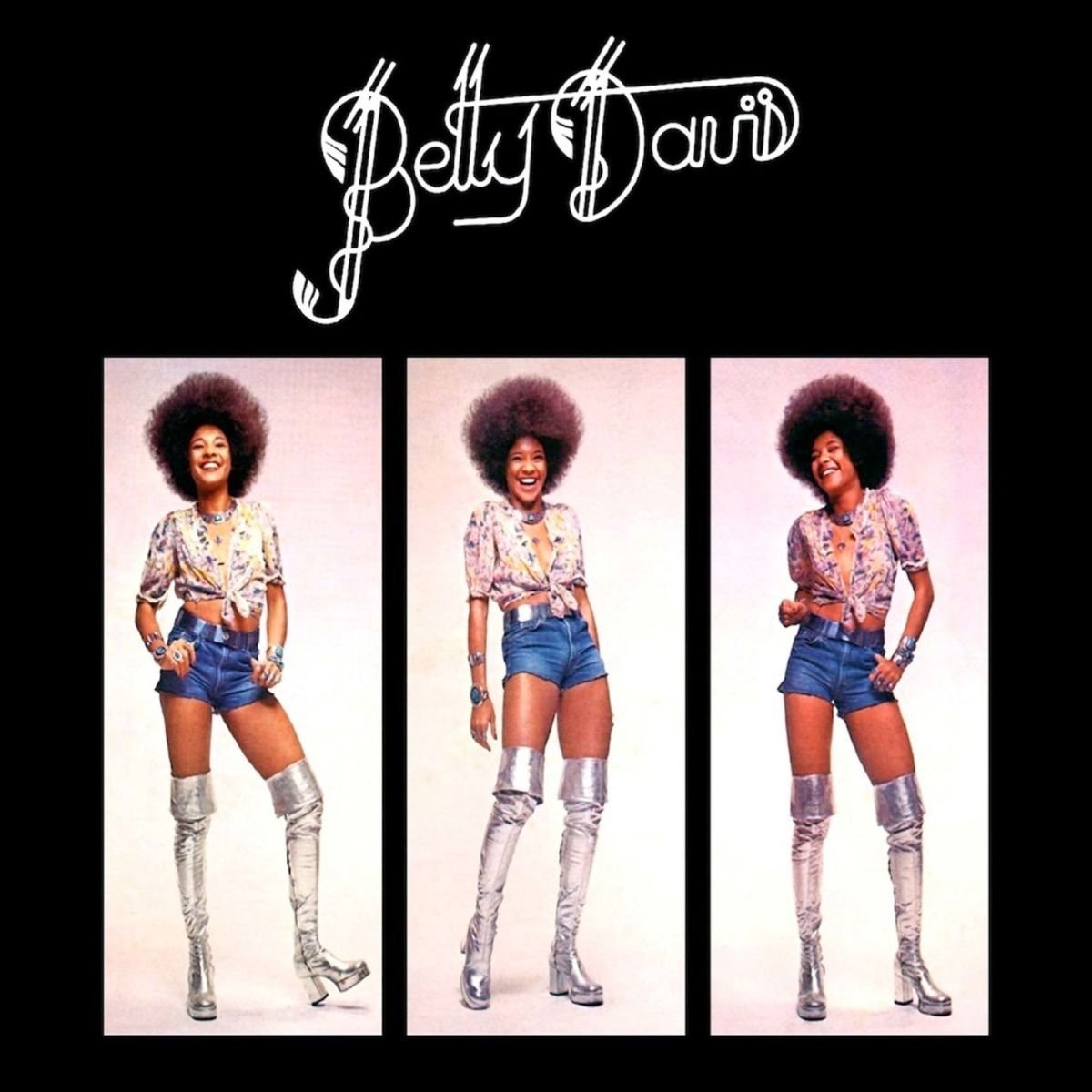 I’m very sad to report that funk legend Betty Davis has died at the age of 77 at her home in Homestead, Pennsylvania. Davis released three amazing albums in the seventies, self-titled (1973), They Say I’m Different (1974), and Nasty Gal (1975). Despite their quality, it seems they were just too raunchy for both the mainstream and the funk audience and they disappeared until they were rediscovered in later years as funk classics. Overtly sexual and raw on track one, side one of her debut she screamed, “If I’m In Luck I Might Get Picked Up” which as a single reached No.66 in the R&B chart. This powerful woman broke down the walls to see people running away on the other side. She must have expressed a wry grin when she turned on the television today and saw what R&B had become visually.

Betty Gray Mabry was Miles Davis’ second wife (previously she had been together with another famous trumpeter, Hugh Masekela). They married in 1968 and she introduced him to the new psychedelic world. She introduced him to Jimi Hendrix and to Sly Stone. Later she would work with Sly Stone’s rhythm section of Larry Graham on bass and Greg Errico on drums who also produced her debut album. Through Betty, Hendrix and Miles became mutual musical admirers and planned to record together, scuppered by Hendrix’s death in 1970.

Legend has it that when Miles was titling his album Witches Brew, it was her that suggested Bitches Brew (1970). This album never would have been made and Miles’ musical journey into fusion never would have happened if it wasn’t for Betty’s influence and circle of hip friends. As a successful model, she appeared in many magazines of the day but it’s also her on the cover of Miles’ album Filles de Kilimanjaro (1969) which includes the 16-minute Mademoiselle Mabry.

She sang, wrote and arranged her own songs (she wrote Uptown on The Chambers Brothers‘ 1968 US Top Ten album The Time Has Come). Since the seventies, she had very much retired from music and a recent documentary found her living very frugally, with no internet, mobile phone or car. There has been reissues and unreleased albums (Is It Love Or Desire – 1976/2009) c/- Light In The Attic Records. She’s easy to find, you just have to look. In the list of people of note from or resident in Homestead (Jeff Goldblum included), Betty doesn’t feature. RIP Betty – Legend.

Tales From The Tour Bus
(watch the whole playlist here)

Back here in reality land, I walked through the Marquês park and noticed the pigeon bench was completely splattered due to the fact that there were no leaves on the trees. It’s one of these situations where you just wanna call them up and say, can we just move the bench from that spot for the good of the public? You don’t usually see such bare trees in such warm weather, I suppose they‘ll start budding soon and the bench will be less dangerous by the summer.

At the gym, the trainer talked me into the elliptical machine, explaining I needed to do more cardio in there and flit between the muscle building and the cardio machines. So I was there for ages pushing it, my knees nearly died, haha.

I bought chestnuts for both of us on the way home, went to the bakery, hit the psychedelic psupermarket and made it back just in time for a sesh with Brian in New Jersey. I fell through the door like a drunk cowboy out of a saloon, not really, but I was so tired out.

Liverpool were on for dinner entertainment beating Leicester 2-0 but at the same time, Ronnie lost to the most famous and successful unknown Australian in the snooker players’ championship, the talented Neil Robertson. Life goes on.