February 8th, 72/22 degrees. The sun was hot on my walk to the gym, my first trip there since pre-Covid. It was so nice to walk there with the sun shining down and at the other end, the bike was waiting. I did twenty minutes, twice as long as usual and pushed and pulled on an array of machines. Two days, four cokes I didn’t drink, it’s a start. Sugar creeps up on you and I didn’t notice until one day I did. Now I think it’s time for the caffeine withdrawal headache. Anyway, all this is necessary as I career towards my mid-sixties at a stupefying pace. I’ll be 64 in May, blink, and it will soon be next Christmas and another year will have gone by. I think that the main goal at this stage is to cruise into the future with as big a chance as possible of making it to the finish line standing up.

I forgot my phone again today although I don’t really need it unless I go to the psychedelic psupermarket and buy cauliflower, broccoli and potatoes and Olivia also goes to a different psychedelic psupermarket and buys cauliflower, broccoli and potatoes. I went to see Rui in the lighting shop and bought a plugboard for the kitchen hoover as the adaptor plug keeps on falling out of the wall as I walk past it. Small domestic tasks that solve small irritating issues. After that to the bakery to not buy chocolate-covered carrot cake and then to the specs shops to see if they could fix my glasses with one of those machines that heat up the arms and make them grab your head instead of falling off your face into your soup when you look down. More small irritating issues, possibly quite easily fixed. From there I walked past the chestnut stand and nearly bought some but remembered that I didn’t have enough cash and then five minutes ago remembered that I did.

Back home, Olivia was out having a violin lesson and I hung up my towel and put away the vegetables, had some lunch and considered the package that came in the post this morning. Michel had tried twice to send me this package from France and it had been returned. Today it finally arrived. Michel has sent me cassettes before and today’s package had more cassettes, CDs, books, a magazine (with me on the cover), a USB stick, an overview as a fan and a letter but today isn’t the day to dig into it, it needs time.

I had two sessions tonight, one with Chris in New Jersey and later Jeff in Ohio. In between, I watched the second half of Newcastle – Everton (3-1) and ate half my dinner. I’m trying to get to bed earlier so I can exercise earlier and have more time in the day. I had a moment with Logic Pro today when I was trying to play something to Chris and suddenly there was no sound. It took a few tries to work it out and troubleshooting is going to be one of the actions of the future. You can play the guitar and bass, sing, write words and songs but you may have to spend more time figuring out how to hear the snare drum than recording your song, that’s the learning curve. 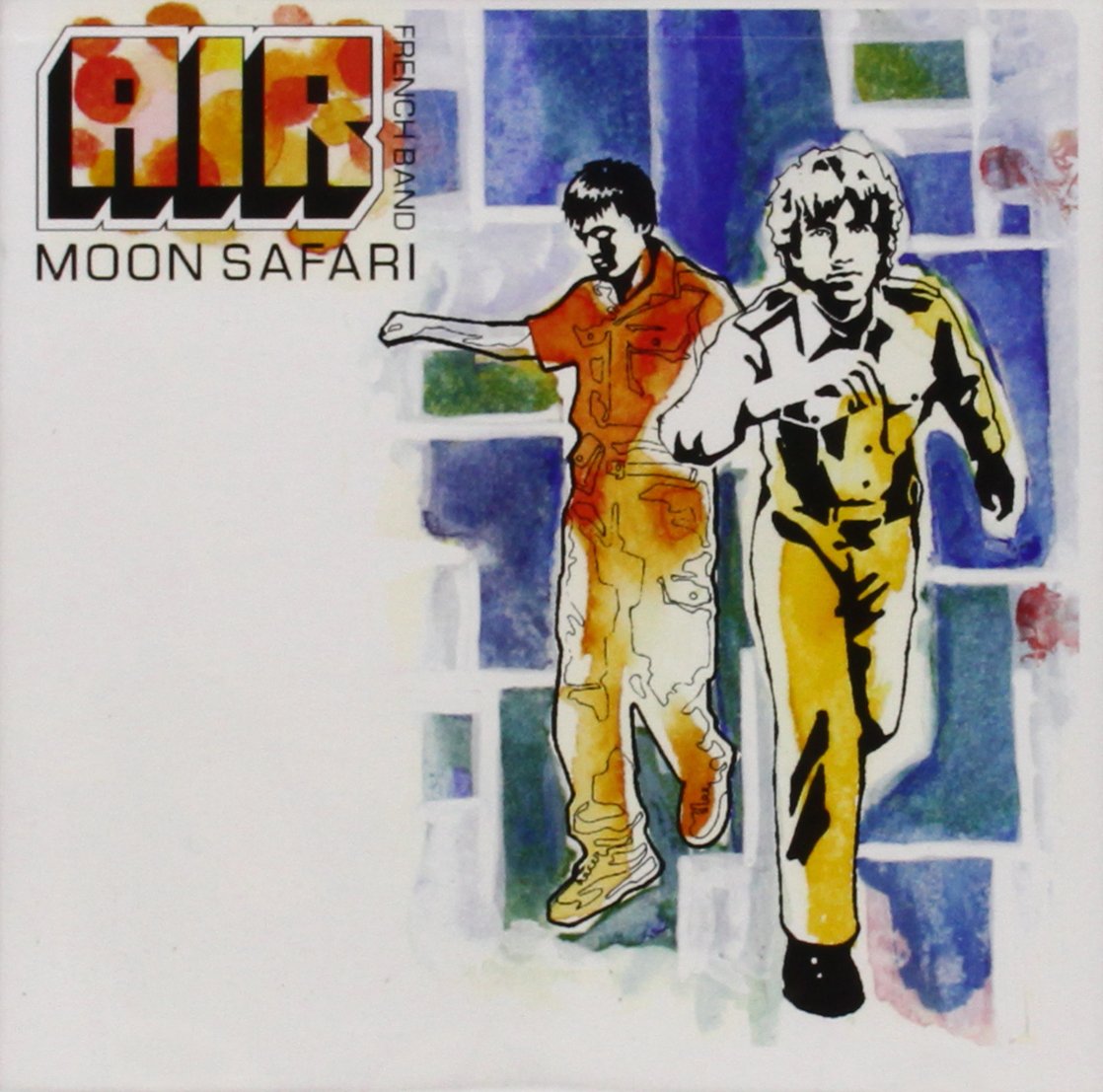 Seems appropriate to listen to some French music today and I have been meaning to dig out Air’s Moon Safari (1998), the vision of Nicolas Godin and Jean-Benoît Dunckel.