Today was the first day back swimming and it was lovely to be in the water again, gliding through the liquid like an alien fish. I imagine the fish wonder what a creature who can’t breathe underwater is doing in the water. They’re not drinking the water, they’re not washing in the water and yet they’re in the water – frolicking. It might be like a fish walking on the land for fun. Freddie Fish and his family have just gone on a two-week vacation where they will be staying in a hotel near the land and hope the weather is nice so they can get out of the water and onto the land, hike, feel the sand between their fins. The shell hotel is just by the water’s edge and it’s a short swim to the beach.

Today I decided on a sugar halt, that is coke and cakes no more. The days of eating anything I want are long gone. So my first task is to try and do without these temptations and see where I am after say a month. Get back to regular swimming and gyming and get prepared for upcoming projects both in the studio and live. In the end, most things are just habit and in as much as you need to get in the habit of reading, creating, exercising and eating well, you need to get out of the bad habits – there’s a bad habits list which often ends up being longer than the good habits list.

When I arrived at the pool I was greeted with a hug by Vera the receptionist and she told me that they had sent me an email asking where I was as I haven’t been there for a while. Welcome to Portugal. I didn’t have a lot of time to swim. I went there earlier than usual and arrived in the middle of a swim sesh. I got into the water and got talking to Guru, an Indian guy who was studying architecture in Portugal. By the time I started to swim half the time was already gone and I didn’t count any lengths, I just went through all the strokes including swimming with a float and kicking my legs. It’s actually a very strenuous exercise and amusing when you are kicking like crazy and not moving forward.

It was a lovely day and I went to the psychedelic psupermarket on the way home to figure out what I could eat if I wasn’t eating cakes. I settled on strawberries and that’s the trick, replacing bad stuff with good stuff but attaining equal pleasure. It’s like sugar in your tea. I remember drinking tea, English-style PG Tips probably, some milk and two spoons of sugar. One day I was given a cup of tea with no sugar in it and I didn’t hate it. That led to me trying it again with no sugar and eventually I no longer needed sugar in my tea. In fact, I couldn’t bear it with sugar anymore. I broke a bad habit.

At home I had a sesh with Matt in Brooklyn, followed by a meeting with Jerome and Stephen at the label about the new project. There will be more on that as we get it moving. 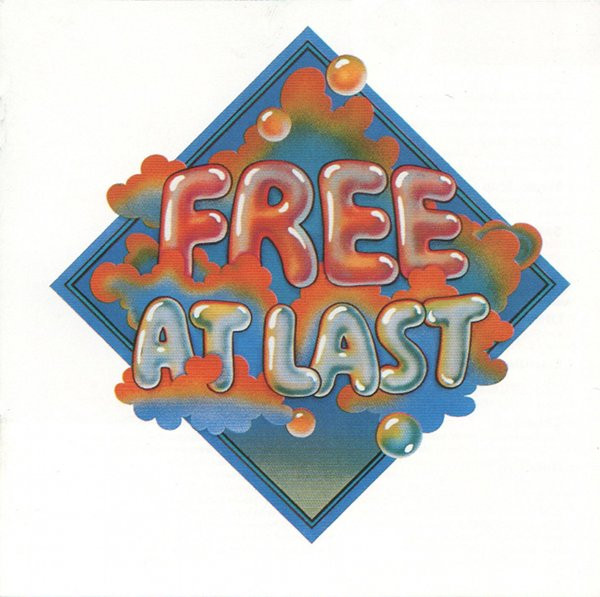 Music today has been Free – Free At Last (1972). It was their fifth and second last album with the band already disintegrating after reforming for this album. There was a hit single with Little Bit Of Love making it to No.13 on the UK chart. I played this Free album randomly just to play an album by a band that went into the studio together, recorded together and captured the feel of the songs together. A band that generated the sounds on their instruments by the way they touched them and chose their instruments because of how special they were, like the players. Each member with a unique style, Paul Kossoff on guitar, Andy Fraser on bass and keys, Simon Kirke on drums all behind Paul Rodgers‘ natural voice. I always loved Free.