Today was market day in Marquês and I went for a stroll around just in case I found a nice ornamental skull, some Wire magazines and dinosaurs for Olivia. As it happened, I found an ornamental skull, some Wire magazines and some dinosaurs for Olivia, Olivia’s favourite being the pterodactyl which, believe it or not, I know how to spell. I’ve bought Wire magazines from Emanuel in the market before (plus he was the man I bought the Catherine Wheel album from). The skull was a nice find, red, patterned and different to the others I have. The magazines are for the archive, 1€ each, the first one on the pile had Scott Walker on the cover. So where was Olivia? Well, she was in town meeting her friend Gardenia – at the cat café! The stall lady where I bought most of the dinosaurs asked where Olivia was and she told me she was a dog person. Olivia said there was a dog looking over the balcony at the cats wondering how the hell to get down there. But I’m wondering are there rat people and goldfish people and parrot people? You only hear people call themselves ‘Dog People’ to differentiate themselves from being ‘Cat People’. When I was a kid we had a dog and a cat which made sense to me.

I dutifully went off to the psychedelic psupermarket, mistakenly taking with me an IKEA bag to carry the shopping back. I was hoping not to have to carry a wardrobe back especially with my history of colliding with Portuguese women in the street. A cat ran dangerously across the road where last week a driver was speeding beyond reason, today the cat survived. Further up the road, a woman came out of a doorway with her dog and the dog immediately did its business right there and then, no sniffing or walking or park, bang, outside, do it. I guess that’s having a dog versus having a cat, one of the key responsibilities. Then there are the vet bills for both. Loving your cat and/or your dog can be an expensive business. You love your animals so much and will do anything to save them. How could anybody be cruel to animals?

We finally watched The Dig (2021) tonight, we managed to watch My Octopus Teacher (2020) and Part 1 & 2 of The Beatles – Get Back (2021). Finding time for these things is hard and with the death of Monica Vitti this week it reminds you of the classics you may have missed especially in foreign cinema. I read that there’s going to be a Lord Of The Rings TV series, I wonder what that’s going to be like? But for me, with all the series you can watch these days, with some of them such as Game Of Thrones and The Walking Dead, they’re just too brutal, I can’t keep up with the decapitations and the cruelty but then I don’t like horror movies either. As far as I understand it, being scared half to death is the point but that isn’t my idea of fun. I do like a Tarkovsky film though, that might explain my cinematic taste, with the odd sci-fi blockbuster thrown in for good measure, unless it’s soap opera instead of space opera.

I watched some FA Cup highlights, caught up with some Swedish and did my best to keep up with all those people in the Duolingo Diamond League who are dedicated enough to get there and probably dedicated enough to stay there. It’s not exactly fierce competition but it’s motivation to keep it up and learn something every day. 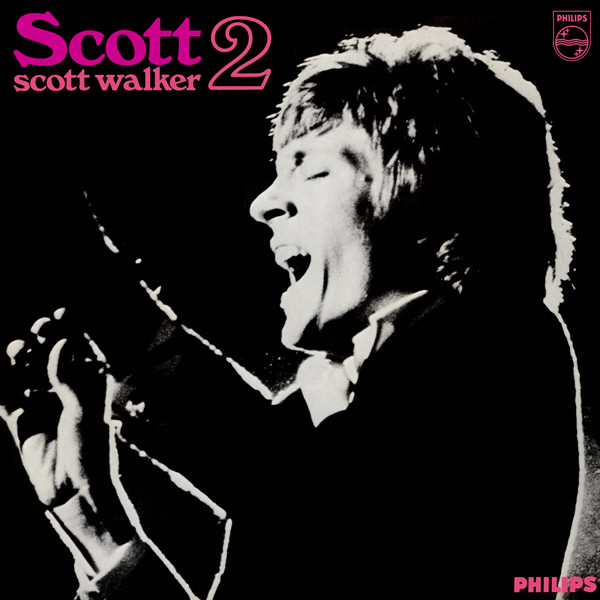 Music today has been many things with random playlists echoing in the background but the main amazing record I heard today was Scott Walker’s Scott 2 (1968). Possibly inspired by that picture of him on the cover of Wire magazine. The voice, the lyrics, the songs in general, the sound, the production, the orchestration, it really is wonderful. He died in 2019 aged 76 but his music truly lives on.

The Utter Madness Of Scott Walker’s ‘2’