Today sessioneer Fred was stranded in Chicago because his flight was cancelled due to the weather. So he wasn’t making it home to Minneapolis and had to postpone the sesh. Because of this, I went into town with Olivia where she was getting one of her eight ears pierced (helix). I’ve come to the conclusion that you need two ears per language and so she must have eight. After piercing we went to a secondhand shop we saw and I bought some secondhand albums, cheap, cool, Richie Havens, Isaac Hayes, and more. Olivia stayed a little longer than me in the shop next door, also a curios shop, and I went to the café to order in advance but forgot what Olivia wanted, so I sat and waited for her. Soon we had our drinks and were talking to two seventeen-year-old Portuguese girls both called Mariana about if there are two words for floor/ground and two words for an inside and an outside wall in Portuguese?

This is the thing with languages, we differentiate and consider the importance of differentiating things differently. Ha, quite a mouthful, but other languages are just that and you’ll be happy to know (or maybe not) that I won’t tell you the difference between Swedish, German, Portuguese, French, Spanish and English in their vocabulary. The importance of differentiating between an outside wall and an inside wall or the ground versus the floor is more important in one language than another. Phew! That’s why knowing languages is fascinating and allows details to be described differently because of how the ground or floors and walls are perceived. Haha, have I lost you yet?

The girls in the café were super cool and we talked to them for a while about music and the creative spirit and its sometimes disciplinary bedfellow. Whilst there, Olivia’s dad Gerd called me because I called him about a brand of lava lamp bulb, Narva, made in Germany. Yes, still talking about the damn lava lamp bulbs. He’s coming to visit soon by car so he can possibly bring ten thousand bulbs.

We left and went to the guitar stand shop and bought the last two guitar stands. My bass and my Strat keep on sliding down the shelf they are leaning against, not anymore. The man in the guitar shop, Arlindo, is a classic Portuguese friendly man in his seventies and we were asking him all kinds of questions about electric blue violin cases and metronomes and guitar pedals and he was happy to accommodate, but not in English.

We dropped in at Tubitek, the record store to ask about the new Warpaint album (May) – all the new albums I want aren’t out yet. Around the corner is the camera shop and my camera needs a service, a clean and I figured that after ten years it was time. The lady in there was helpful and with a catchy name, Rita Rente, and she took my camera into the camera health spa for a massage and some TLC. Olivia asked me if I wanted to walk home or get the train, I said I wanted to walk because I’ve been in so much I was just enjoying being out, breathing the cool air despite my legs screaming from below, no, no, get the train, get the train! We went via a city bakery and bought something with custard in it, haha and also some very heavy bread from another very cool lady. It was ‘Day Of The Very Cool Ladies’.

As we approached home the ladies of the night weren’t there, one of them was there on the way into the city, “Olá”, big smiles but now it was dark, Olivia got dinner ready and I was tidying up and putting things away. We watched Manifest while we ate and after that, I had a sesh with Noel in England. We talked songs, Gibsons and amps, perfect. 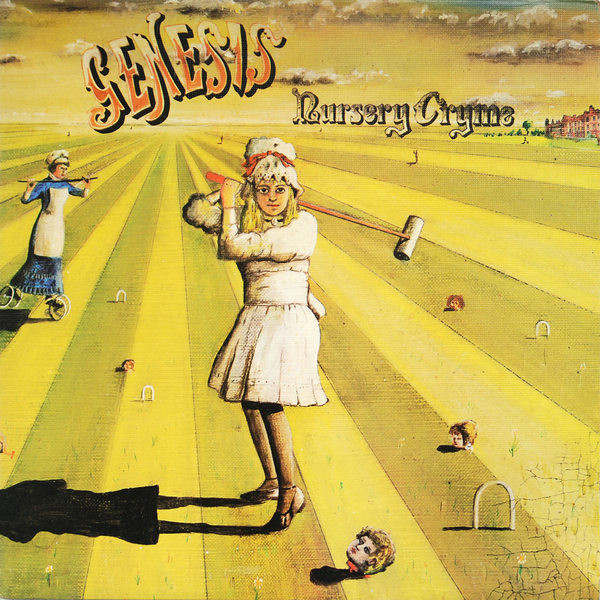 Music today was Genesis‘ Nursery Cryme (1971). It’s one of the albums I play to stir Olivia from darkness into light, sleep into wakefulness, it always works. It’s one of the great progressive albums of the seventies.