Can you imagine that anyone could get joy out of visiting the psychedelic psupermarket? Even when it’s psychedelic and all the products are bright colours, striped, red and silver patterns, purple triangles, swirling fruits, surreal sugar shelves, musical mushrooms, dancing drinks and pink vibrating soya milk. But it’s not the roaming around the labyrinthine shelves, or stocking up with colourful supplies, it’s being outside, the walk and the fresh air. I went to both P.P.s today, opposite directions, one further away than the other, heavy bags, forgot the papayas but at least I was out. Sometimes I’m inside with seshes, writing and studio learning all week, and in a week like this week with eleven sessions and two big meetings it means that I can’t stray too far from the nest. I haven’t been swimming either, first because of Covid, then after I tested negative, I still had a cough. I’ll start again next week after this busy period but I’m getting a ‘Studio Tan’. I’m also looking forward to the next trip to the river at the bottom of the city, just to sit there and appreciate where we live in beautiful Porto.

In the second psychedelic psupermarket, the one that’s furthest away, I had stripped the shelves of vermillion vegetables, aqua blue avocados, green and yellow-spotted grains, black pasta and white mottled brie and made my way to the cash register. In front of me, a family of three, man, woman and child, father, mother and daughter, I presume. But the man had the longest hair you’ve ever seen. As I’m famous for talking to people in cash register queues I said to him, “Wow, how did you manage to grow your hair that long?”. He told me that he’s been growing it for 15 years and he’s now 36. I told him I was 63 and my hair doesn’t grow anymore (fact). He had a guitar on his T-shirt. I asked him if he played and I asked him what kind of guitar? He told me he makes guitars! The people you run into in the queue. So Jorge and I are now FB friends and he’s going to give me some tips on luthiers in Porto for any setups I may need. As it happens in the other psychedelic psupermarket, a man in the queue talked to me! He said, “I know you”. I didn’t recognise him with the mask. He was a friend of Ricardo Salazar who put on the Porto Pop Festival with interesting talks by Don Letts and my friend Vivien Goldman, Darryl Bullock, and John Robb amongst others. We met Ricardo for the first time in a Porto park. He had also been there to meet Ricardo with their kids. You meet someone once briefly, months later they recognise you but they have a mask on, can you recognise someone masked just by their eyes, their gait, their demeanour, their vibe, their aura?

Yesterday I was producing sessioneer Craig’s vocals in Atlanta from my nest here in Portugal. It was an experiment that worked. A proper studio, Gopal engineering, sending me a mix feed. Interestingly I never actually saw Gopal, I only heard his voice. I played guitar on one of these songs, and Craig generously gave me a writing credit for a riff I came up with. We are going to do a couple more like this. It works having someone else critique and help with singing rather than trying to engineer it and sing it yourself. I had two other seshes today, Matt in Brooklyn, Jeff in Ohio, both engaging conversationalists, both with vivid imaginations and musical ideas. Jeff told me they recently had 16 inches of snow. It sounded attractive when you live in a city that’s at sea level in Southern Europe. We wake up to blue sky and in January we shop in shorts. 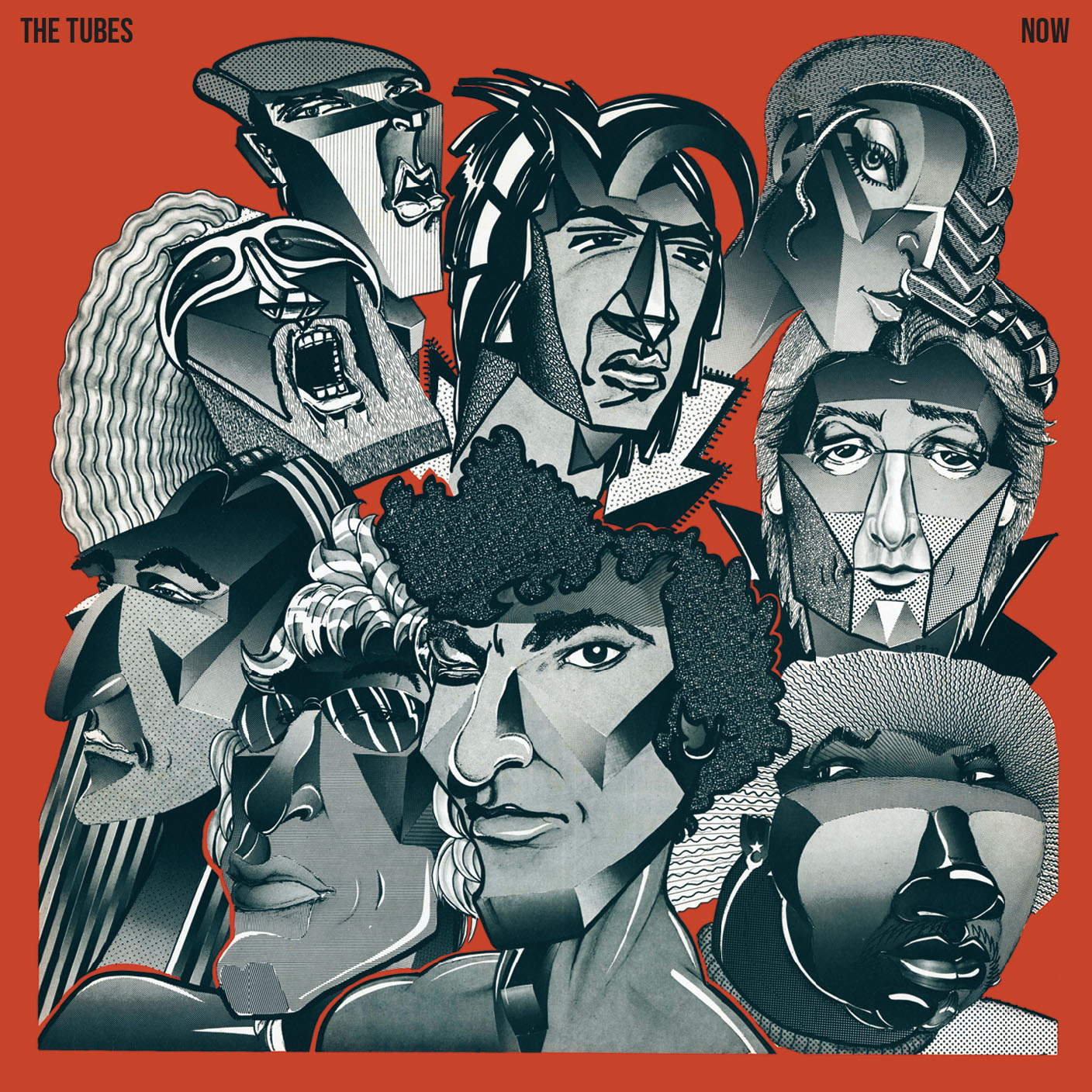 Music today was one of my fave albums, The Tubes‘ Now (1977). A strange mixture of catchy, cabaret rock punctuated with an eight-piece band and singer Fee Waybill’s characterful voice. There’s a cover of Captain Beefheart’s My Head Is My Only House Unless It Rains from Clear Spot (1972) and Lee Hazlewood’s This Town, recorded by Frank Sinatra on the 1967 album The World We Knew. A collection of self-penned classics like the opener Smoke (La Vie En Fumér) written by guitarist Bill Spooner, synth player Michael Cotten and keyboard player Vince Welnick. Spooner and Welnick’s Hit Parade and Cotten and Welnick’s You’re No Fun. Don Van Vliet (Captain Beefheart) plays sax on Cathy’s Clone. The album production is credited to John Anthony, think VDGG, Peter Hammill, Home, early Genesis (Nursery Cryme, 1971), Roxy Music‘s For Your Pleasure (1973) with Chris Thomas, and the debut Queen album (1973) with Roy Thomas Baker. But now was finished by Bill Spooner and the engineers – that’s another story.