I was rudely disturbed from my sleep this morning by someone relentlessly banging something somewhere in the building. I thought it will be easier to take if I know what they’re doing. I came to the conclusion that random banging was worse than banging that I could understand. I imagined it was someone hanging pictures, hammering small nails into a wall, this gave me the advantage of imagining an end to the noise. And it worked, because it eventually stopped and because I’d made sense of it had a time limit instead of seeming eternal. Still, the problem was it happened a couple of hours before I was getting up and I’d planned for eight hours, six isn’t enough and although I dozed in the last two hours, it’s not the same as uninterrupted sleep and six hours simply isn’t enough for me. So I got up too early and headed towards a free Saturday.

I got up early to watch Man City – Chelsea (1-0) and the snooker semi-final Robertson – Williams. Good game, great semi-final, but I won’t go over it, you either like it and watched it or you didn’t and don’t. When it was over I decided to do something unusual – go out! I think it’s over a month since I’ve been into town and I live in town. Olivia and I left together but she took the train and I walked because we were going to different places. She had to return her new boots which broke the second time of wearing (zipper) and I was heading to the record store where we would meet. So, off I went, wow, it felt like an adventure. I walked past the ladies of the day and exchanged greetings, they were full of smiles. A slight chill was in the air but the walk kept you warm. Ten minutes later I was in the thick of the city of Porto. I don’t know if it’s that I’m used to empty streets (or no streets) but the city was packed with people. I suppose it’s Saturday afternoon, there’s been a lockdown and people are out for the shops and the cafes. It was buzzing and I thought if it’s buzzing now what’s it going to be like with no Covid restrictions and all the tourists back on a lovely summers day?

I went into FNAC for a quick look in case they had a January sale on in the record department, they didn’t so I went to see Jorge and José at Tubitek. It’s great to find a really cool record store, informed, friendly, helpful. I asked a whole lot of questions about upcoming albums, Beirut, Bon Iver, Jack White, Wet Leg, Spiritualized and if they can get me the Colin Blunstone dbl reissue of One Year (1971/2021). I looked at the pricey Bowie – Toy 10-inch box and thought I might have a listen first as I already have the bootleg album version. I inquired about FKA Twigs – Caprisongs (2022) and re-bought the re-issue of EP1 (2012/2016) because some records you need a spare. I also bought The War On Drugs – I Don’t Live Here Anymore (2021) on blue vinyl.

We left the record store and walked through town to the Codfixe shop which is some kind of designer chip shop, ordered take out and got an Uber home just in time for the second semi-final Trump – Hawkins. Tomorrow is the final Hawkins – Robertson in two seshes, afternoon and night, and talking of seshes I have three tomorrow, as well as Liverpool – Brentford, language lesson and blog, I’d better go to bed. Also, Nicklas from Anekdoten sent me a potential setlist for our gigs this year, phew, only three months of practice available, better get to it. 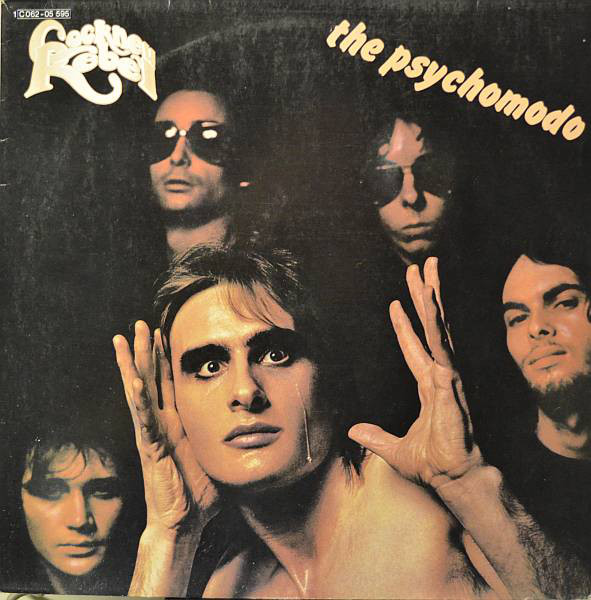 Music today was one of my fave seventies albums, Cockney Rebel’s The Psychomodo (1974). I love this album but I just have to go to bed and let you discover it for yourself.