I was out in the street today (yay), more just looking for an excuse to go out rather than desperately needing anything, I thought I’ll take my camera and find something to take a picture of – anything. It was a nice day, blue sky, and I walked up to the Marquês square and looked up at the bare trees which were striking with their crooked fingers against the backdrop of blue. I saw the kiosk in front of me and it seemed so, I don’t know, authentic? I hadn’t noticed it in this way before and I realised that it was the two weeks indoors, telling me to appreciate things and not to take things for granted. So I raised my camera to my eye, click, nothing happened. I’m sure there’s a rule book somewhere that says, “If equipment has not been recently used, check out that it is functioning properly before you try to use it”. So the revelation of newfound appreciation for simple things was sadly not captured but maybe you’d have to have been inside for two weeks to appreciate today’s normal through my eyes, to anybody else it would have just been a kiosk on the side of a square.

Whilst out I went to the shop where I bought the last two lava lamp light bulbs. I switched on one of the lamps this morning and the bulb blew, it hadn’t lasted long. We needed two bulbs above the stove and I went hopefully into the store with the cardboard box the lava lamp bulb came in knowing that the man (who was very nice) had sold me his last two bulbs and had no more. I thought, well, I might as well bring it up again whilst picking up the two bulbs for the stove. I showed him the cardboard box and he said no he had no more as I knew he would and then I think I used the word “tragic” or perhaps that was in reference to the whole LED takeover. He repeated the word “tragic” and came from behind the counter and picked up a very tradesman-like looking catalogue and started leafing through it. He asked me to show him the box again and noted a reference number. “Here it is,” he said, they are still available for order. WHAT?! I ordered 20 on the spot. The moral of the story is never give up on lost causes.

I went past the psychedelic psupermarket on the way back and picked up some grated cheese for Olivia and searched for queijadas at the bakery counter, again on the off chance that they would have some. Olivia was there yesterday to no avail. I walked up to the counter and there in the display case were ten queijadas. I said to the lady I’ll have them all (rare to see ten all at once). She then took to explaining to me very thoroughly in Portuguese that I could only get the discount price on lots of four. She was so concerned that I might have to pay some small amount more for the extra two that eventually I said fine, just give me the two lots of four. That seemed to make her happy and that made me happy. On the way back home I looked in the window of the cafe on the corner, the nearest cafe to us on our side of the road. It always seems to have a lot of locals in there but there’s five cafes in the thirty seconds it takes to go from where we live to the square, how do they choose? Each place must have its own special vibe and clientele. In there was an old man, even older than me, with the newspaper open on the sports pages and I wondered if he’d been going there for decades, I’d wondered the same thing about this lovely lady in the bakery.

The landlord’s assistant came by with two Portuguese plumbers today to look at all the leaks, the kitchen sink, the dishwasher, the sink in the bathroom and we talked about the lack of fire escapes and smoke alarms in this building, it seems that there’s not much attention to that kind of thing here in Portugal. We live on the fifth floor and Olivia has ordered a very long roll-up ladder that we can have as a safety option. I’m sure some of you will have seen the terrible fires and loss of life in Philadelphia and New York in recent days and then there’s the Grenfell fire in London. Viv Stanshall died in a fire, as did Steve Marriott, as did Monica Zetterlund. 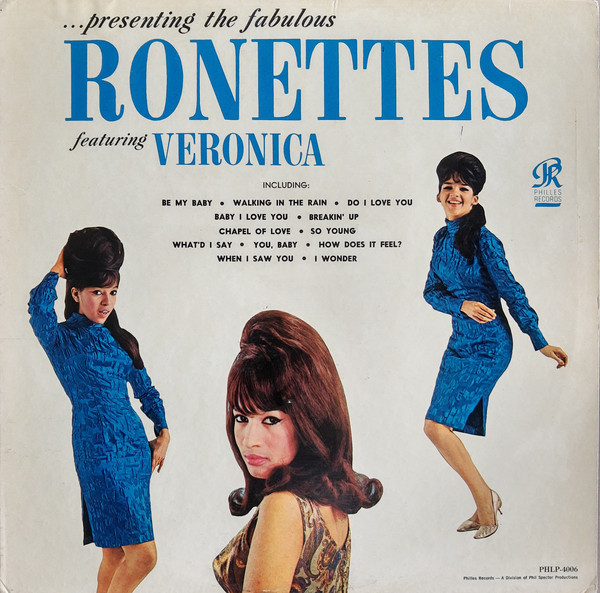 On the awful subject of losing musicians, I was sad to see that Ronnie Spector died today. She was on the bill when I played with The Saints in New York at Joey Ramone’s annual birthday bash. I know her keyboard player Joe McGinty from living in New York and I know he and a lot of fans of Ronnie and The Ronettes will be grieving tonight. What a voice she had! They toured supporting The Beatles in the US and The Stones supported them in the UK. You will be familiar with their Phil Spector produced singles with his famous Wall Of Sound. Be My Baby (1963), Baby, I Love You (1963), (The Best Part Of) Breakin’ Up (1964), Walking In The Rain (1964) being their most famous. If you are yet to discover their album “Presenting The Fabulous Ronettes Featuring Veronica” now’s the time. Ronnie Spector (Veronica Bennett) died today age 78. RIP.