I try my best to take Saturdays off but the problem with that is differentiating between a day off and a normal day because they might incorporate the same basic things. Working with music means that your job is your passion and when you’re not working, you are doing the same thing to relax as you do when you work. Today was a little different because of yesterday’s mega seshes and meetings with an ocular migraine and language lessons with writing escapades that didn’t let me get to bed till 6 AM. So, I decided to stay in bed for 10 hours, got up at 4 PM and longingly looked out at the fading day. Sessioneer Brian in New Jersey re-sent me the Logic Pro tutorial, but is that something to learn as work or on a day off? You see the problem? This brought me to the second conundrum on a day off – do I catch up with emails? Or do I watch the first episode of The Beatles’ Get Back? Well, you can guess which one won but was it pleasure, relaxation or work-orientated? All I know was it made me sad to see such talent falling apart, not creatively, not really even personally but because all good things have to come to an end because change is the only cure.

It’s a little chilly in the house today but I realised a couple of days ago that it is actually getting lighter, even if it’s only a minute a day. But if December 21st is the shortest day and today is January 8th then we already have 18 minutes more light which seems like a lot although I don’t seem to have noticed it – but that could be because I’ve had to stay inside since the beginning of last week. We definitely get the underground feeling living in Portugal because we have shutters and no central heating so as soon as the light has gone, the shutters come down and the curtains are drawn just to keep the heat in. We don’t get to peer out at the night, not yet, it needs to get a little warmer first.

So we’re washing the dishes in the bathroom sink with the dish rack in the bath. We have been in touch with the landlord about the leaks but we need to be sure we are Covid-free before they send a plumber around. The other issue is that we are so used to the dishwasher that the greasy items are going to be tricky in the bathroom. There’s no plug and banging around in a bathroom sink with glass and crockery isn’t ideal. So we are working on non-greasy, limited pots and pans and plates for dinner. There’s take away but apart from avocado sushi, I’m pretty limited – I don’t eat pizza and there’s also a lockdown. Covid, lockdown, leak, it could be worse and in three days all those things will have gone away – we hope. We’ll survive, we have leftover German Christmas goodies.

With the death of Sidney Poitier, a great man in his nineties (he was 94), I was thinking about David Attenborough, another great man in his nineties (he is 95) and consequently decided that I will watch the upcoming series The Green Planet, not just because it will be amazing but because he is amazing. But that series doesn’t start until mid-January, so I had a look on the iPlayer on the BBC and saw there was a programme there presented by him called Wonder Of Song so we watched that over dinner (yesterday). It was fascinating as his programmes always are but apart from the song of the humpback whale and lemurs and the complex songs of different British birds and others, there was also a segment about the lyre bird and their imitation skills which really was quite unbelievable – hearing the bird imitate a camera or a siren was quite something:

Then there’s the part about their dance and scaring their mate into mating with them! When we talk about the wonders of nature, we must also include David Attenborough. 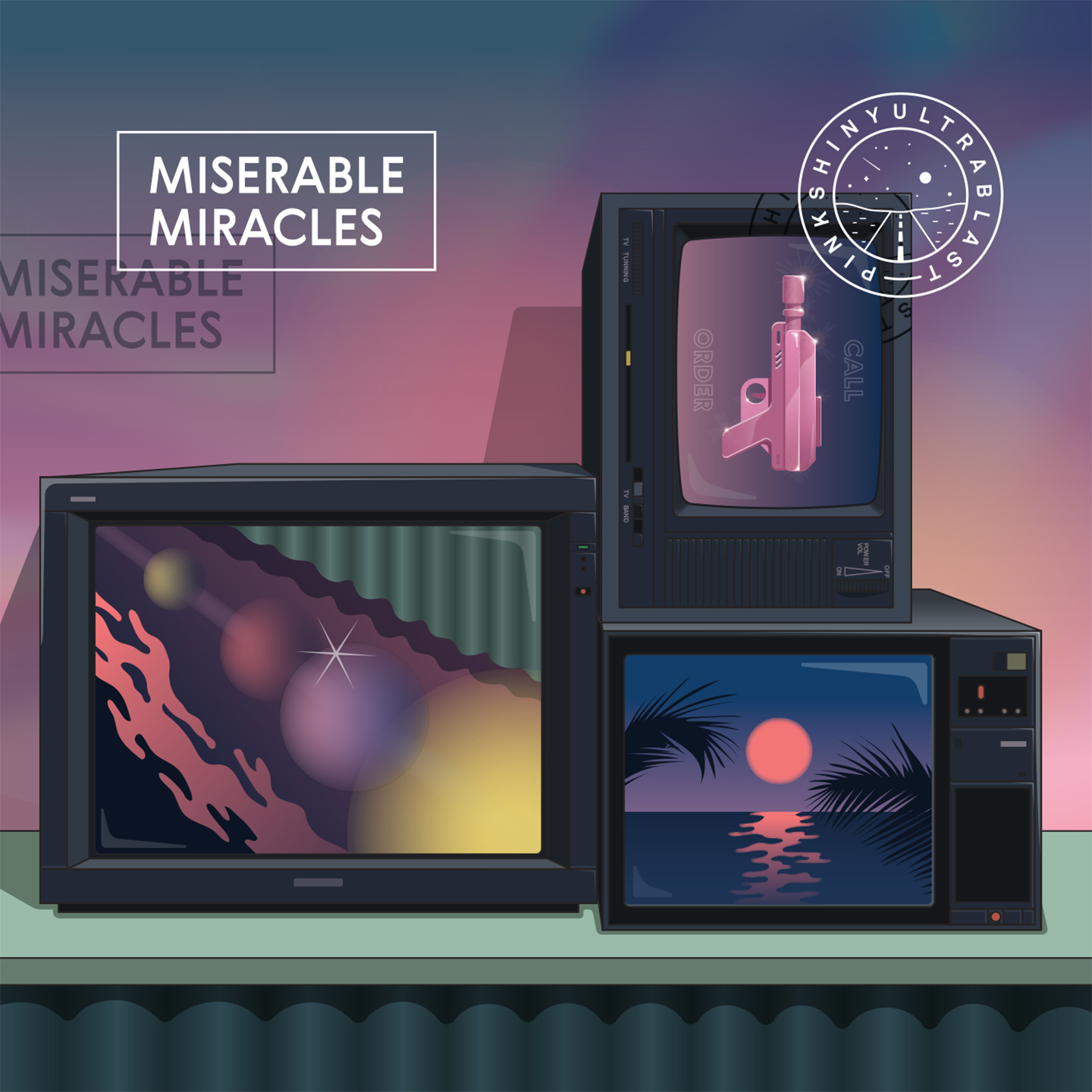 Music today comes from Russian electronic shoegaze band (yes you heard that right) pinkshinyultrablast and their album Miserable Miracles (2018). A tip from Anekdoten’s Nicklas Barker, they’re an irresistible blend of the styles I mentioned with a girl singer. Keyboard-heavy, bass, drum machines and great melodies.