I started the day with the ‘eye thing’ but sat in front of the goggle box (seventies vernacular) until it passed. I had a sesh at 5 PM with Matt in Brooklyn and thought that I might have some time to listen to more sessioneer Fred demos beforehand but the eye thing makes you lose concentration, gives you a dull pain in the head and after breakfast and liquids, hot and cold, followed by dilly-dallying (17th century vernacular) it was time to speak to Matt. Matt, always a pleasure, made me forget my head and we solved all the world’s problems and listened to his songs. Afterwards, I remembered my head and reattached it before tea and got into the Fred demos which lasted all the way till dinner and then…

Both Matt and Dare had sent me emails months ago to tell me to watch a particular documentary on Netflix – My Octopus Teacher (2020). Tonight was the night. Brian in New Jersey had to postpone due to Covid issues and we usually watch something over dinner anyway, so although this was a little longer than an episode of a series it was only an hour and a half long. What a beautiful piece of work it was and it will have you amazed at how a man could form a relationship with a mollusc. Sensitive, fascinating and eye-opening, this incredible creature will astonish you with its skills, intelligence and ability to change colour, shape and texture as well as its ingenuity and quick decision making. Watch it if you can.

As America tonight tries to hold on to a democratic dialogue, here in free Portugal, the third most vaccinated country in the world after Pitcairn and the UAE, we longingly look out of the window and imagine what it might be like to walk into town. A message from the doctor to me today (not to inconclusive Olivia) came with a form that needed filling in to describe my present condition based on the fact that I tested positive on Tuesday’s PCR test. So, tomorrow I hope to get the nod, or at least an idea of when I can leave the house and make that beautiful walk to the psychedelic psupermarket, the bakery or into town. To wander down the aisles picking up products with abandon, to wildly run through the cabbages and the cauliflower, to immerse myself in the cereals, drown in the sparkling water and lie amongst the loaves. Crazy dreams.

As I haven’t had time to seriously sit down and learn my home studio as yet I was glad of my cassette player last night as I was tinkling along on my Strat through the Ibanez effects unit and came up with a really nice arpeggio and melody. How long will it take me to learn? What do I have to stop doing to give me the time to concentrate on this task? How do polymaths like Stephen Fry learn so much, achieve so much, have so much output? Where do they get the time? I suppose focus is the key, prioritising, so can we not luxuriate on the couch with ice cream and a Netflix series? Can we not watch the football? Must we dedicate 24 hours to our work in order to achieve our goals? From my point of view, it’s balance but you have to dedicate yourself to your dreams, so the scales are tipped. 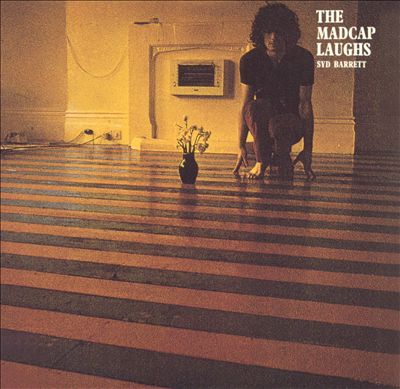 Music today hasn’t been Gentle Giant’s Octopus (1972) because I was playing that album and posted it recently so I listened to Syd Barrett’s The Madcap Laughs (1970) as there is a track on the album called Octopus. The album was recorded in sporadic sessions after Syd left The Floyd in 1968. Although it was released in January 1970 in England it wasn’t released in the USA till 1974. It reached No. 40 in the UK charts. Octopus was released as a single. The album is a collection of songs by an eccentric genius who is falling apart and as it collapses in front of you, you still wonder at Barrett’s creative mind.