The super-efficient Portuguese health system had our PCR results waiting for us when we awoke, getting the email to us in under 24 hours. Result! Yes, I just said that. And I can confirm that I remain positive for Covid despite being on the mend. Olivia’s result was inconclusive but she got Covid two days before me so she probably has a lesser ‘viral load’. What it means is that I still can’t go out, possibly until Saturday. Apparently tomorrow a doctor is going to call and tell us what to do. Although the worst is over it’s going to take a little more time before I will test negative but hopefully, that will happen in the next couple of days. To reassure anybody out there, I am vaccinated, I had the Johnson & Johnson and had no side effects. I then had a Pfizer booster and a flu shot with no side effects. Two weeks after my booster I got Omicron and suffered mild flu symptoms, achy, extremely runny nose, cough and congestion. Ten days later I feel fine despite continuing to test positive. Olivia had two Moderna vaccinations. Because of her age, she has not been able to get a booster shot yet. She had slight effects from her vaccination, mainly tiredness and a minor fever. She caught Omicron and as I previously said, tested positive two days before me and had similar symptoms and is now inconclusive. She thinks she caught the virus from her Portuguese class where she was informed that someone in the class had tested positive. We won’t be able to comment on how Covid might have gone for us if we hadn’t been vaccinated but as we get back to health I’m glad we were/are.

So another day inside but we are stocked up since our grocery delivery and will be ok until we can venture out again. I had concentrated sessioneer listening to do today anyway, a song from Brian in Indiana, a song from Craig in Atlanta and getting my teeth into the 150 songs that Fred in Minneapolis has sent me, I managed 16 today and will listen more tomorrow along with seshes with Matt in Brooklyn and Brian in New Jersey. I watched Chelsea – Spurs (timed perfectly, 2-0) and I’m waiting to go get hold of Salim in Dallas which looks like it will be tomorrow. This is the amazing thing about having to stay indoors in 2022, I can still have an international day. I also heard from Ahad Afridi today in New York and if you haven’t yet heard the latest single, Plastik, from the project we worked on together, Afridi/Willson-Piper, you can hear this slice of psychedelic sunshine pop here:

The album, In The End, The Birds Will Sing, will be coming (digital only) in the following months.

Olivia took the tree down. It looked fake with the baubles gone but happily looked real with baubles and the lights on it. But it was fake and the problem with fake is that it doesn’t smell nice and I really don’t mind clearing up all those pine needles, it’s worth it. The other problem is that the Portuguese Christmas tree (see above) doesn’t look like the one we know, it’s Southern Europe, these trees don’t grow down here. We swap a better climate for a traditional tree. 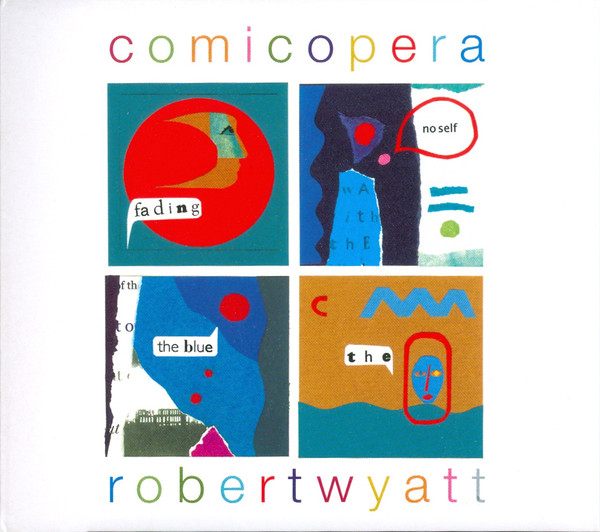 Music today has been Robert Wyatt’s last album Comicopera (2007). I love Robert Wyatt, his voice, words, music, vibe and sadly as he is retired, this is the last album of new material we will get from him. He’s somewhat off the radar commercially, probably more so outside England but even there you’d have to have been a searcher to uncover nine magnificent solo albums, the first four Soft Machine albums, Matching Mole and a whole lot of EPs, collaborations, guest appearances and tributes. Somehow, someone managed to leave Matching Mole, one of my favourite projects by him, off his discography page.