We awoke to three different ongoing constructions, one outside the window, one somewhere in the background and one that sounded like the apartment next door. But it was late in the afternoon anyway, we had decided to have one last, long Covid rest, no stress, no responsibilities, no work, just calm until tomorrow when we have to go (by doctor’s orders) to a drive-thru testing centre to see if we are still positive. If we are we will be advised what to do, if we are negative, I’m not sure if that actually releases us from continuing to stay inside, we’ll see. I do know we are both feeling much better, no pain, nose stopped running, only a bit of a cough, no real congestion. Let us out! Having said that I wouldn’t want to infect anybody. I suppose that’s one of the most disturbing things about people that won’t wear a mask is that they aren’t only there to protect you, they are there to protect others FROM you and if it helps just a little bit then it’s worth it. Freedom is being able to say we don’t have freedom.

I have plenty to do inside but a couple of days ago my laptop decided it wasn’t connected to the internet anymore even though my iMac was and Olivia’s computer was. It just stopped communicating with the router. Frustrating, as I often have both computers working simultaneously. I wonder about a world without screens but I suppose it’s too late, the genie is out of the bottle. The problem is that screens are so shiny and colourful, irresistible and the fact that it’s both work and pleasure means you can’t ever escape. The other downside is that the shiny bits aren’t the best bits. Can you imagine not watching a black and white film with amazing actors, an unbelievable script, a classic film noir, a Bergman film, Truffaut? All those incredible films from the golden era of Hollywood, Fred Astaire and Ginger Rogers and all the fifties and sixties classics. Psycho, where the blood doesn’t need to be red or the brutality of the shower scene not needed to be witnessed because of the genius of the filmmakers and the actors. Can you imagine not being able to experience this because it’s not in colour? Wow! Maybe all our books should have pictures too.

I suppose that today is the first day of really back to normal after the hols. But the Christmas tree is still up. When do we take it down? Café Pereira in the Marquês square doesn’t take their outdoor Christmas decoration down ever, they just don’t light it up until the Christmas season comes back around. We didn’t have a lot of exposure to the Christmas lights this year and they’ll be coming down soon I suppose. But there’s something uncomfortable about Christmas decorations up when Christmas has gone. I can’t actually wait to get them down, move on, start the year. 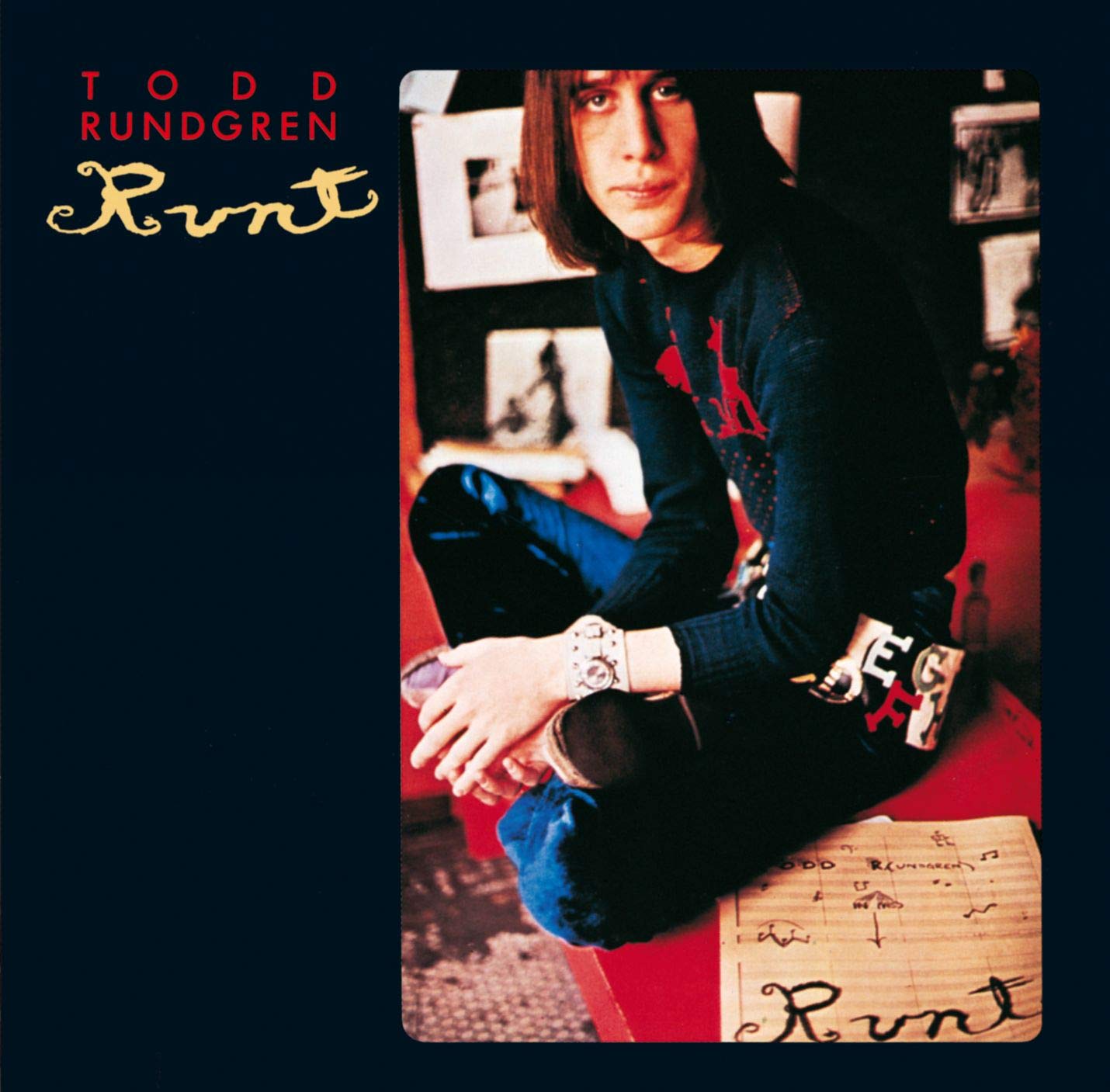 Music today has been Todd Rundgren’s debut solo album Runt (1970). I love the sound of this album and it’s a lot to do with his vision as an engineer/producer although on this album Electric Prunes lead singer Jim Lowe engineered in LA and Jack Adams in New York. I wonder is this where he started to learn or was he contributing sonically to the album already? He had Hunt and Tony Sales playing drums and bass and he did everything else, keys, guitars, bass, singing, songwriting. But it’s not just his multi-skills, it’s the sensibilities of the time and I love the songs starting with Broke Down And Busted, lots of guitars and then Believe In Me, lots of piano. There’s a lot of lovely melodies that continue through Side One, We Gotta Get You A Woman was a US No. 20 in 1971. Who’s That Man into the lovely Once Burned. You can hear his Laura Nyro influence, there’s Brian Wilson influence and no doubt The Beatles, but he makes it all his own. There’s heavy soul in Devil’s Bite. I’m In The Clique seems like a shot at those who ‘know people in the biz’, more a complaint than a song. There Are No Words is his instrumental vocal Beach Boys experiment. Then the three-in-one of Baby Let’s Swing/The Last Thing You Said/Don’t Tie My Hands, from ‘goofing off’ to singing to Laura, ‘the Laura’ one presumes – it could be her as a man. Then more soul-pop, he did it so well and the way these three pieces are put together might suggest he heard Side Two of Abbey Road. The last track, Birthday Carol, is 09:16, starting with a string section that turns into a raucous power trio jam session before stopping abruptly and becoming a piano lullaby at exactly three minutes. At six minutes exactly it changes again and briefly reverts back to the ballad before heading off into new territory with brass galore and guitar soloing. It gives you a clue about the range of his skills, the depth of his vision and a glimpse into the future with an inkling of what was to come. People talk about Prince, this is Todd Rundgren, who incidentally ends the song with the strings and brass together – of course he does, and by the way, he was just 22 years old.

Music Of The Days