Oh my, the future is now. I can’t believe it’s 2022 and to tell you the truth I’m quite disappointed that we still don’t have flying cars, robot help in the home, matter transmission and all Earth’s problems solved. Then there are the missing planetary colonies, the trade with Venus and watches that you can talk into and see your friends…wait a minute I think we did that one. I think one of the most disappointing things about this future that doesn’t follow the Star Trek model is the corruption, pollution, racism, power-hungry maniac Earthlings that still inhabit the 21st century. I suppose Deep Space Nine had its share of problems too but as it was in fact just a TV series it had to not just portray a utopian view of the future but also the reality of potential inter-creature conflict, cultural misunderstandings and general suspicion like we have on Earth. What I didn’t expect is the fighting between those who are supposed to be on the same side. It’s as if the hierarchy has as much in common with its historical enemies as its subjects because ultimately they are in the same roles, just in different systems. Good people everywhere, bad people everywhere but now we live in a world of factions where the factions have split into smaller factions as the details, the philosophy, the reasoning, the version of truth differs – it’s why there are so many versions of God.

But on that subject and on something on a happier note I got out of bed coughing and spluttering but slightly on the mend, my body doesn’t hurt anymore (any more than usual) so that’s a result. I put the kettle on and turned my computer on and accidentally found the BBC and yes, you guessed it, New Year’s Day entertainment in the shape of The Sound Of Music. It had just started, I’d missed the bit where the nuns sing How Do You Solve A Problem Like Maria but Julie Andrews hadn’t made it to the von Trapp family home yet. So I sat there transfixed by the whole thing, the plot, the kids, the filming, the puppet scene, the political side and of course the amazing songs written by Richard Rodgers and Oscar Hammerstein II. My Favourite Things was always my favourite – the lyrics, the melody and from a musical point of view I discovered that the early verse is in A and later in Am, a genius songwriting stroke – and the lyrics. So without going through the whole film, I can tell you that I sat there till the end, completely forgetting about tea, breakfast or anything else. Olivia arrived towards the end (the concert), she’s seen the film lots of times. She told me an interesting thing – in Germany this film is not particularly known and in Austria, it was ignored for decades.

On the subject of music. I have another project out today. So be ready for the psychedelic sunshine pop of Afridi/Willson-Piper’s debut single Plastik. Ahad Afridi and I started working together through the sessioneer series with initial conversations in 2017. Ahad writes the songs and sings them, I co-produced with Dare, we also sing backing vocals as does Olivia who plays the violin, Ed, our regular drummer for MOAT and Space Summit plays the drums and I play all the guitars and bass. We also have some session players who we will list when the album is released proper. The album is called In The End, The Birds Will Sing. At this point, it will only be available as a digital release after two more singles. Watch this space for more details. Enjoy. 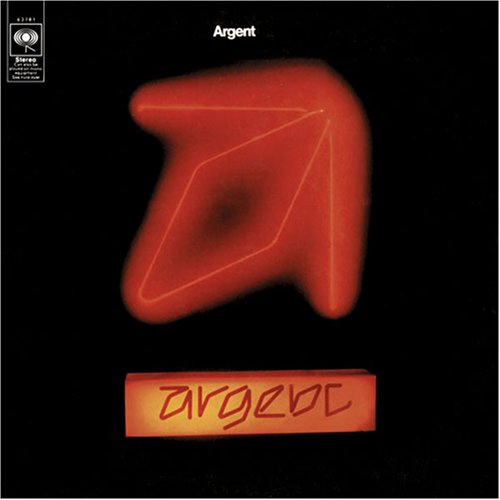 Music today has been the rather wonderful first, self-titled, Argent album, released in January 1970. Recorded in London in 1969 after the demise of The Zombies. Keyboard magician, songwriter and sometime lead singer Rod Argent teamed up with vocalist-guitarist Russ Ballard who’d played the guitar with Unit 4+2 who’d had a hit in 1965 with the song Concrete And Clay (Australians will remember Martin Plaza from Mental As Anything’s version of the song reached No. 2 in Australia in 1986). Drummer Bob Henrit also played on that record. Bassist Jim Rodford later played with The Kinks and the reunited Zombies. He sadly died in 2018 after falling down the stairs at his home after returning from US Zombies dates, his son Steve is currently The Zombies’ drummer.

This album is one of the great lost classics released in the fading light of the sixties and the new world of the seventies. It has the traits of both, catchy experiments, dense, easy, complex, deep, skilfully produced, beautifully played and sung, great songs, nods to The Zombies, love it.