A deep mist sank down from the heavens, it was so thick you couldn’t see beyond the first building and it brought with it an eerie silence but surprisingly, a cosy warmth. It was as if the mist was keeping out the wind, sealing in the heat, which meant you could leave the window ajar for a short time and a small flow of fresh air drifted into the apartment. Last night I didn’t go to bed till 7 AM, so I was expecting to sleep into the afternoon. I woke up around midday but went back to sleep and set my alarm for 3.30 PM because I had a sesh with John in Brooklyn at 4 o’clock. Eight hours sleep, perfect. Covid has cancelled some of the traditional Boxing Day sports events including Liverpool’s game today and the darkness came during the sesh, after I finished I settled into studying some Spanish with one eye on the second half of Aston Villa/Chelsea. Then it’s dinner, then it’s catching up on the Manifest series, then the cricket starts and then it’s 2 AM, the day is gone.

But it’s not quite as simple as that for us because getting up so late means we have many hours left to write, listen to music, figure out the Spotify specs and teach Olivia the rules of cricket. Plus I have a new pair of Blundstone’s and tonight I was wearing them in the house trying to get used to how tight they are in comparison to my old pair that are falling apart to the extent that it’s like having two broken rubber fish surrounding my feet. There are holes in the soles and the heels (which are badly worn down) and you can see my awful gait in the wear with all emphasis on one side. It probably means that my whole skeleton is lopsided which can’t be good for your back, your muscles, your frame.

I made a cup of tea and looked towards the sink to where the honey jar sits and saw it was nearly empty. No problem, I have another one (another two actually) so I thought I’ll just put a bit of the boiled kettle water into the jar and then pour that into the cup – disaster, too sweet, there was more in the jar than I thought. I’m talking about this because I’m a bit of a sugar addict. So there was a little too much honey in the tea and it was too sweet, too dominant. The problem is upbringing – coming from the north of England it’s hard for me to throw it away, I can’t just pour it down the sink and make another one. But, I’ve stared at it twice until it’s gone cold and I’m wondering will I break and throw it away or will I microwave it and then watch it go cold again, wanting a cup of tea but not able to drink or throw this one away. 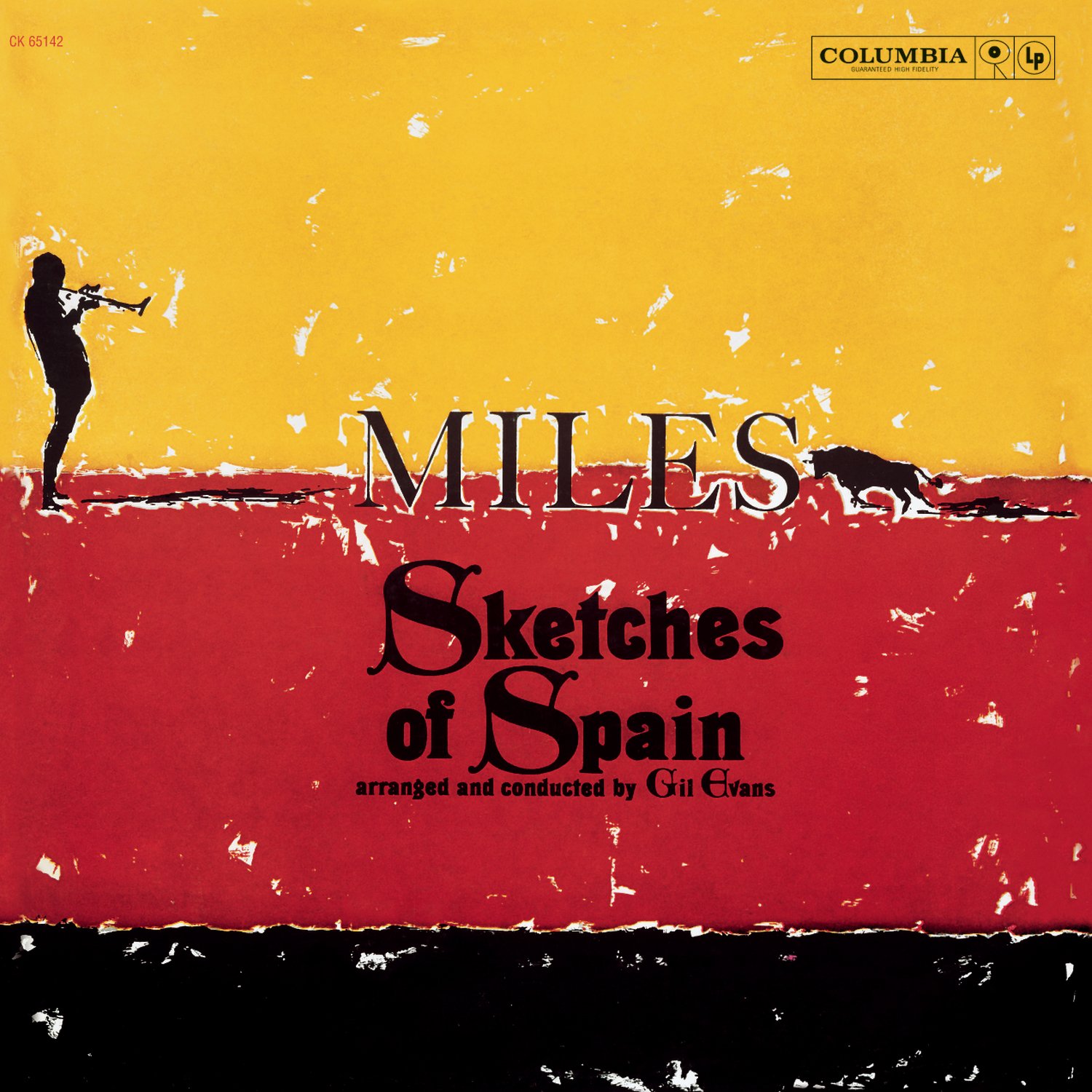 Music today was Miles Davis’ Sketches of Spain (1960), kind of topical as we live just one hour from Galicia in the north and although the opening track is Concierto de Aranjuez, Aranjuez is south of Madrid, six hours away in the east. If you want to get into some jazz, I would have thought that Miles Davis might be the place to start because there are so many different versions of him that you might like something he does and find a direction, a doorway into other artists. This album is more the classical side but a worthy choice anyway. It’s produced and arranged by Gil Evans, an important cog in Davis’ work in this period. Getting into jazz you might find that there’s a particular instrument you like to hear. In Davis’ case, it’s the trumpet but you may prefer the saxophone of Stan Getz or one of the many brilliant jazz pianists. Then there are so many different styles, not just in Miles Davis’ repertoire but there’s everything from the avant-garde to the cheesy with everything in between, an interesting exploratory journey for 2022.