An excursion into pure fantasy today as we woke up and realised we live in Portugal and were on our way to Braga tonight to experience one of history’s great classical fantasies, Pyotr Tchaikovsky’s ballet The Nutcracker (1892). But first, a reality trip to the post office to see why our second package from Michel in France hasn’t arrived. He has a notification saying attempted delivery but we have no slip – classic. Unfortunately, there’s one horrible bloke at the post office and as the numbers were spinning around for which window was next, we got him, as usual, he was unhelpful and we left none the wiser, bursting the bubble of how nice people are here (but we already knew about him). On average we’re ahead but it just takes one miserable bar steward to bring you down. Still, the nice lady in the glasses shop put a screw in my cheap sunglasses and the nice lady in the Chinese shop sold me some weird batteries for my tuner. All these practical things before we hit fantasy land. Next, Olivia waited in a queue with Lufthansa about changing our US air ticket – again. This time to December next year, who knows how long we’ll have to wait to travel there again, so we are stretching it out as long as possible to give ourselves a chance of it actually happening. Crystal ball anyone?

It was dark when we left, it was sometime after 6.30 PM so rush hour was still ongoing but it’s only 45 minutes to Portugal’s third city. We wound our way around the access roads that threw us out onto one freeway, then another. At one point we drove past a passenger van with the engine literally engulfed in flames. A group of dazed-looking men behind it on the hard shoulder wondering what to do. Is it going to blow up? An uneventful continuation of the journey, unable to see what was happening on either side of the freeway but we soon saw the lights of Braga and were heading towards the Altice Forum concert hall. We were early and pulled into a massive empty car park next to the building and without much trouble found a place nearby to eat quickly, and be back for the ballet which began at 9 PM.

The concert hall was a large modern building exclusively built to support the arts. It was sold out and we had seats downstairs on the last row but luckily the two seats next to me remained empty throughout the performance. Unfortunately, the girl in front of me kept holding up her phone for snapshots of the stage through the performance, I get it, it was a gorgeous set but what about settling into the mood? I give up with the phone talkers at gigs, the phone talkers and texters in the cinema, the phone raisers at the ballet are even worse considering the aesthetics of such an evening.

The ballet was about two hours long with an intermission, it was beautiful. The company were the Russian Classical Ballet. It wasn’t so much the sets, a painted backdrop hanging down, but the performance, the costumes, the colours – it was a victory of beauty and technique. Talk about dedication, passion, discipline. The dancers were gymnasts with sophisticated poise, they floated around the stage like happy butterflies in this explosion of colour and fantasy. The music was recorded and I was wondering what if the tape broke, the computer died, the digital feed got a glitch? I’ve always loved going to the ballet and I have now seen all three of Tchaikovsky’s ballets – the other two being Swan Lake (1876) and Sleeping Beauty (1889). 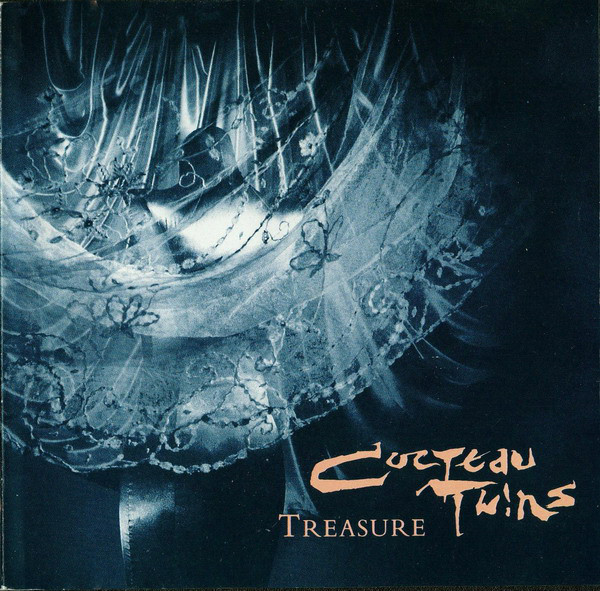 Music today was Cocteau Twin’s Treasure (1984), although I was listening to Garlands (1982) and Head Over Heels (1983), I played Treasure to death. For some reason, I have a strong memory of listening to it on headphones as I walked down the country lane in the Welsh village (Capel Seion) where my parents had retired. I’m not sure why the memory is so vivid except perhaps for the contrast between sheep, the rolling green hills and nature and the sometimes abrasive drum machines and ultra-effected guitars. But then there’s Liz Fraser’s gorgeous voice, her fantasy lyrics and titles. Allegedly band members Robin Guthrie and Simon Raymonde didn’t like it but I did, I love the ethereal in contrast to the machines, a tank in the mist.