A victory of willpower over weather today. I looked outside, the sky was dark, it was raining and by the time I made a cup of tea, it was pouring (the rain, not the tea). I thought I’m going to get wet on the way to the pool, it’s miserable, do I need to go? Then suddenly I clicked into automatic mode and I was on my way, umbrella in hand. I defaulted to positive mode and shut off the doubt switch. By the time I got outside, it had stopped raining so it wasn’t the drama I imagined anyway. On the walk, a young lad coming towards me coughed horribly, pulled his mask down and spat onto the pavement. Yuck! I crossed over immediately, he saw the disgust in my eyes but I didn’t look back to see his shame or his arrogance, whichever it may have been.

I had my own Ronnie Lane at the pool today, I suppose that as it gets to the week before Christmas people start rushing around thinking about prezzies and organising the family day and getting the food bought in preparation for the mega lunch and the last thing on their mind is going for a swim. But some of us are regulars and the distraction of Christmas isn’t going to stop the routine, the addiction. Having said that I like Christmas probably because I remember it as a happy time as a kid living in the countryside near Glossop. I don’t remember it so much living on The Wirral, probably because I was getting older and realising that Santa was an anagram of Satan and getting worried about it. Haha. 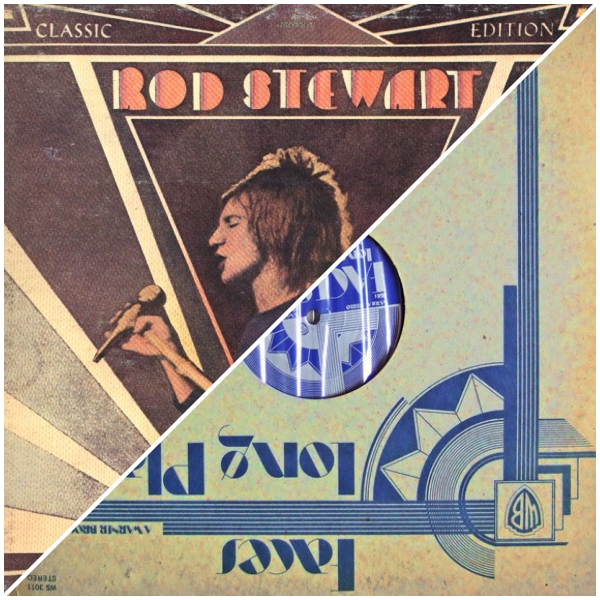 Music today has been a strange moment in 1971 when the Faces released Long Player and Rod Stewart released Every Picture Tells A Story in the same year, three months apart but they were recorded at the same time in the same studios with crossover musicians, mainly Ronnie Wood on both albums and the other Faces Ronnie Lane, Ian McLagan and Kenney Jones on one track on Every Picture Tells A Story which was probably originally meant to be on the Faces album, not the solo album. The main difference between the two is that Long Player is the Faces and the solo album is guests – Micky Waller is playing the drums on the solo album and Martin Quittenton, ex Steamhammer, is playing acoustic guitar, Maggie Bell from Stone The Crows also guests as does Madeline Bell from Blue Mink.

On Long Player it’s mainly electric guitars, piano, drums and bass and a rock singer, there are also live tracks from the Fillmore East, New York (which is now a bank) and it includes a live cover of McCartney’s Maybe I’m Amazed. Ronnie Lane also sings on this album, contrasting with Stewart’s gruffness. On Every Picture Tells A Story, for all of its equally boozed-up image, it’s actually dominated by Martin Quittenton’s acoustic guitar even on the uptempo songs where Micky Waller is banging away on the drums. The electric guitar plays a very minimal role and it’s a major difference between the two albums, that and McLagan’s prominent piano playing on Long Player.

Although it’s Rod that connects the two albums it’s that period before leopard skin ass shaking, blondes and embarrassing videos (Tonight’s The Night). It’s the time when he was just a great singer in a great band and simultaneously an imaginative solo artist having hits in his own right. Maggie May is on Every Picture Tells A Story and there’s a beautiful version of Mandolin Wind which he also wrote – he wrote Maggie May with Quittenton. Tim Hardin’s Reason To Believe is also a gem. The interweaving acoustic guitars show that you don’t need noise to make a great R’n’R album, it’s unique – never has something so acoustic delivered something so simultaneously raunchy and beautiful.

The band on both albums are connected, jamming with chemistry and on Every Picture Tells A Story they credited Martel Brandy and Mateus Rose by name, but they couldn’t remember Ray Jackson, the man who played the mandolin that stands out so clearly on the album, so they credited him as “the mandolin player from Lindisfarne”, at least they didn’t forget him altogether. Didn’t they have telephones in 1971?