With the French announcing today that they were putting restrictions on travellers from the UK due to the 88,000 Omicron daily cases, it was the final nail in the coffin of getting the archive to Portugal this year before the deadline. Now a whole different track if it is ever to arrive here. There’s the issue of duty, the customs have to be convinced that the archive isn’t a stock of goods to be sold. Apparently, you can’t just say, “but they’re my collection”, that’s not good enough, not proof. So lots of money spent already on trips to England to sort it all out, paying for the paperwork, the permits that had no worth as we took one small load through Spain incurring a 500€ import duty. So we’ll see what next year brings and hope that the storage costs in England are not going to be too excessive. We thought that if we couldn’t get a removal company to do the job (four companies have said they could do it and then come up with a reason why they couldn’t, wasting months), then we could drive there before the end of the year and at least pick up my amps and the remainder of my guitars and musical equipment, Covid outbreaks put an end to that. So with that and with the general inability to travel due to Covid for so much of this year, the window that says residents must bring their personal belongings into the country within a year of getting residency – has passed. Plan B.

On the way, a prang, a couple with a torch looking for damage on their compact car. There didn’t seem to be so much to fix but perhaps a tail light crack might be needed seeing to. It’s rush hour, it’s dark, it’s busy on the road, oddly not so many people walking but perhaps that’s because I’m going off in a less central direction. At one point I went to cross the road and the car (one of those square, squashed, small, city cars) is moving forward in the queue whilst the driver is looking down at what I presume is his radio, I’m trying to attract his attention but he keeps on moving not looking where he’s going. It’s warm, it’s dark but it’s warm, I’m taking two bags with me to carry the psychedelic shopping back. Up and down the aisles stocking up on the usual suspects, one wouldn’t want to get to Christmas Day and be out of soya milk. Heaven forbid. 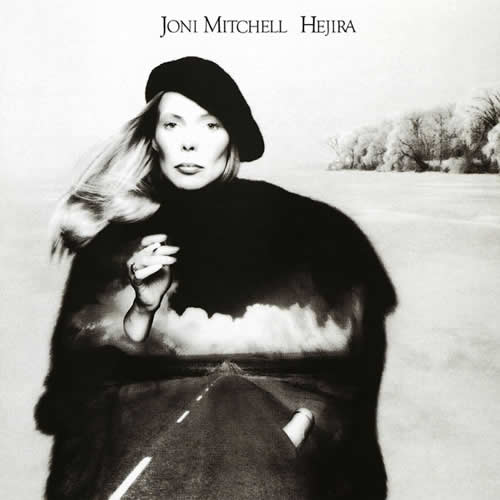 Music today has been Joni Mitchell’s jazzy, lyrical Hejira (1976) with the legend that is Jaco Pastorius on fretless bass. I guess that sound isn’t for everybody. She was heading into a much jazzier direction into the future as she evolved out of the hippie sixties into the seventies sophisticated singer-songwriter and then had to go somewhere else. It all went a bit wrong in the eighties as she fell victim to eighties production but later found herself again. Her painting continued to be impressive but later an aneurysm, continued smoking, and the controversial Morgellons disease has seen her do little in recent years but it’s not like she hasn’t left an inspired legacy.