I woke up this morning groggy but well-slept after nine hours. Sunday I’m always ready for bed earlier than usual because I have to get up earlier for seshes in Oz. So last night by 2.30 AM I was fading. I’m one of those people that go to bed when I’m almost dead and I generally fall asleep immediately, I can’t go to bed if I have any spark of energy left, I have to wait till nothing’s left. I’m usually not up with the lark and more likely to go to bed with the lark. The talk of circadian rhythms, sleep cycles, relying on light and dark hasn’t ever seemed to be an issue in my life. We just like the night for many reasons, the quiet, the hustle and bustle is over, that beautiful silence, the calm, the ability to think, work undisturbed, the mysteries and magic of the darkness, wonderful.

Waking up, sleep in my eyes, quietly closing the door behind me as I left birthday girl to sleep on, I immediately noticed a strange sight by the front door – two boots, one of mine and one of Olivia’s filled with chocolate. There was even a giant chocolate Santa there as well as all kinds of our favourite sweets. It’s a European tradition, celebrated differently depending where you are – but not in England. Apparently the Dutch go crazy for it. If you’ve been a good kid St. Nicholas stuffs your boots on the morning of the 6th December (you’re supposed to polish them). Sometimes someone dresses up as St. Nicholas (who looks like a bishop) and comes and seeks out children to see if they’ve been good and give them presents. Who knew?

It was ‘filthy weather’ today, Portuguese style, that is rainy, actually drizzle, low clouds but still not really cold enough for long pants. Having said that, everybody else was wrapped up. I suppose an Inuit would be wearing shorts in a Portuguese December too, or maybe even a bathing suit. I trudged through small puddles, avoiding hundreds of umbrellas that were hiding people with no idea who was behind them or even in front of them as their heads disappeared below the arc of the top of their rain shield. I hit a grid that splashed water onto my legs striding on, trying to get to the pool – there’s something about swimming in the rain. In the pool halfway through swimming, a couple got in and I had to have a conversation with them about which way we swim in the lane. They didn’t seem to get that swimming against the swimmer in the next lane instead of in the same direction was asking for arm collisions as each lane is unaware of the next lane’s swimmers. For me with my thumb issue colliding with force is not something I can risk. I swam 70 lengths, went to the psychedelic psupermarket, then the bakery, but forgot to go to the lightbulb shop as it was miserable out there, dark, raining, traffic, blasting horns, umbrella bumping collision hell and I walked right past the shop without remembering to go in, so still no lava lamps. 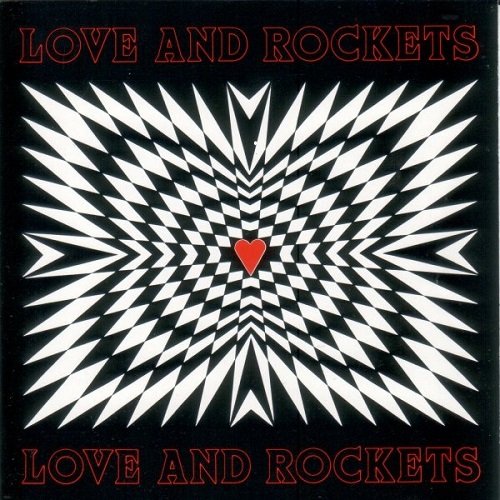 Music today was Love and Rockets‘ fourth, self-titled, album (1989) which after Earth, Sun, Moon (1987) was rather too noisy for me, I thought that they were great when they were organic, softer more considered and only peppered with the raucous guitars here and there. It wasn’t musical enough for me, melodic enough, it wasn’t enough about the songs, it seemed to be more about the sounds. They used those simple ideas again but they were more consciously underground as if they felt like they were getting too commercial, too accessible. Ironically, it was this album that delivered their biggest hit, So Alive, that found itself sitting at No. 3 on the mainstream chart, sandwiched between Bobby Brown and Richard Marx with Prince at No. 1 with Batdance. I guess I wanted more songs like The Teardrop Collector and No Words No More but it’s their band and I’m sure the 500,000 people that bought the album liked it a lot. It’s amazing what a hit does for your visibility, it seems to me in the end whoever you are, whatever you do, people will like you, they just have to know about you – the same thing happened to us as happened to them with Under The Milky Way.