Olivia’s birthday today and the girls from the Portuguese classes (Jamila from America and Klaudia from Poland) were over to celebrate with her. I had Sunday seshes and listening seshes and French seshes and snooker final seshes, Zhao Xintong beat Luca Brecel whilst Hamilton beat Verstappen in the Grand Prix and Olivia cooked exotic hummus mushrooms and cauliflower soup for the girls and the best beans on toast ever made for me, the birthday host extraordinaire. Olivia’s mum and dad called from Germany and we spoke to them for a while, Olivia’s dad is going to come and visit us in February. But today we were talking about December birthdays and how unfortunate it can be to have a birthday near Christmas, it can mean FEWER PRESENTS!!! The relatives don’t know what to do. They don’t really see you that often, they live in another city but they still send presents. It’s easy if your birthday is in June but as soon as it’s near to Christmas, it’s a problem. The rest of the family’s Christmas presents arrive in the same package as your birthday present, except there’s only one present for you. I love having a birthday on May 7th.

Arktik Lake’s Tony builds guitars and he was showing me what he was building today. Based on a Rickenbacker 12-string, he has made the body with the F-hole, he’s glued on the back and the neck and added the truss rod. Early days, the fretboard has to be added, the neck has to be shaped and all the hardware added: bridge, tailpiece, pickups, nut, machine heads, electrics and oh yeah, the strings. Never having been any good at woodwork or metalwork at school I never had the desire to make my own guitar. I always heard about Brian May making his own guitar with his dad, the neck out of an old mahogany victorian fireplace mantle, and an oak front. They even made their own pickups. Unique in every way, Brian May just touched the guitar and you knew it was him.

Music today has been my favourite Love and Rockets album Earth, Sun, Moon (1987). I just liked the songs a lot. No New Tale To Tell was what drew me to the album and had me listening multiple times. Mirror People onwards there’s grinding guitar sounds, the feedback/EBow on The Light and as usual the absolute accessibility of it all. The acoustics are out on Welcome Tomorrow, somehow they make simple three-chord songs sound interesting, carrying on with the next song on the album, the aforementioned No New Tale To Tell with its Jethro Tull flute part (Tull fans will hear it immediately). 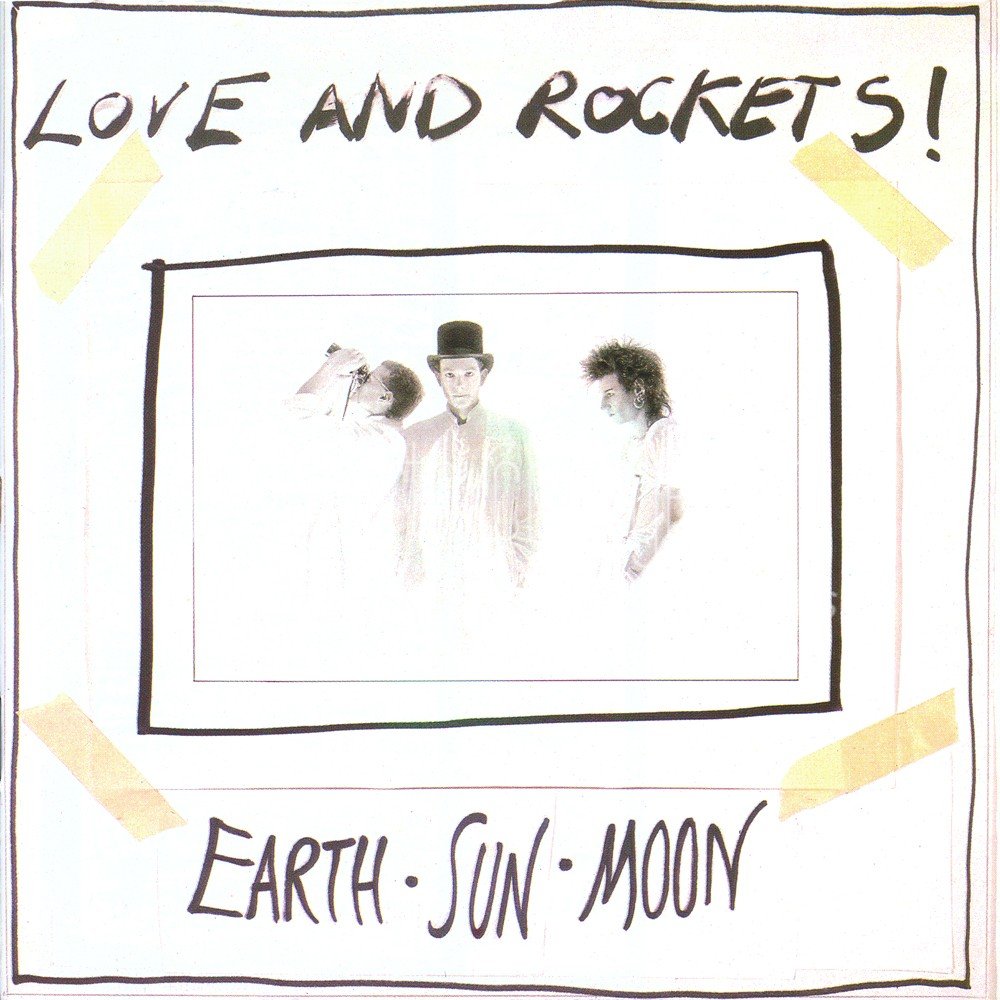 Here On Earth sounds closer to the first Hawkwind album than it does to Bauhaus, extraordinarily brave to be closer to progressive sounds, psychedelia and space rock infants rather than catering for the fans of the mother band and their gothic overtones or I suppose it would be undertones. Lazy has the Quo meets Mud rhythm, it’s so TOTP’s 1974, I can almost see a scantily clad Pan’s People on this catchy slice of lightweight novelty with its comical breaking of the drinks trolley at the end. Waiting For The Flood is Bowie from Hunky Dory at a Mott The Hoople singalong – Ash playing Bowie’s sax. Rainbird is back to Barrett and The Telephone Is Ringing is Pink Floyd, Everybody Wants To Go To Heaven is Roger Waters.

The title track and Youth, which could be a Beatles song, and a slow version of Mirror Version end the album in a moody simple complexity, never has anything so simple sounded so intriguing.