I went out to the market today to find it wasn’t there, realising that the month had changed and it’s every second Saturday after a new month begins, so it’s next week, but it didn’t stop me standing there in the square looking up at the half-naked trees that had shed so many of their leaves, the ground ankle-deep in rustling brown, up above still attached brown leaves falling over the coming weeks so you can see more of the sky as the branches become bare. The other day the benches were taped off as local council workers have taken the opportunity of the chill to repaint the deserted benches, green for next summer. The fountain is still flowing in the centre of the square pushing the water upwards and immediately cascading down into its circular trough, occasionally caught by a small wind altering its rise and fall, buckling.

I went to the bakery to get the last two pães da avó (grandma’s bread) from the latest batch, then decided to take a walk to get some exercise on a cooler day. I remembered I had a halogen bulb in my bag from one of the two larger lava lamps, it went ptoof yesterday. There’s a light shop close by but I decided to take a longer walk around the block instead of coming straight to it. When I got there it was closed, I haven’t quite figured out how Saturday shops work in Portugal, it seems that each business makes its own decisions and about what time they close as similar shops remain open. These days bulbs have become LEDs you have to go to a special shop to get a bulb that generates heat, no heat, no lava. IKEA doesn’t sell them anymore, they only have LEDs. Christmas lights on your tree will never be the same as they seem to display a colder light and those green wired strands of bulbs that blew (they gave you spares) were so much warmer for the tree, the room, the vibe at Christmas.

At the recycling today a young woman was coming out of the garage close by, she was wearing a multi-coloured fake fur jacket. I told her, “Cool jacket”. She acknowledged and disappeared into the building next door. I think I’ve noticed that the general public are looking at me like I’m mad because I’m still wearing shorts in December. To them it’s cold, to me it’s northern European spring temperatures. I see people wrapped up like it’s the arctic but have you ever met one of those people whose hands are always toasty – I’m one of them. In the olden days when I shook someone’s hand, I was always shocked to be given a palm with icy fingers, even in the summer.

It was sundown at 5.06 PM today but I realised that it’s already only three weeks from the shortest day, 21st December, which means that from the 22nd December, the days are getting longer, Christmas, New Year, will be soon here and gone, then it’s spring, and then it’s summer again – and then it’s autumn, oh, haha. I keep on seeing the Christmas decorations in the streets but I haven’t been out after dark since they’ve switched them on. It’s not exactly Oxford Street but I remember them from last year and wonder do they put the same decorations up or will they be different? 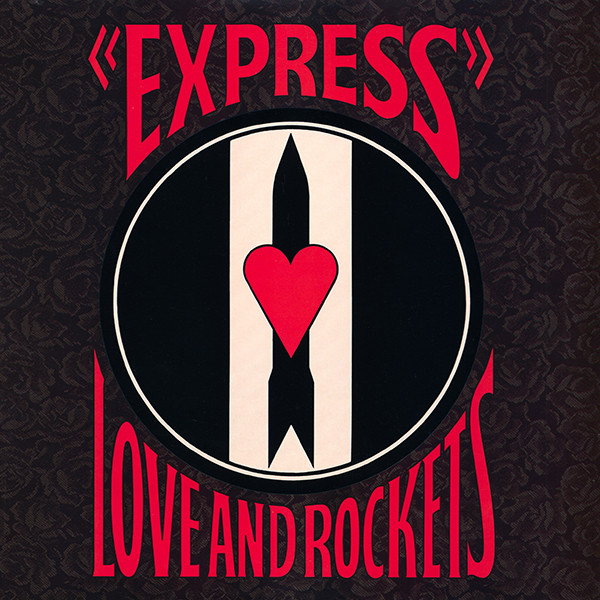 Music today was the second Love and Rockets album Express (1986), continuing with some kind of acoustic/fuzz blend with catchy melodies. You could almost imagine it all a creation of a more lucid Syd Barrett. Or perhaps, not exactly in sound but in attitude how The Cure went from misery to playful and jumped backwards and forwards between the two till they stopped making records (but didn’t stop being a band), too successful to break up maybe, unlike Love and Rockets who did eventually call it a day and always had Bauhaus reunions if they needed them for the spotlight. You get the impression that the whole Love and Rockets idea was far more successful than they ever expected it to be. But most of all it’s a vision of their own thing, for its own sake, on their own terms, gotta love them for that. Daniel Ash once bought me a drink, gotta love him for that.