A coincidence seeing Don Letts on Saturday because today Olivia got a little “Lost In The Supermarket”, actually, she was lost in the psychedelic mall. We left home in the rush hour for the petrol station, filled up and followed the sat nav to avoid any traffic jams. I sometimes doubt this device and sometimes my mistrust of the machine is right and other times it’s wrong. That relationship between the machine and us has often been exposed as the navigation tells us to turn left into a brick wall. It can exaggerate a traffic jam, or find you a pathway that eases you through the back streets, catapulting you out onto a free bit of road. We made our way through the coils of freeways driving against the traffic which seems odd as we head towards Matosinhos by the sea. You’d think that people that worked in Porto would live in Matosinhos but it seems the traffic is driving the other way – good for us, we’re going to IKEA.

We want candles, IKEA is the cheapest place to buy them and as it’s December, they warm us up and as it’s Christmas, they add to the atmosphere, a win-win situation. Whenever we come here, it’s always full of people, there are always people coming out into the car park wielding giant boxes on uncontrollable trolleys. The genius of IKEA is that it’s cheap enough and good enough, the question is does it last long enough? I think it’s a case of how much you touch what you buy. I had a sofa bed from there that didn’t last long with constant use, turning it from bed to sofa and sofa to bed every day. Today, we had a specific target, got in and got out and immediately returned to Ariel with a big bag full of various candles, large and small. Outside there were lots of policemen, I asked one of them, “Is there something going on?” He said, “No, just being safe”. But it was weird to see so many policemen, in pairs every 20 yards outside IKEA.

We went back into the mall where IKEA lives and Olivia went to buy some baubles for our tree and I went into FNAC for a browse. I realised once I was in there that I didn’t have my glasses so looking at the records or anything else was frustrating as I couldn’t see how much anything cost. I was looking for the Bowie record, Toy, released November 26th. I couldn’t see it (literally) but I might need to look in a proper record store, not a store like this which has a token selection of hip, commercial, and classic. I did pick up and looked at Pink Floyd’s new re-release of A Momentary Lapse Of Reason (1987) which has re-recorded drums, I thought, that’s a reason to hear it, I don’t love the album but I’d probably like it more with Nick Mason redoing the probably awful eighties drums – I just wish that for so many ruined records from the eighties, no, I won’t be making a list. I asked how much it was, 42€, a little pricey I thought for this record.

Some years ago I was watching The Walking Dead and after a few seasons of watching an episode or two over dinner, I realised that the continuous decapitations were turning me off the show – and off my dinner. The same thing happened to me with Game Of Thrones, I just felt it was all too brutal to enjoy. So, on the way out of FNAC, I was looking across at the merchandise, the books, the cameras, the guitars and the gadgets when something caught my eyes in the board game section – The Walking Dead Monopoly! Really? 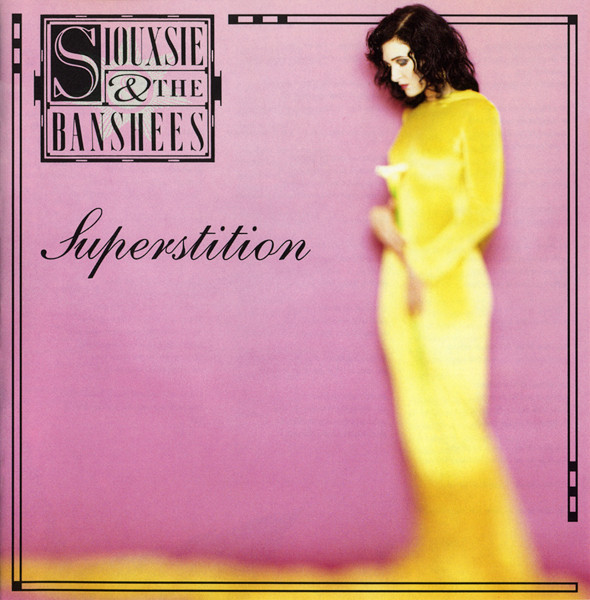 Music today was Siouxsie and the Banshees‘ tenth album, Superstition (1991). It starred their biggest US hit with Kiss Them For Me which reached No. 23 on the US charts – Siouxsie in the video looking very sophisticated, quite different to the punk days, all grown up. Talvin Singh adds India on the tabla. I really like Kiss Them For Me, a proper song, lots of bells and whistles but a proper song – I can’t say the same for Fear (Of The Unknown), it sounds like ‘then’, sure, but it’s stuck there. Cry, better, leads to Drifter, different. This makes me wish they’d carried on beyond The Rapture for another ten albums of adventuring, but I suppose that’s what The Creatures were. Little Sister continues the exploration and Shadowtime continues the search for another single on the album.

By Silly Thing, it’s all starting to sound a bit too computerised, losing its heart and soul, the big problem of the eras and their demands to sound like the period they are in, sometimes the trend of the now isn’t the best sound for the band and its songs. Got To Get Up follows with snappy drums and anything organic is buried deep underground. The unsurprising sound of drum machine on Silver Waterfalls makes you realise that this is another album where the producer (Stephen Hague) is firmly putting his stamp on the sound. Sure, the band want to try new things but somewhere in Softly lies another fascinating side of Siouxsie hidden away in the production. The Ghost In You snaps itself brightly to the end, leaving all warmth in the coffee machine in the foyer, the only machine with warmth in the building. There are some good songs in here somewhere, unfortunately, it’s 1991 that’s deciding the direction.