A real chill in the air today, people were wrapped up, it’s colder but not cold like I know it. I grew up in the northwest of England, I lived in Stockholm and New York, this is spring in comparison with that. I figured I’d be going for the double T-shirt on the way back. I noticed I was the only one in shorts, haha, people think I’m nuts but cold legs doesn’t mean cold to me, I’m warm inside. Fewer people sitting outside the cafes but this cold snap Portuguese style will change back to warmer, that’s how it is here. In the pool it’s a regulated temperature and swimming non-stop for an hour, 20 minutes you warm up. I got more time today so swam an extra 10 freestyle lengths after the mile and the variations (including the injured moth and kicking furiously with the floats, 84 total). I never really want to get out of the water when I’m in it. Pushing off from the wall, an arrow underwater, coming up for air a third of the way and adjusting to the stroke. Today in the lane next to me there were frogmen, I guess they were trainees. All the gear they need and it all looked so heavy. They were talking a lot and then doing a lot of submerging. Three guys, one was the teacher. I suppose there’s a lot to know. It immediately made me think of The Bends.

The sky was darkening as I left, having swum more, I got out of there later. The sun was gone but somehow it wasn’t colder. I thought maybe I’m so warmed up from swimming the cold isn’t penetrating. The blood is running thick and fast in my veins, boiling like a vat, gurgling like a hot mud pool, glowing like a lava flow, spitting sparks. With no heating in the houses and expensive electricity bills, you’d better have that blood pumping through your veins. Although we’ve discovered that candles take the edge off the room and next trip to IKEA we will by 50. Aesthetically they make the dark nights cosy and the front room inviting.

Seshes this evening, Fred and Space Summit Jed in Minneapolis, Noel in Surrey but tomorrow it’s a sesh-free day and we will be hanging with my old friend Vivien Goldman who’s in town for the Porto Pop Fest. A cultural event with music luminaries talking about pop culture. So hopefully some nice touristing around, showing Vivien a bit of the city. Down to the River Douro, Portuguese cakes and seeing an old friend in such an unlikely place, meant to be. 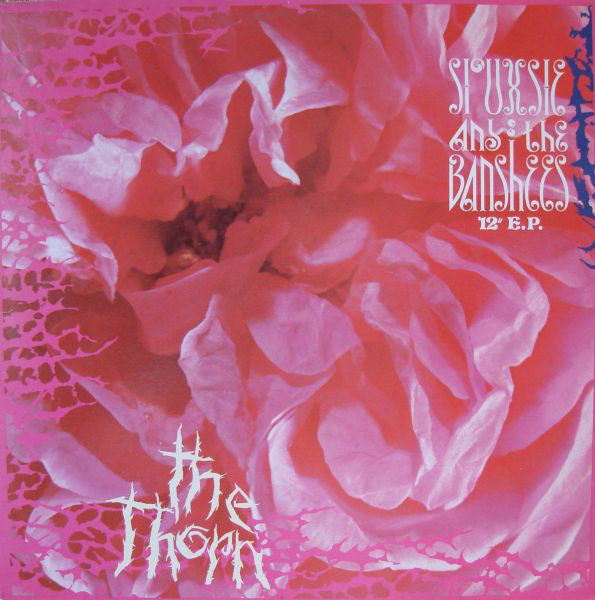 Music today was Siouxsie and the Banshees‘ The Thorn EP (1984), a new guitarist in John Valentine Carruthers although it’s mainly an orchestral reworking of old songs. Overground was a track from their debut The Scream (1978), Voices (On The Air) and Red Over White B-sides of Hong Kong Garden and Israel and Placebo Effect was from Join Hands (1979). An interesting idea and a leap forward from Hyaena (1984). Progress.