Today we signed a new contract for our flat so we are here in this location for at least another year. It’s a result, a relief, a place we like in an area we like at the right price without the hell of looking for somewhere else. Plus we are in another country, another language, it’s hard enough finding a place in your own tongue. I really didn’t want to go through moving any more boxes although if we do actually get the archive here, I’ll be faced with it again. After the hands issue, I think I’ll be looking for some strapping young lads to do any necessary moving, just as long as they’re not naked firemen.

It’s been a busy day of listening to sessioneer projects. I was listening to sessioneer Fred in Minneapolis and sessioneer Brian in Indiana’s songs. I went through all the new demos of the second Space Summit album today (fourteen songs) as we consider sending them to Ed, our drummer, to get him up to speed. When would we record a new album? Who knows? When you consider that because of the vinyl queue nightmare (Thanks, Adele) the Space Summit vinyl for Life This Way won’t be available till the middle of next year. Shouldn’t smaller artists get preference as they are likely selling a bigger percentage of vinyl than major artists are? Haha. For me, for Space Summit, for MOAT, it’s not that far off 50/50 for CD and vinyl. I imagine that for Adele and Eddy Sheeran, the vinyl vs digital vs CD is heavily leaning in the direction of digital downloads. Does anybody know those figures I wonder? We’ve heard that Adele’s album has been the biggest selling album of the year in the first three days of its release. Another world.

It seems we got a pretty amazing Arktik Lake review.

Good news, sadly much better than my review of The Banshees’ Hyæna. Please don’t send me messages telling me how wrong I am and they should hang me along with Mike Pence because then I won’t bother writing about music or anything. I like so much by this band and really I don’t blame them so much as I do the ‘circumstances’. 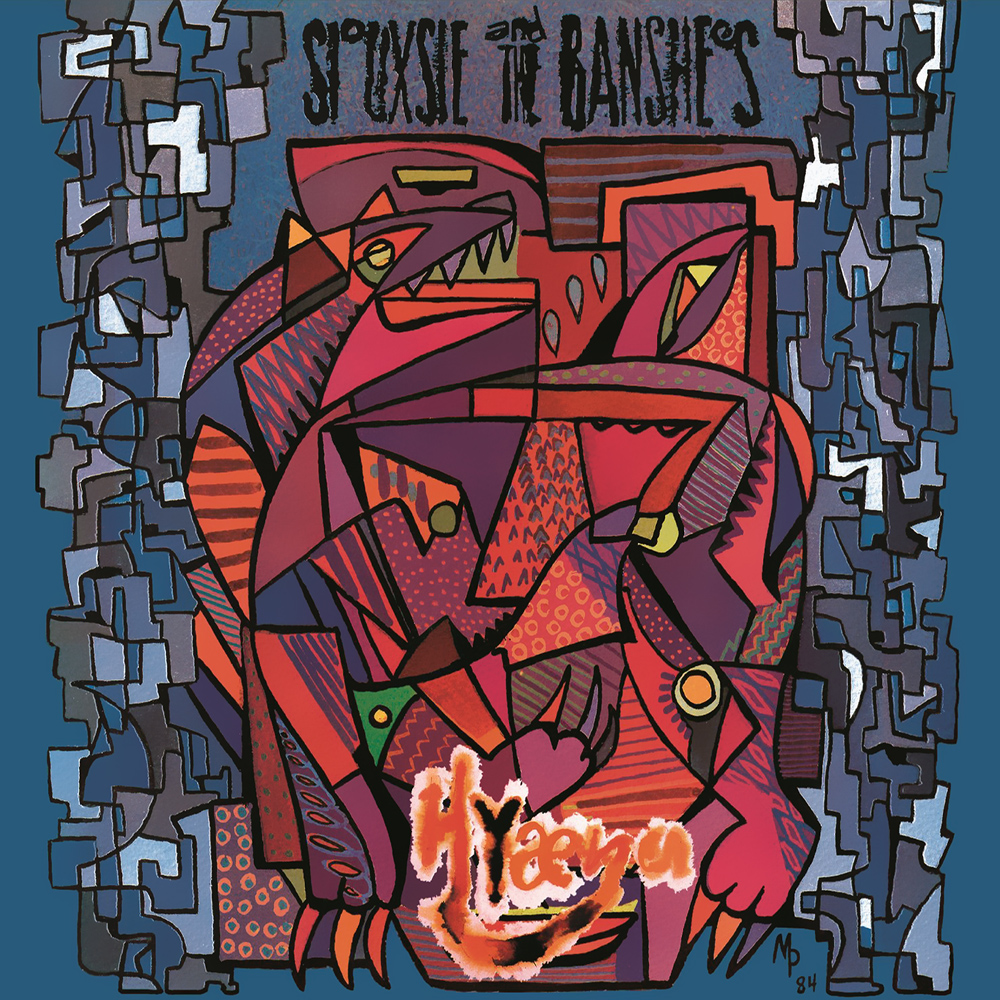 So, music today was, you guessed it, Siouxsie and the Banshees‘ Hyæna (1984) which came after the double live album Noctourne (1983). It’s the album where Robert Smith joined and co-wrote all the songs. The US version featured the stand-alone single Dear Prudence by The Beatles. For me, it misses the innovation of John McGeoch or the raw sound of John McKay and relies a little too much on a reverby atmosphere. Dazzle and We Hunger don’t really allow entry into the songs, notwithstanding the 27 members of the London Symphony Orchestra who for me rather than making it bigger making it vaguer. Budgie, the innovator, can’t have been happy with the drums on this track. Is it even him? Or has the damned producer convinced him that ‘the now’ is a dull drum machine like Waddy Wachtel did with the ex-band on Gold Afternoon Fix? Japan might have influenced Take Me Back or was it Brian Auger? It’s an album where I don’t particularly notice the guitars, more keyboards and that dreaded verb that’s on everything, the bass, the drums, the guitar, the vocals. What happened on Bella Donna? Lacklustre drums again, for all those fantastic beats that Budgie so often came up with, he dropped the stick on this one or wasn’t allowed to pick the sticks up. Muddy bass, half a song. You can hear by how it ends that there’s too much effect on the guitars, losing presence in a wash of soap for no reason – overeffect it and then bury it, genius. Robert Smith was always temporary but gone after one album.

The first single, Swimming Horses, just isn’t up there with the last eleven singles (it sounds like a Jim Kerr/Simple Minds album track, saved by Budgie) and why are they recording the vocals in a bathroom? Is it something to do with Geffen Records? The American market? This is their first new album released on a major US label and it’s the least engaging. It’s as if the A&R department thought this was the sound of now and wanted a producer who sounded like now and that’s the problem, Mike Hedges and the bowing to the alleged underground zeitgeist. It happened to us in the ex-band, the doomed sound of now, in our case it was Nick Launay and the mix of Seance (1983). This was the era when the engineer/producer became more important than the band and their sound was what the record companies thought was the way to go, Steve Lillywhite and horrible drums, most eighties bands with a so-called ‘expensive name producer’ suffered from awful drums. How could the band possibly know better? Technology changed the way bands really sounded and if you had little experience it was difficult to fight against technology – and the Thompson Twins (the clothes, too).

The last part of the album leaves me cold (except Blow The House Down), what happened with Pointing The Bone that sounds like it was mastered quieter? (Or has Spotify or the label messed it up?) This would have been a much better album in the hands of Nigel Gray who produced The Banshees’ Juju and Kaleidoscope. A Kiss In The Dreamhouse was Hedges’ entry into the project as he engineered it but wasn’t able to push too hard for the sound yet until he got his hands on Hyæna. The first disappointing Siouxsie and the Banshees album where the songs are weaker than the previous albums and the production makes it worse.