Not enough sleep because Sunday is always early Arktik Lake sesh in Oz and when you always go to bed late, you can’t just go to bed early one night. It’s fine, it’s an 11-hour time difference, there’s no way ‘round it, people have normal lives. We have to adjust. Those of us that live this life of music and writing, pressing towards creativity every day, are the lucky ones. Not knowing what’s coming next is a choice, as is security, we all take our chances as we commit to one way or another. There are doctors, there are astronauts, there are train drivers that take the astronauts and doctors to work. There are soulless millionaire musicians and passionate brilliant songwriters who are broke, you never know which way it’s going to go with the arts, you never know which way it’s going to go with life – the moon or Merseyside.

Second sesh postponed today with Paul in New Orleans as he wasn’t feeling well so I watched the snooker final (John vs Judd 4-10), the Qatar Grand Prix (Lewis first), and Man City – Everton (3-0) simultaneously, just like Elvis Presley would have done at Graceland with his wall of black and white TVs. I’ve been to Graceland twice, it was quite different from one visit to the next. The last time Olivia and I went, it was cold, snow on the ground, $60 each to get in, and a different place to how it was in the eighties. The girls who were the guards, the hosts, hadn’t heard of The Beatles, why would they, it’s Memphis in the 21st century. Nowadays, it’s sanitised, commercial and although the TV room and the cars and the plane are all there, the vibe has gone. It used to be more personal and despite it being the world’s most famous popstar you could relate to the man. I’ve also been to the house he grew up in, in Tupelo, humble beginnings. It makes his death all the more tragic. Have you heard the story of the girl looking through the window at a Cadillac? He bought it for her.

Third sesh with Abby and Nick in Philadelphia, learning, learning, learning, having that desire to write and figuring out how to do it. Trying to connect the dots when you can hear the picture but can’t see it yet but that’s everybody, the picture reveals itself as you colour it in. Fourth sesh, Jed and I working out Space Summit demos for album two, tweaking, rearranging and this week listening to 14 songs before we send them to our drummer Ed in Bristol. 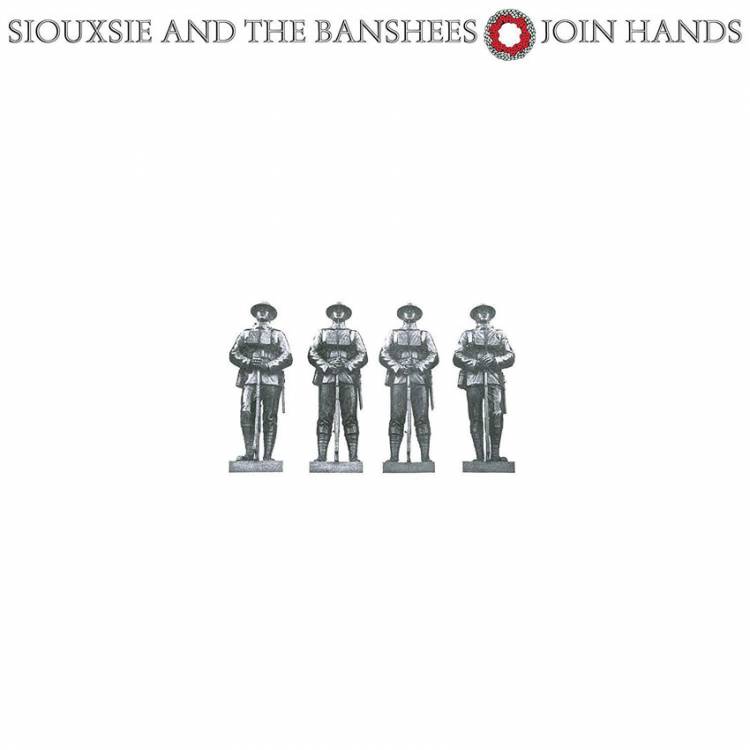 Music today was the second Siouxsie and the Banshees album Join Hands (1979). Another action-packed album of acerbic McKay guitar attack, slicing concrete pillars in half. Thumping Kenny Morris drums, like Moe Tucker as shaved Duracell bunny on speed and Siouxsie’s irreverent vocals, Severin banging away on the bass with those tom-toms as his guide. There’s the 14-minute The Lords Prayer, their gift to the parents of the day and the song that they played live at their first gig with Marco from the Ants on guitar and Sid Vicious on drums. The great swirling Playground Twist single, the thrash of Love In A Void, that Jehnny Beth might want to listen to although I wish she’d just go back to Savages where there’s input and chemistry. But the album starts with Poppy Day and ends with Infantry which might give away the theme with the album cover, who knew they were pacifists? You wouldn’t guess but they were sartorial, smart angry pacifists, they hated the skinheads for how they treated the foreigners. Any monikers were shock value only, not thought through but challenging the establishment’s hypocrisy rather than support for the politics, upsetting the parents, breaking the drab face of mediocrity in a world of no money, unemployment, strikes and the tory put-downs. Failing labour, condescending conservative “no opportunities” but great, stirring, provocative music, screaming out of pierced, painted faces, meaning and energy, dyed green, anarchic thrills. Razor toned Regal Zone, Placebo Effect sounds like machinery on a factory shop floor of lathes, Icon shimmers with tremolo, rolling drums and stirring melody. Premature Burial scared your little sister until the saxophone reminds us that they are not really a threat. Mother/Oh Mein Papa has the creepy fairytale vibe. The last album with this lineup.