Sometimes at the bi-weekly market in the Marquês square, you find all kinds of interesting things, like Catherine Wheel albums, Dutch cheese slicers and brightly-coloured dinosaurs with bearable music by The Raspberries or the Floyd piped through the trees. Then there are the times you go and there’s nothing of interest and to make it worse the dodgy PA is blasting out Boney M. The PA is brittle, toppy treble madness, it slices into your face like a knife, takes the top of your head off. What happened to the public’s need for bass? Even in the sixties, there was bass. If you had a record player with a lid, it had some bass. What didn’t have bass was the small portable transistor radio which fifty years ago sounded just about the same as a mobile phone does today. Progress.

After the market today Olivia went off to the free fixing session with my portable speakers and I went to the bakery to find they were breadless. I wonder how a bakery or a greengrocer or a supermarket, a florist, any place that sells anything fresh, manages waste. France has addressed the supermarket food waste problem, this from Wikipedia: “In February 2016, France adopted a law on fighting food waste that meant supermarkets were forbidden to destroy unsold food products and were compelled to donate it instead”. So from the breadless bakery to the psychedelic psupermarket where the lady in the bakery told me what my favourite psychedelic bread is called in Portuguese: ‘pão oito cereais’ – that’s eight-grain bread. We’ve been calling it the pointy bread – because it’s pointed at both ends. I could describe the contents of the shopping bag, veggie newt, dream tree root, happy pills, ten flavour vegan chocolate, but I’d just be making it up. This couple of heavy bags had me wondering about my hands but there’s been an improvement and although there’s still some pain I can carry fantasy shopping without causing too much damage. I wanted to get back home on this warm November afternoon because Liverpool were playing Arsenal – they won 4-0. Olivia came home during the game with even more fantasy shopping, vegetarian souls, long life sweets, left-handed fake fillets and lots of blue things. Dinner was going to be interesting tonight. 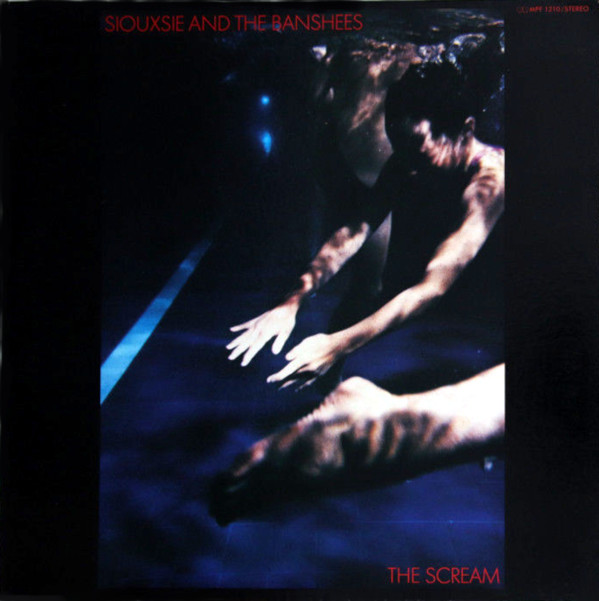 Music today was The Scream (1978), the debut album by Siouxsie and the Banshees. The album featured the angular metallic shred of John McKay and the thumping toms of Kenny Morris with Siouxsie and Steve Severin on bass. A classic in its own right with an unlikely cover of The Beatles’ Helter Skelter, the album was praised by everyone except the NME’s Julie Burchill: “The Banshees sound was a self-important threshing machine, thrashing all stringed instruments down onto the same low level alongside that draggy sub-voice as it attempts futile eagle and dove swoops around the mono-beat. Their sound is certainly different from the normal guitar-bass-drums-voice consequence. But it’s radically stodgy […] loud, heavy and levelling, the sound of suet pudding”. It was going to be a fascinating journey. A non-album single, Hong Kong Garden was released in August 1978 and reached No.7 on the UK Charts. A second non-album single, The Staircase (Mystery), was released in 1979 reaching No.24. The album released in November reached No.12 in the UK and No.36 in Australia – the world of guitars, bass and drums was changing fast.