They’ve started putting up the Christmas decorations in Porto and it seems so recent that I saw them taking them down but somehow that was last year. I guess that’s how it happens with Christmas, it’s here, it’s gone and it’s back again. Do they store them or make new ones? I’ll have to see if the shapes are the same when they are up and running because I remember them vividly from last year. The Christmas tree issue has become impossible because the fact is that they don’t have (the same type of) pine trees in Portugal. They have a version of a Christmas tree but it’s not what we northern Europeans are used to, so plastic it is, unless we can drive one down from Sweden of course. So, any Swedes driving south in the coming weeks with a van and a whole lot of space, bring a Christmas tree. I suppose this is what millionaires do when they fly in oysters for breakfast.

I went into town again today, my hand strapped up and covered in some relieving cream. Right now I have it in a brace but I have to say it’s improving a lot by hardly using it. Still, getting the lid off the honey jar is still something of an issue. The left is pretty much painless and the right is liable for the occasional spasm and if I touch it in the wrong spot it gives me a bit of a shock. But without being a doctor, I get the feeling that it’s nothing serious, it’s a strain from all that record moving, grabbing them in bunches and taking them out of the shelves. Plus lifting boxes (or trying), pushing, pulling, dragging, slotting squares in spaces, balancing, catching, tipping, leaning, labelling, securing, fastening, taping, slicing, cutting, building, organising, anything involving packing, placing, moving, fixing, filling, discarding, keeping, finding – and moving.

We got a message back from Michel in France about cassettes and he is generously going to send us some (thank you). As they are coming from France there will be no awkward duty questions and believe me there are even awkward duty questions for a bag of old used blank tapes. My days of Amazon UK packages are over unless they come from Germany but it’s better this way anyway. The problem with Penzance as a small town on the end of a leg was that you weren’t going to get much new release traffic. Finding the Dry Cleaning record or the new Colin Blunstone reissue of One Year on double vinyl wasn’t going to be easy in Market Jew Street, the main street of Penzance. So now here today, I ordered that Colin Blunstone album through my local record store (Tubitek). They are going to try and get it for me at least, if not, I’ll be scouring the net to get it somewhere, perhaps even Amazon if I must.

They have two FNAC stores here in Porto. It’s a French department store chain that sells books and records and electronics and cameras and writing pads and pens. I went there today and signed up for a FNAC card and bought some records with a nice discount. I finally got Nick Cave and Warren Ellis’ Carnage plus the new Radiohead, Kid A Mnesia. We bought a camera there a few months ago, it’s a trendy browse and too expensive to visit often but now and again is ok as long as you leave your wallet at home and tie your hands behind your back so you can’t remove your blindfold. Olivia and I went to the musical box shop and the handmade shop and I got Chrissie and birthday prezzies for my grandchildren, do it early, although I think I’m a bit late to make the birthday. 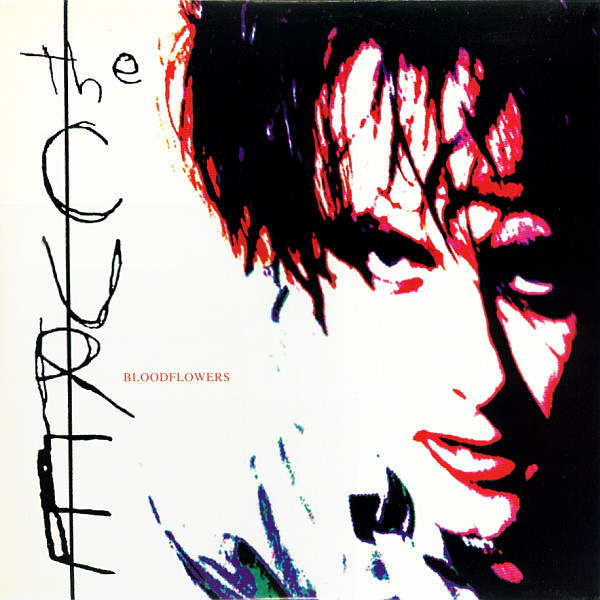 Next in line for The Cure studio albums was Bloodflowers (2000). I like this one, it’s unfussy, more intimate somehow, not all madness and surreal partying and not all cave-dwelling either. It sounds like an album that the masses wouldn’t be able to latch on to but not because of the reasons they couldn’t latch on to Wild Mood Swings. This one is not for people who aren’t really listening. The vocals are close to you, next to you, in the seat beside you. It’s like an acoustic album with electric instruments.