One does not want to harp on about feeling unwell, but I slept twelve hours last night as my body challenged various attacks from aged armies looking for revenge for me not ageing properly – I’m 63 but outwardly I look younger, inwardly probably not. One does not need to keep on about this unless it is a fascinating recovery where you wake up at 25 but with a wise and experienced older brain. Olivia brought me a wrist brace today and as I have a laptop and a desktop computer, the action needed on the laptop trackpad doesn’t hurt so much as the desktop mouse. But after twelve hours asleep and a groggy return to the world with eye migraine, body, hand and head pain, it’s taken a while to come back to Earth and right now I feel fine. I won’t be hitting the pool, I won’t be lifting anything, carrying anything or filling the kettle till it’s too heavy. I won’t be pressing on the stove lighter to light the incense but I will be going for a walk into my head to find some inspiration because all I’ve seen in the last day has been dark.

There’s a tendency to go from bed to couch when you feel out of sorts and I did just that. Olivia was out meeting a friend and I was waiting for England’s cosy World Cup qualifying match against minnows San Marino which they won 0-10. After that, it was on with the brace, some anti-inflammation cream and dinner, not as a sauce. No seshes today, so able to take it easy, and I’ve come to realise that when you are not feeling well, it’s okay to relax instead of driving through it. Lots of tea, although unscrewing the lid from the honey jar is an issue. I’m working on the theory that anything that hurts, even if it’s a little bit, probably should be avoided. Rest the hand, no gym or pool, don’t play the guitar unless you have to, no bowling cricket balls, throwing cabers, or juggling burning skittles. Just don’t use this part of the hand unless absolutely necessary.

Olivia has been getting into the Christmas spirit by buying lots of candles, they also warm up the flat. We will have a Christmas tree because I like the smell of the needles and we have a perfect spot for it. I suppose lots of people think Christmas is a great big commercial con but I like the carob Santas. The OTT Christmas ads are on the TV already, Halloween was forgotten five minutes after it ended and silly season is here. It will be our second Christmas in Porto, last year the sun was up and we were walking on the beach. It reminded me of all those Christmases I had in Australia, except it was nowhere near as hot. Also so far, no fake snow sprayed on the windows as the European tradition lives on across the world.

The thumb, what an invention. I’m not really bothered about who invented it, whether it be a god, gods or the god, an alien, aliens or the alien, or even if it was imagined by a mysterious cloud moving through the galaxy, leading to evolution. It’s just so useful! Haha. When I was a kid my parents had friends whom I called Aunty Joan and Uncle Jack. Uncle Jack had no fingers on one hand and he smoked a pipe. His fingers were apparently shot off in a war although we were too young to quiz him or hear the story. He smoked a pipe and he used to use his thumb in a fingerless hand to hold the pipe. He’d empty it and hold it tight whilst he filled it with his other hand. It didn’t seem to cause him any trouble at all – because he had his thumb. Still, I guess he’d rather have had the fingers too. 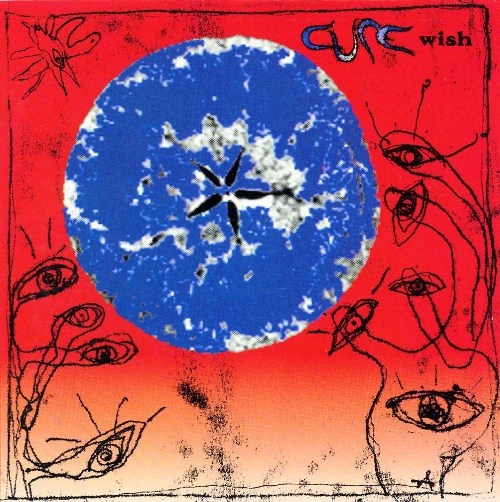 Music today has been The Cure’s Wish (1992), which showed Robert Smith’s genius of extremes by connecting moody darkness like the final track End with explosions of accessible, flowery, colourful, positive love pop, like Friday I’m In Love, which has 399,692,776 plays on Spotify.