You never know what a day can bring. Even if you have a regular routine, you have a job in an office, you get the train to work, you get the train back from work, you walk from the station to your house, you open the door, you throw your keys on the hallway table, you kick your shoes off, you get a cuppa tea (English version). My routine takes me to the leisure centre each weekday, out of the front door, into the lift, drop off the recycling, walk past the vegetable store on the corner, through the Marquês square, past the fountain and down Rua da Constituição past lines of smaller shops before turning off at the Piscina Cafe up to the centre. Today as I approached the building I could see that the gym looked quiet. I continued to the front door, raised my mask, pushed to go in and realised that the door was locked. There was somebody there in reception who came to the door to tell me they were closed. Closed? What? Why? I asked. The response was not what I expected. “Strike!” A strike at the leisure centre? Really? They are apparently striking for fewer hours and more money. They do seem to work hard here, so I hope they get what they need and the place reopens next week. But quite a surprise.

Last week in Portugal they passed a law that says that your boss cannot contact you outside work hours. I wonder how many people have this happening to them in the world, loyalty, expected to comply, as well as being unpaid for after-hours work. In music, this idea isn’t relevant because you are 24 hours a musician, a songwriter, a singer and there isn’t a boss unless you are hired. We work all day for nothing if we have to and hope it pays off in the end with enough interest in you to eke out a living, or in some cases get super-rich. I’m sure Chris Martin didn’t expect to be super rich and I can’t imagine that Ed Sheeran did either. It’s not talent that’s the question, it’s whether what you do sticks, in the end for many, mega-success isn’t the goal, it’s just doing it.

So more time to go to the ‘other’ psychedelic psupermarket (yes, there’s more than one). I was thinking today about how much time we spend doing chores. If you work a normal job and add the chores to your day, there’s not a lot of time left, no wonder people go mad at the weekends. The theory that people are more productive if they work fewer hours is an interesting one. As is the idea that working from home gets more work done for the company than going into a clinical office under fluorescent lights, an hour or more backwards and forwards on a crowded train, the stress alone must affect your productivity. Companies seem surprised that working from home doesn’t mean people are slacking, in fact, they do more work which kinda confuses the new Portuguese law.

Two seshes today, Mike in Chicago, Noel in Surrey which had me bringing out my weird 1960 Rickenbacker Capri and my newish Bill Nash Telecaster, but I was showing more than using as both Mike and Noel have played me their song demos already. Although as they both have significant guitar collections I suggested that they use different guitars on the same track to create a sonic contrast from one part to the other – that’s what I do. If you are Rory Gallagher, just use the 1961 Strat, which suited what he did perfectly, so it might depend on the kind of music you make. For me multiple guitars make sense.

On a sad musical note, Moody Blues drummer Graeme Edge has died. It’s the era before The Cure, new wave/punk, but growing up in the seventies we all had Moody Blues albums. Well me, my Liverpool friends and my California friend Queen Patti did, but as I post about The Cure albums that I’ve been listening to this week, I realise that I’m probably older than most readers here and my ex-band and our contemporaries in the eighties might be more of a musical frame of reference with a growing interest in music, whereas my frame of reference is the late sixties and the seventies culminating in the band I was in and taking in what happened in the past and what was happening when the band started. When we started we bonded on early Be-Bop Deluxe and John Foxx’s Ultravox, in itself quite different music, old and new. Ian McCulloch cites The Doors, Julian Cope cites Scott Walker, Kurt Cobain cites Black Sabbath, John Lydon cites Peter Hammill, Elvis Costello and Steven Wilson cite ABBA, Teenage Fanclub cite Big Star, the list goes on and the fans of these eighties and nineties bands might only have become aware of their heroes’ influences after their heroes had mentioned them…Robert Smith cites Alex Harvey. I was a major Alex Harvey fan too and saw The Sensational Alex Harvey Band twice in Liverpool in the seventies. 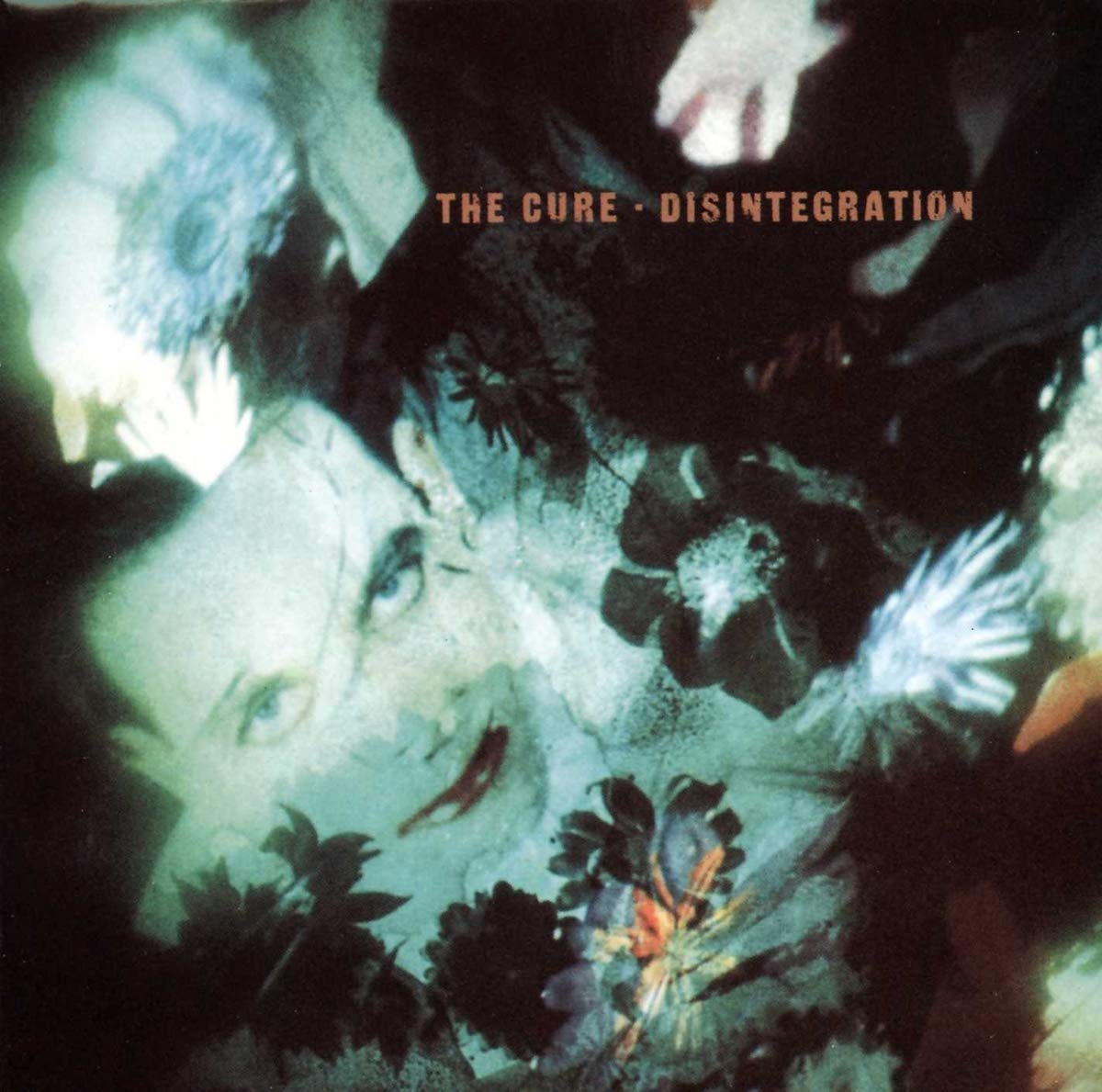 So music today isn’t music that fans of The Cure might not like, despite Graeme Edge’s death (and sadly missed, may he rest in peace). It’s that great late eighties Cure album Disintegration (1989).