I walked out into a warm summer’s day, oh, wait a minute, it’s November, ah, I must live in Portugal. The sun was hot on my skin and I was overdressed with a shirt and jacket. I was going to the pool but when I got there I wasn’t able to swim because of a filter problem so I hit the gym instead. Afterwards, I walked home in T-shirt and shorts, the sun going down but still warm enough. I remember living in Stockholm and in November it was cold, England warmer than Sweden but in Southern Europe, it’s warmer longer, shorter winters, what’s not to like? But in the house, it’s getting colder at night and with no central heating, we are closing the shutters and curtains, getting under blankets, trying to avoid putting on electric heaters, because when they’re on it’s like burning money.

Olivia went out soon after I came home as she’s going to try some dance classes instead of the gym (she’s not into swimming). Her friend Isa has gone back to Switzerland where she is doing her PhD. I got into my French lessons early because the Diamond League is competitive and to stay in it you have to do the work. It’s slowly sinking in but much slower than I would like, it’s hard work fitting everything in and one of the most difficult personal skills is to be able to shut everything else out whilst you are concentrating deeply on your chosen task. The modern world doesn’t make it easy.

I started to catch up on sessioneer songs that I’ll continue with tomorrow. I want to be up to date tomorrow because on Wednesday we want to go to the IMAX to see Dune. Everyone says it’s amazing but then The Shape Of Water (2017) won an Academy Award…I’ve never read Frank Herbert’s Dune trilogy but I did see the first attempt to make a film in 1984 which is widely recognised as a monumental failure – it seemed everyone came to that conclusion. Remember Sting’s role as Feyd-Rautha?

Staying on sci-fi, we watched the last two episodes of Doctor Who, Season 12, over dinner. Always good to be freaked out by cybermen stomping around and I’ve grown to like Jodie Whittaker as The Doctor (as I did Peter Capaldi). But one more season left for her and who will be next? The show’s first broadcast was in 1963. In the days of erasing the tape to record another show, the BBC managed to lose 97 episodes that haven’t been found overseas or hidden in a corner under an old fridge. They are gone.

A meeting tonight about me making a solo record, will keep you posted on that one. We have a lyric video for Hand In Hand, the single from the imminent Afridi/Willson-Piper In The End, The Birds Will Sing album. New Arktik Lake songs are taking shape and Jed and I have been working on the Space Summit II demos. But I need to get back into the habit of writing songs of my own, it’s just a habit, a discipline. If I can keep up the French and the blog, then I can surely click into the magic search for tunes. 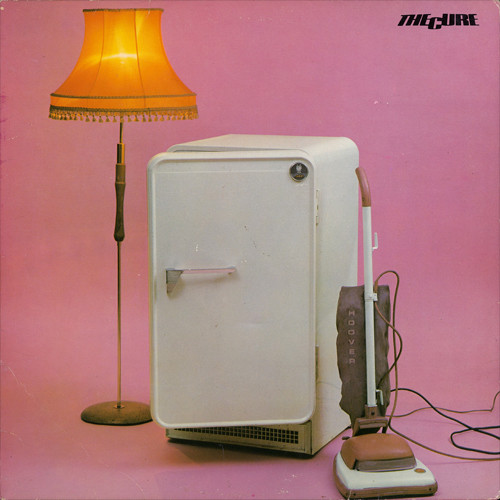 Music today has been the very first Cure album Three Imaginary Boys (1979). It’s the only album with Michael Dempsey who played bass and sang a cover of Jimi Hendrix’s Foxy Lady, unlikely but true.