Every first and third Saturday in the month there is a market in the Marquês square and today I forgot about it until 5.30 PM when I went to the psychedelic psupermarket and remembered because it was there. I went for a deko, always looking for odd artefacts like old metal ashtrays in the shape of a crab with a lid (last month’s find) for me or scary dinosaurs for Olivia. Occasionally we might find a mermaid or some other strange curio but I rarely find records. There’s one fellow who has records but he never has anything I want, it’s always a mixture of easy listening, Portuguese schlager and the occasional later Rod Stewart album. So I was happy to find someone else selling records today, not many but two great ones, The Lilac Time‘s & Love For All (1990) produced by Andy Partridge and Catherine Wheel‘s Chrome reissue (1993/2017). Great to have vinyl copies of these two albums which I have on CD. Emanuel who sold me the records (and 13 copies of the Wire magazine) is an ex-band fan and sent me an email later with his wish list – Of Skins And Heart and Seance.

Olivia was up early today and off to the airport to pick up her friend Isa who has come to visit for the weekend. I saw them briefly but they were out and about touristing around all day and night whilst I stayed home and tried to spend that one day a week when I get to do nothing – doing nothing. So Man U/Man City 0-2, snooker, Match Of The Day, and because Olivia wasn’t here a chance for beans on toast (two tins left). But as Olivia has become such a good cook, I discovered I need more from dinner and so I sprinkled chilli powder over the beans. There’s been a lot of talk on the net about which are the best beans but the chilli equals the playing field and now it all comes down to texture! Haha.

We have been offered another year rental contract on our flat which we have decided to take so we will be living around this area for a while longer which is cool because we like it a lot. Near the swimming pool, an easy walk into the city, our regular haunts and the thought of moving again after the England trip seems like an upheaval we don’t need. It’s been so long for me since I had a regular place to live, so I’d like to experiment with normal for once.

It was warm today, welcome to Portugal in November. Olivia and Isa were at the beach having breakfast in a beach cafe. But when the sun goes down I’m quickly closing the shutters, drawing the curtains, trying not to leave any gaps and sitting on the couch with a blanket close by. The flats aren’t designed for cold weather, no central heating, no double glazing and electric heaters are expensive, we learned that last year. It’s not like we are sitting here shivering and the heater will go on if ice starts to form around the stereo but it reminds me of my Aunty Gwen who used to have one room in the house cosy and the rest was freezing. Going to the loo was a real adventure, taking your clothes off before you got into bed was frightening and waking up in the morning you saw your breath in clouds in front of your mouth. Having a shower was torture, no wonder we avoided it when we were growing up. 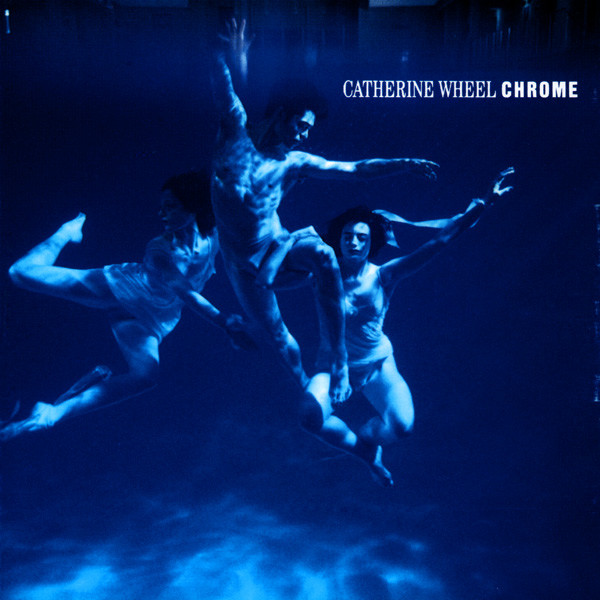 Music today has been Catherine Wheel’s Chrome (1993). If you are interested, I read that Rob Dickinson, Catherine Wheel’s singer, is releasing his solo album Fresh Wine For The Horses (2005) on vinyl – and I play lead guitar on one of the tracks (Oceans). If you find it, buy a copy for me and I’ll sort you out.