I awoke an hour early or so I thought. Today, Halloween, the clocks lost an hour and time moved backwards. All Hallows’ Eve, The Day Of The Dead, the witches, the devilish pumpkins grinning fire, skulls and skeletons, ghosts and all kinds of sprites, imps and spirits, rising from under the Earth up into the sky and terrorising the planet. And if it seems like a ghoulish game, a joke, some stores won’t stock Halloween paraphernalia due to religious beliefs. So today when I awoke and looked at the clock I noticed that not only had we gone back in time by one hour but the clock itself had changed from a digital clock radio next to my head to an old grandfather clock that stood austere, grand and ancient, on the other side of the room, ticking or rather clunking with a large brass pendulum swinging slowly from side to side.

The bedroom was no longer the modern room in which we went to sleep. The curtains were heavy velvet, an oak chair was set against a wall, I saw a heavy wooden wardrobe and the bedroom door itself was large, heavy and thick with a giant handle that almost hid an iron key that hung from the lock. The bed itself was large with a headboard and carved bedposts. The sheets were heavy cotton, crisp and white and there, buried in a soft down pillow was my wife Olivia wearing delicate lace on her shoulders, her hair raised in an ivory clasp, fast asleep, unaware that we had awoken 172 years before we went to bed.

I was wide awake, Olivia still unaware, hanging in a dream where she may have been driving a Maserati through a supermarket, instead of riding a horse side-saddle through a field in front of a manor or being driven in a horse and carriage through the bustling streets of a city. I slowly eased myself out of bed and had to give myself a small push from the hips for my feet to touch the distant floor where I fell into slippers. Across the room another more ornate chair where I found britches, the fashion of the day and a white linen shirt, oversized. I’d been sleeping in a garment I’d never previously seen which I slipped off and changed into the clothes provided. Were they provided? Or were they my clothes?

I came to the bedroom door and although there was a key, when I turned the handle the door didn’t seem to be locked and opened freely despite its size. I peered out into a hallway, dark, lit only by the light of the day that had managed to find its way through windows at either end of the corridor. All was silent. I quietly closed the door behind me so as not to wake Olivia and stood for a moment looking in both directions, finally deciding to walk forwards to the left. The corridor bore candlesticks that jutted out from the walls and an old-fashioned wallpaper but with no hanging pictures. As I inched my way forwards, I cast the odd glance behind me till the light became brighter where a large window exposed bright sunlight and a wide staircase down to another floor which seemed to harbour the entrance to the house. A receiving area for imagined guests, the carpet had ended at the foot of the stairs and the floor was a patterned marble that led to the entrance. I crept down unnerved by the silence, aware of the small noise of my careful steps.

My inclination was to continue to investigate the house, to look for signs of life and explanation but something told me that I might gain more answers by opening the main door and seeing what the landscape could tell me. Were we in the countryside, the city, in a strange country? The glare of the sun through the hallway window had obscured my view of the outside and the heavy curtains in the bedroom had me consider investigating the room and the bedroom door before I hastened to look out of the window. I walked slowly across the marble floor noticing patterns of triangles and symbols below my feet until I reached a double door that opened inward. I grasped the handles with both hands and pressed them down bringing the doors towards me, a crack of light turned into a white wall of blinding sunlight as the opening grew larger leading me closer to the answers I craved. 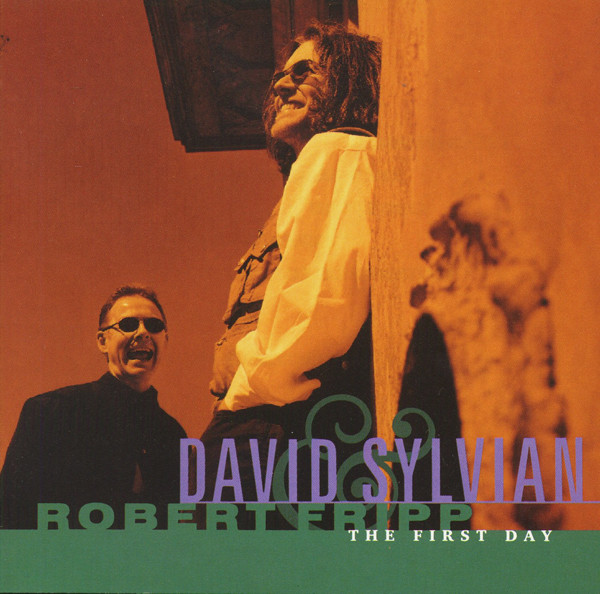 Music today has been the Sylvian/Fripp collaboration, The First Day (1993).