Thanks to Francisco at the Porto pool today for the extra eight minutes past finishing time, allowing me to complete my mile on return. I got in there ten minutes late the first day back and flew up and down the pool for the last ten lengths as Francisco waited. It really is incredible how the body keeps its training. In the five weeks I was away I got to swim three times in thirty-six days and only when the archive was being dismantled in Penzance. And yet today I jumped in the pool and swam 64 lengths non-stop and lived to tell the tale with little discomfort – I feel it but there was also no problem doing it. It just shows you how regular anything can have you achieve things that seem impossible – like writing songs, playing better guitar, Songwriting & Guitar Guidance.

Another warm day today here in Porto and walking to the pool it felt like home. Familiar faces, Leyla, Tânia and Vera at reception and after the pool we went to meet Cláudia and João at Rangel studios where we hope to be working together in the future. It feels like home in Porto despite not being able to speak Portuguese (having a flat helps). But for me familiarity isn’t just the criteria for the feeling of home, it’s being comfortable in the space you are in, in a place that suits you and Portugal has a large selection of those things – it’s a little warmer, a little cheaper, generally friendly and doesn’t feel unsafe, it’s beautiful and intriguing because it’s a foreign land. Everyday is an investigation into something I didn’t previously know (not that living in Scotland wouldn’t give me a whole lot of insights). Living anywhere different to where you are from always gives you a whole lot of new ideas to process. Having said this, going back to Liverpool to work with The Wild Swans was as exciting as anything I’ve ever done.

Knowledge today told me something that I didn’t know and I wonder if it’s true? Éclair in French means lightning bolt, so is a chocolate éclair really a chocolate lightning bolt in France? My French lessons have taught me some odd things that we don’t really think about as English speakers as we use French words in our language. I couldn’t believe that filet mignon actually translated to cute fillet! I suppose that most people are aware that déjà vu means already seen. One internet interpretation of déjà vu is:

“Your brain falsely perceives what’s happening in the present as a memory, or something that already happened”. Another described it as “sudden invasions of vaguely reminiscent consciousness”. If you would like to read an intellectual paper on déjà vu go here. Interesting to connect déjà vu to prediction and that other strange sensation of having something ‘on the tip of your tongue’.

Back home for a long sesh with Brian in Indiana tonight, catching up on his prolific writing and recording. I hope one day to be able to get music recorded at home as well as Space Summit Jed does, Surrey Noel does, Mike in New Orleans does and Indiana Brian does. Achieving some professional quality that might cross that border from demo to real album.

Dinner watch has us back into Doctor Who and I heard that there will be a new doctor after Jodie Whittaker completes her third season as the thirteenth doctor, who could be next? 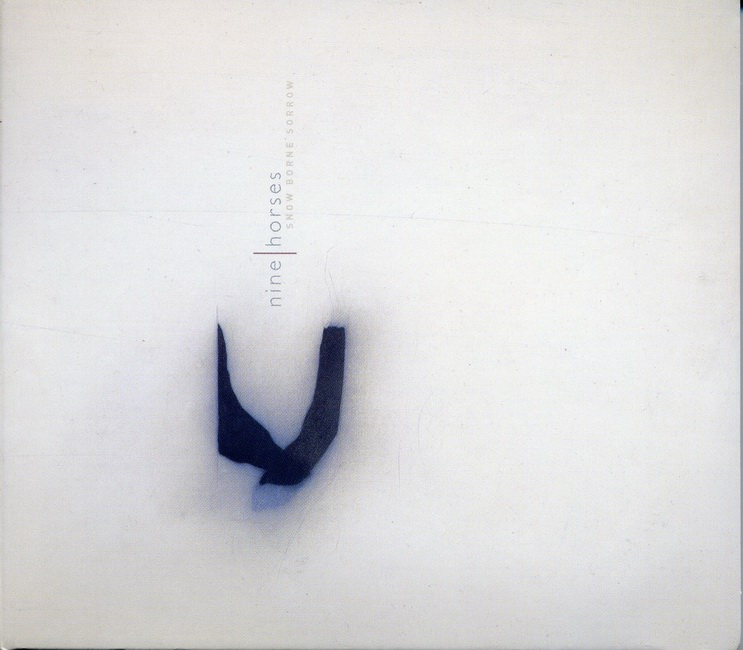 Music today has been Snow Borne Sorrow (2005), the one-off album that David Sylvian made with brother Steve Jansen and Burnt Friedman under the name Nine Horses with a guest appearance by the intriguing Stina Nordenstam. Ryuichi Sakamoto also appears on piano along with Norwegian trumpeter Arve Henriksen.