“Life’s too short to drive boring cars”. This was written in the window of an old tan Fiat 124 station wagon which we saw parked in the street on the way to the psychedelic psupermarket today. Although I don’t drive, I’ve always liked the sculpture of cars and between about 1960 and 1978 I know British cars and can generally name them when they drive by – Olivia is so impressed. The Fiat we saw today was manufactured between 1966 and 1974, it stood out amongst all the other cars. I suppose it might not perform as well as a modern car but this also wasn’t a luxury car and like Ariel, who struggles to keep up, it’s the character that’s the thing. Of course, the character of a nice early sixties Aston Martin with its high performance, leather seats, walnut dashboard and sleek lines would be a nice acquisition too – in another life. A 1964 Aston DB5 could cost you over $1,000,000. When they were made they sold brand new for around $11,000, so much for a new car losing its value as soon as you drive it out of the showroom. 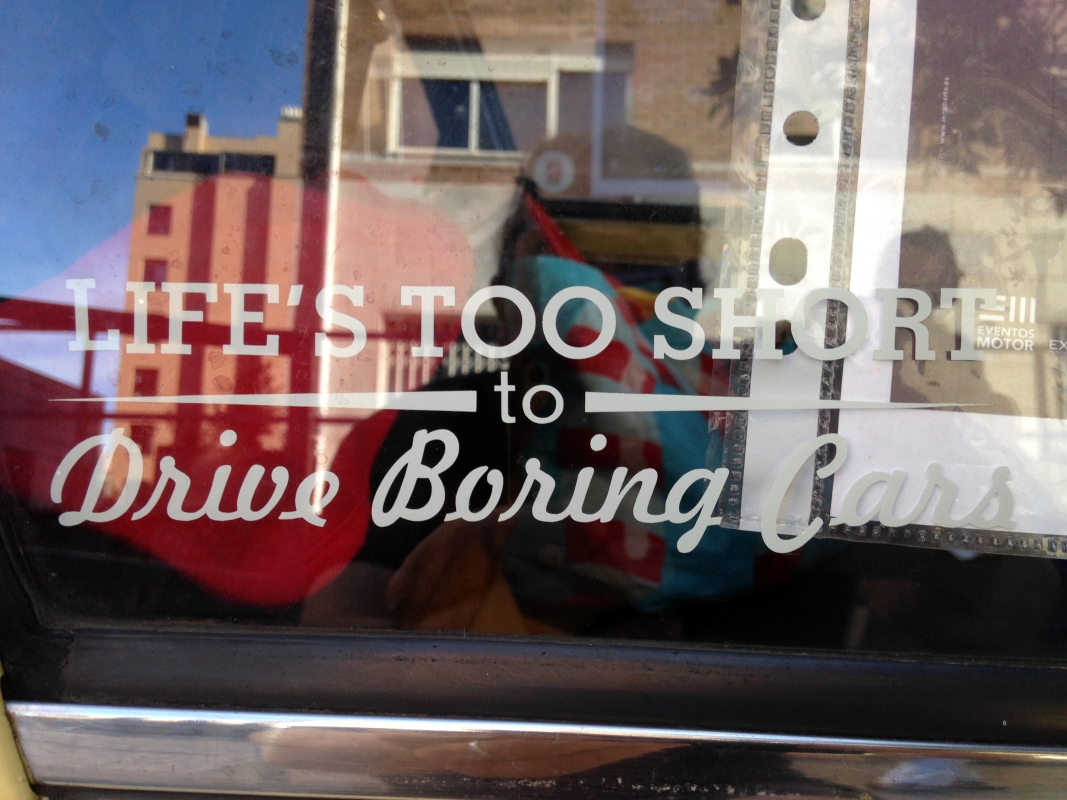 It was a warm late October day today and in Portugal at this time of year – it’s still T-shirt weather. At the traffic lights, a girl was stretching as she prepared for some acrobatic act that she performs for less than a minute before walking between the cars with a hat. Street acrobats are common here, buskers singing and playing the guitar in the city and often men and women with classic voices singing along to backing tapes. I used to busk in the seventies, in Berlin, in Paris and in Sydney in the eighties. It was in Sydney that my classmate Debbie from Liverpool walked by, we looked at each other in disbelief. More recently Olivia and her friend Tina and I busked in Bochum, a Turkish man in a wheelchair gave us 10 euros, I think we made enough for dinner. Olivia is threatening to busk in Porto. 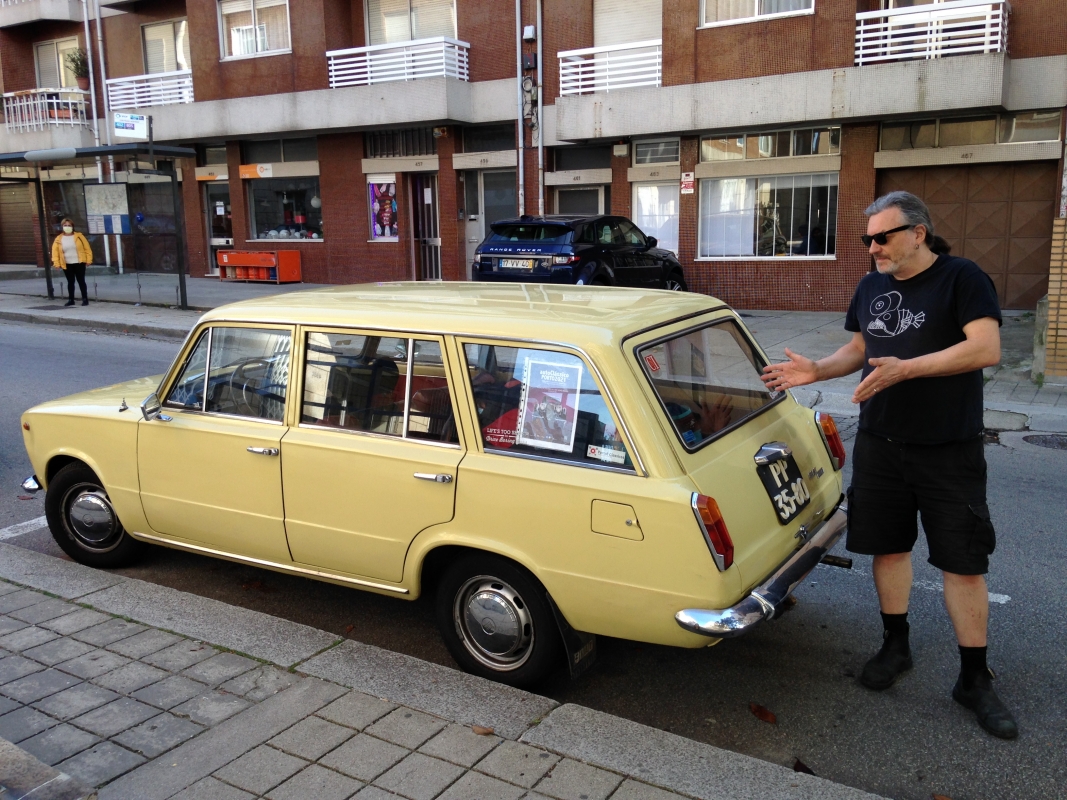 I had two seshes today that had been postponed because of my situation in England but it was great to speak to Chris today in New Jersey and Jeff in Ohio and all of us getting back on the music track as we head into the autumn. Now I’m back and I’m able to settle into the routine again and sessioneers are gearing up their projects. I’ll be posting songs and projects as they are completed, Arktik Lake are rehearsing new songs for me to sing and we hope to be working on an album early next year.

The Starfish expanded, super HiFi, analogue, space-mastered, Venusian, double extended vinyl reissue is out and received a review on Psychobabble. Apparently, it sounds amazing, I have it here but haven’t played it yet but other people have told me that it’s sonically amazing and is a must for fans of the album. 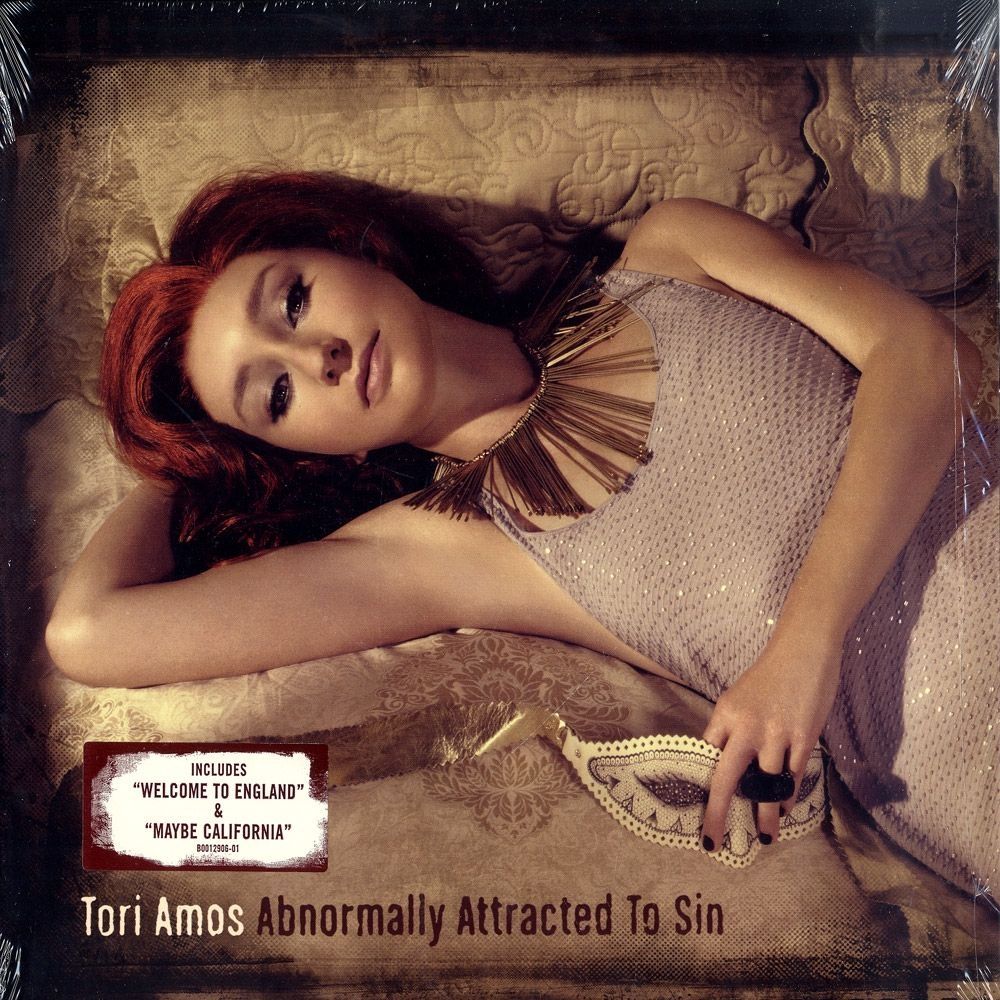 Music today has been the Tori Amos album Abnormally Attracted To Sin (2009). The title comes from a line in the film Guys and Dolls (1955). The album was recorded in Cornwall and I played it because I see she has a new album, Ocean To Ocean, coming out at the end of the month and I have all of her albums. Although she lives in Cornwall I never saw her, perhaps I should have looked her up.