Today I’ve been trying to figure out my options for the archive as the collapse of the house sale throws a rather large spanner into the works. Although the house will sell eventually, I have a time limit on getting personal items into the country (one year from gaining residency). That date is 30th December and I need to book the move a month in advance, so I really am running out of time. Of course, the inability to travel and to sort things out in England until now hasn’t helped and I suppose selling property must have been hindered by Covid too. I called the storage house today to find out an approximate cubic capacity to find that the manager was out with Covid, we saw him all the time for three weeks but other workers there seem to be negative. Last comment on this for now, it’s hard for a 63-year-old English musician to get a £25,000 loan in Portugal, despite being able to pay the money back when the house sells. On a positive note, it might sell in the coming weeks, we’ll see but if it doesn’t and I can’t raise the money then the archive will be stuck in storage with the spectre of customs duty if I wanted to move it to Portugal and that will be out of my price range.

I was supposed to go swimming today but discovered that my swimmers, goggles and swimming cap hadn’t made it back from England and I had to go into town to buy a new set. I also had to go to the bank to put in a way overdue publishing cheque. The company wasn’t able to find me for years and they finally did and sent me a cheque to Portugal. The amount was not massive as the sales that this deal covered had seriously waned. Still, it would pay some coming rent and that’s always a relief. The problem is that the bank told me it would take up to 45 days to clear. I’ve come to the conclusion that institutions can demand anything they want from you, charge you anything they want and take as long as they want to complete (in this case) a transaction. There’s nothing we can do about it but the troubling thing is that if they want anything from you, a payment or reams of complicated paperwork filled in – then they want it now.

On a positive note, the walk into town was pleasant, it was a warm day and I was overdressed with a light jacket. I went alone because Olivia had an appointment with a garage for Ariel’s MOT, which (on another positive note) she passed. In town, I sat for a while and had a coffee, people-watched and wondered where everything would be in a year – the archive, Covid. My body seemed to be recovering from all the physicality of being in England although my thumbs hurt. I think it’s mainly from taking records out of shelves and as a guitarist pain anywhere near your hands completely freaks you out. Having said that I’m not done yet.

The journey back on the train from Gaia to Porto today is always breathtaking as you come over the bridge and see the river Douro far below you and the ancient buildings of Porto as they climb up from the riverside on a steep incline into the city. Unlike London, everyone on the train was wearing a mask.

The giant lava lamp takes so long to heat up the wax that by the time it looks like it may actually be doing it, it’s time for bed. On that subject, England has made me wake up earlier and go to bed earlier. I imagine that I will slowly get back to my usual hours although with the clock change coming up and everything going back an hour my body is going to be confused but as long as my mind isn’t confused there’s hope. 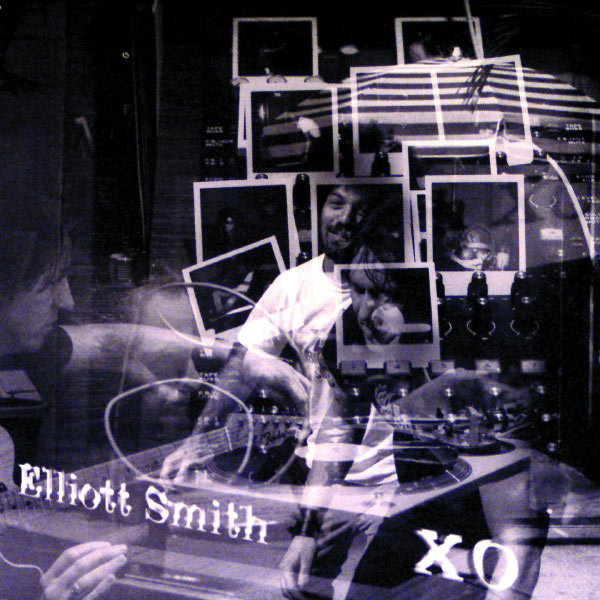 Music today has continued with Elliott Smith and the major label, bigger budget debut XO (1998), his fourth album. Lotta love out there for Elliott, listen to his records.