I seem to have spent all day removing British plugs from stereo components and replacing them with continental plugs in the great Portuguese stereo setup. I can’t live in a world without a proper stereo system and whether I’m playing vinyl, CD, or even my iPod, I need those floor standing B&W speakers. Obviously, there’s a lot to be said about having some quality equipment and you can attain it by spending a lot of money but if you have a terrible setup you can also improve what you have for very little money and have a much better musical life. I’m no expert but there are people out there who can give your ears the treatment they deserve on your budget instead of the abuse from mobile phones or stand-alone tinny speakers or even little expensive quality speakers that may have impressed you with their bass response but do nothing for spread, air, space, moving speaker cones and true stereo. Save up, improve your system, you won’t regret it.

During all this, shaving wires and wielding screwdrivers, Olivia was organising the artefacts that we managed to bring along. I have an ornamental skull collection, half of which made it with Ariel. I was undoing Olivia’s thorough bubble wrapping and she was contemplating placement on the wall shelving in our front room. Our flat here in Portugal is furnished and the owner has one whole wall of shelving which has had some sporadic items of his on display, an intriguing set of pincers, two plastic fans and a fake plant as well as one of those wooden drawing practice figures. Now, we have our slightly eccentric collection to replace them with. The Mexican section, the African section, the Asian section, little windows into the world via found objects. If you ever want to bring me something back from Mexico, alebrijes, skulls, any painted colourful folk art, if you ever want to bring me something from America, then its Celestial Seasonings – Tension Tamer tea and if you ever want to bring me anything from England, then, of course, that would be tins of Heinz baked beans.

Which reminds me, I’m looking for a volunteer to collect the Dylan vinyl series that has just been released in England for me. Great for the archive, I’ll paypal you the costs and you keep them for me till I get there to pick them up or you find yourself in Porto. Let me know, it’s about £15.99 per issue and I can obviously pay you in advance of each issue.

I have the first three (The Times They Are A-Changin’/The Freewheelin’ Bob Dylan and the self-titled debut). They are available at W.H. Smith and can probably be reserved in advance, but you gotta be in England. Let me know, I think they are weekly, so from next week.

Settling back in, getting back into the sessions and the plans for sessioneer projects for the future. It’s been a little difficult doing everything from a campsite or the inconsistency of the occasional friend’s front room but now I’m back and won’t be fighting for internet availability or a decent signal or even enough light to actually see that it’s me you are talking to and not Darth Vader’s shadowy cousin. I suppose it was pretty ambitious to keep the seshes going throughout the last five weeks but I managed it with some, if not all and from Sunday we are back on track. If you are waiting to hear from me re seshes or are looking to book some time, I’m back! 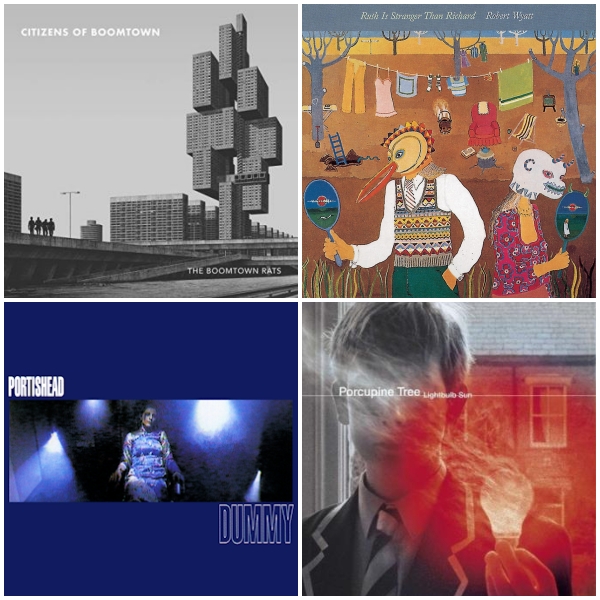 Music today has been really something because I’m hearing it properly in the comfort of my own home. I recently bought the new 2020 Boomtown Rats album Citizens Of Boomtown (it was only £8.99, brand new vinyl). I’m not sure about this album on one listen, it’s very rock ‘n’ roll rather than new wave/punk which was surprising. Followed by Robert Wyatt’s Ruth Is Stranger Than Richard (1975), always a pleasure. Then Portishead’s Dummy (1994). It’s been so long since I heard this album and I thoroughly enjoyed it tonight. Last but not least, just to hear a favourite album with the stereo setup, I played Porcupine Tree’s Lightbulb Sun (2000).