For some insane reason after that crazy expensive five weeks, a gruelling two-day journey in the rain, in the cold, sleepless, long and seasick, somehow after getting to bed after 6 AM, at 11.20 AM, I was up and even Olivia had returned from the dead and was contemplating unlikely stirring. Perhaps it was as a result of everything strewn about the flat like a herd of elephants had stampeded through the front door and carried on through the lounge window via the kitchen. Just an urge to get going, dig in, fix the mess. So we did just that. Olivia was looking at mountains of washing, blankets that had been in the archive, sheets from the archive bed, from our guests, from Ariel, and piles of clothes from travelling. But waking up in our own bed was pure bliss, although I forgot to lower the shutter as I finally collapsed in a heap and the day came streaming in like a giant crashing white wave.

First stop was the supermarket to fill that empty fridge and three heavy bags later I was fighting my aching back, willing the shopping home struggling like a mistreated horse dragging a log. I dropped everything off and went straight out again as I needed to buy some European plugs, not adaptors but real plugs for my English stereo components. João at the computer shop had told me where to go but I managed to get there in the middle of lunchtime and they were closed. Am I imagining this or have shops in northern Europe done away with lunch in the name of business? I found myself one subway stop’s walk away from home at Faria Guimarães and casually wound my way back via the twisty streets between the tiled house fronts, the ruins and the select shops that had actually remained open over lunch. Back inside, it was unpack and tidy up mode before going to meet our friend Ricardo who had collected the keys from Stephen and Naoise (our guests).

In the city, one of the ladies of the day saw us across the road and waved profusely with a big welcoming smile. I’d noticed in comparing the weather situation when we left Portsmouth and the weather situation when we arrived in Santander, that it wasn’t just colder versus warmer but more of a different climate as we lurched further south. Consequently heading into the city to meet Ricardo in an outdoor cafe in shorts and T-shirt in late October proved my point. From there we went on to find plugs and a screwdriver which we did in two very friendly plug and screwdriver shops. Olivia went and paid her Portuguese telephone bill and in the same mall we bought two silly Halloween mugs with skeleton fingers and two silly bowls with luxuriating skeletons in the pottery. Incidentally, in that shop we heard Tyrannosaurus Rex‘ Cat Black (The Wizard’s Hat – 1969) from some witchy compilation. We walked back home where I had a sesh with Brian in New Jersey, seeing great progress there.

Dinner at home as a rarity and the novelty of watching Netflix, the opposite of binge-watching. We decided to watch The Secrets of the Saqqara Tomb and halfway through I was falling asleep, not because of the documentary but because it was inevitable. A good night’s sleep tonight with the shutters closed and the elephants redirected and we should be back on track for the weekend seshes, some football as I missed all Liverpool’s recent glorious wins, and preparing for next week and finding the right people to ship everything from England to Portugal, duty-free!!! 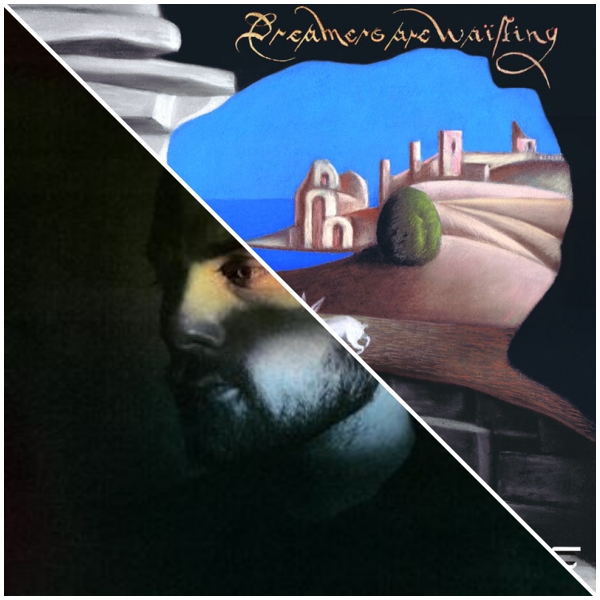 Music today was my sixties playlist on Spotify which I think you can tap into if you wish. Then I thought I’d go contemporary mellow and listened to Iceland’s Ásgeir‘s Bury The Moon (2020) and Crowded House‘s Dreamers Are Waiting (2011) but found myself getting way too smooth with Ásgeir and it took me till Track 11, Start Of Something, before I traced that Finn magic. I’ll give it another couple of listens but One Nil is hard to beat or those dotted Crowded House classics like Not The Girl You Think You Are, Fall At Your Feet and Into Temptation which somehow didn’t make the single disc version of the Best Of.