The mist, the sun, then the mist and then the sun again, what kind of day is it going to be? The mist won in Somerset and the clouds seemed to be winning in Wiltshire. But when we stopped briefly in Hampshire, the sun was back. We went to Andover to see if we could see any evidence of The Troggs and I was walking through the streets whistling With A Girl Like You (1966) but nobody clicked. The Troggs (originally called The Troglodytes) weren’t our main focus of attention today, it was something a little older – Stonehenge. 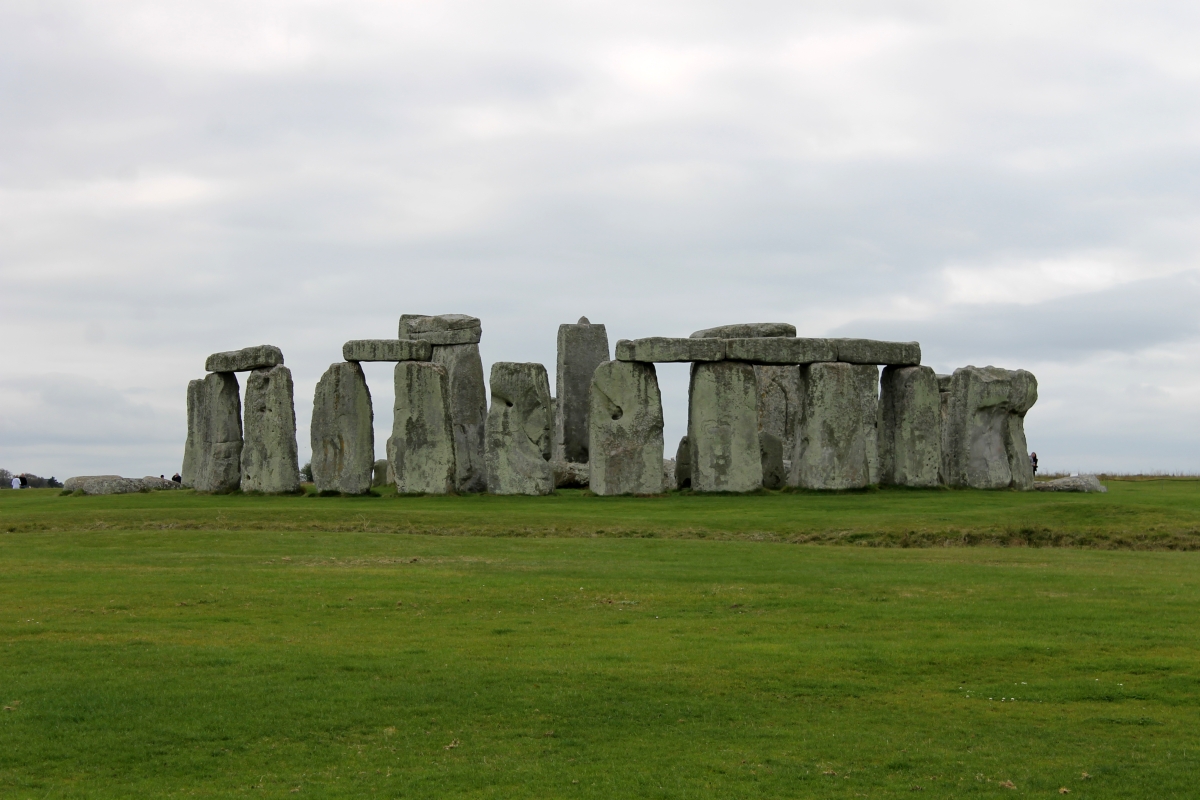 Olivia hadn’t been before and I hadn’t been since they had built the new visitor centre and the bus from the car park to the site. It’s now such a popular tourist attraction that it needs stewards and guards and all kinds of admin people. At summer solstice it attracts 30,000 people. In the good old days (4,500 years ago) you could drive and mingle very closely but now it’s just too popular. The first thing we noticed wasn’t the stones themselves but the crows. Such odd creatures, they seem to be analysing everything they do, like they are really thinking about it. “How do I get this worm out of the ground? What would be the best way of doing it?”. Then I thought, at any minute one of the crows is going to ask me a question! They went on pecking, cawing, croaking and looking intelligent as we turned our attention to an amazing place. 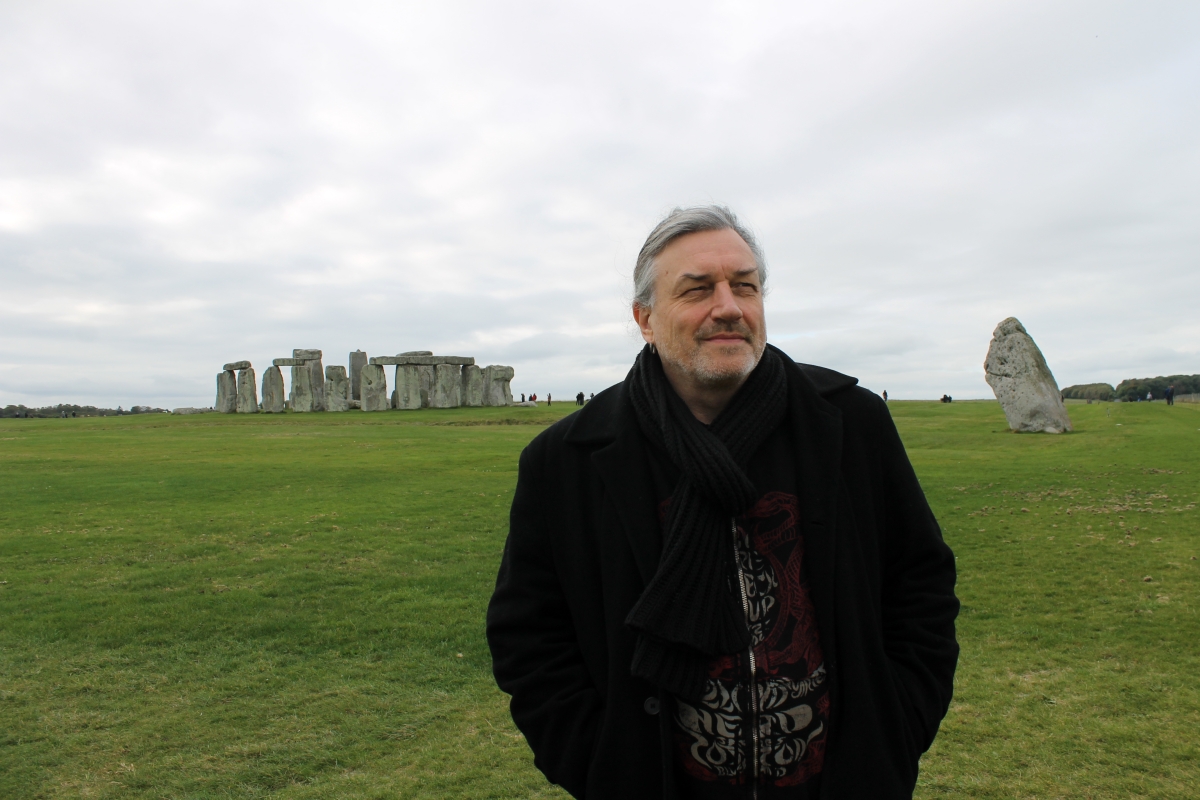 The stones are a sight to behold, shrouded in mystery, in ritual and you are in awe of how such giant stones were put there and how important they might have been to our ancestors. You circle around them, contemplating their significance from all angles and trying to imagine the stages of history where they were in the presence of mysterious figures, hooded worshippers of something we can only guess at. Having said that the alignment of the stones with the sunrise on the summer solstice, the barrows that surround it and the burials associated with it, make me wonder about dark and doomy funerals and processions. It’s not quite so simple to express the magic of the place but the travellers in the vans across the field are here because of it, the tourists flock to experience it and in the end, all you can do is simply stare at it in wonder. 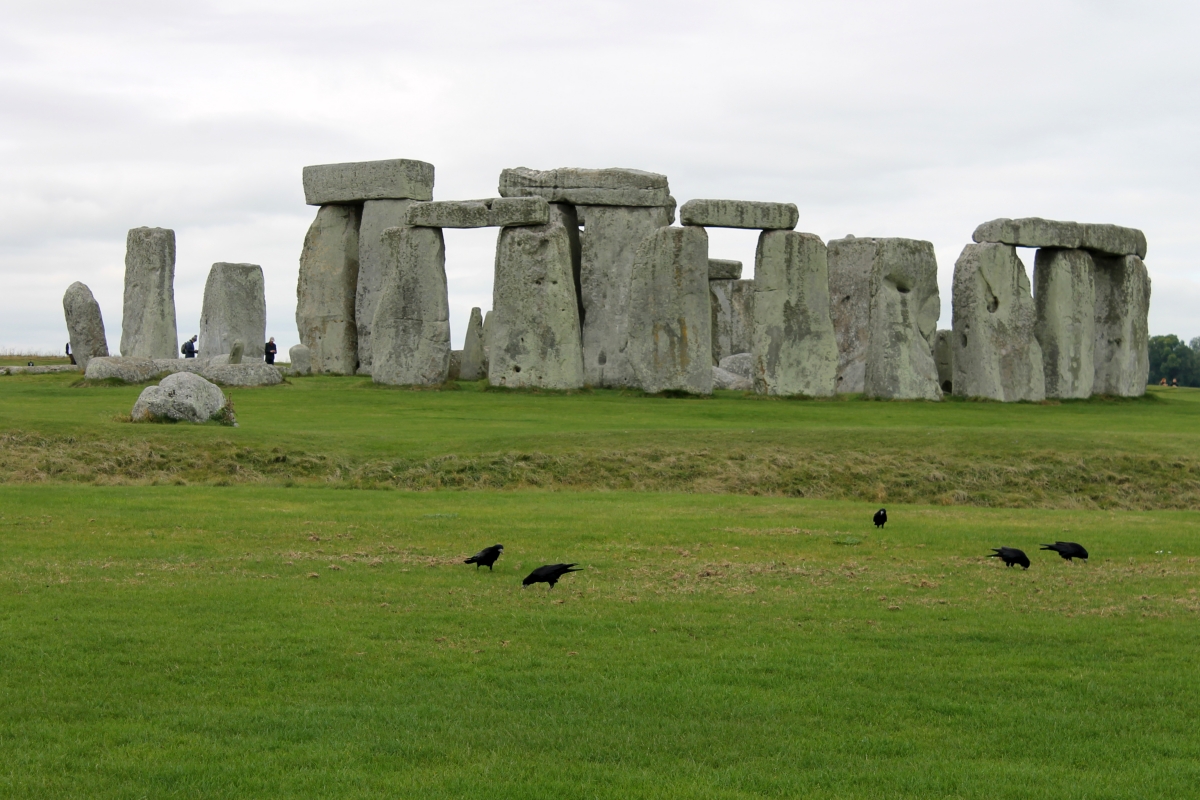 One of the stewards was an Australian girl with a broad accent from Leeton in NSW between Wagga and Griffith. I told her I’d played in Wagga Wagga (I think) and she knew all about the ex-band and we talked about Aussie bands in the presence of the stones, quite odd really to be discussing Australian Crawl, Brian Mannix and Uncanny X-Men, Chisel, The Oils, Flowers (Icehouse), Kids In The Kitchen, Serious Young Insects, Hoodoo Gurus and the like. I couldn’t get away from the ex-band today, we took a picture for a couple and for some reason, music and then the ex-band came up unprompted and Priscila, the lady from Brazil, was a fan. Hi Priscila and husband if you are reading this. 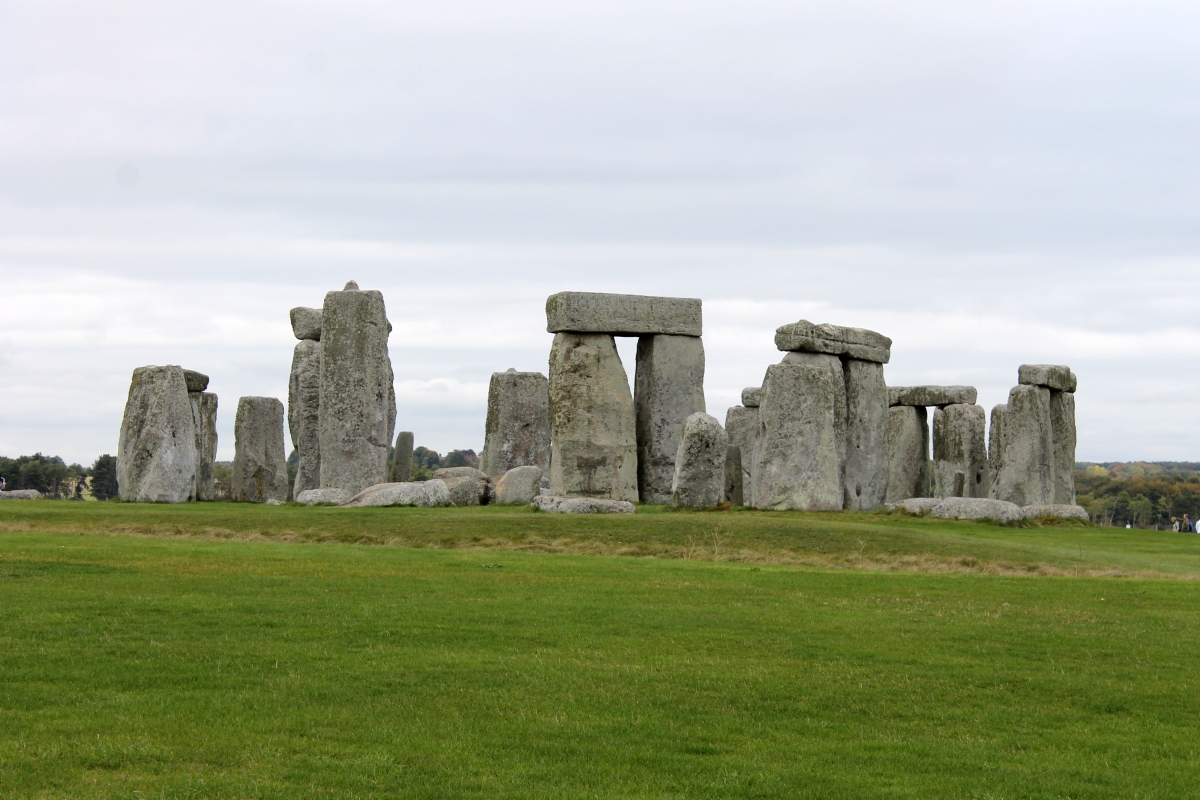 By the time we got close to London, we were in traffic and crept our way to New Malden, past the Thames, through Sunbury and Richmond and saying hello to Henry at Hampton Court. We arrived as Biggles returned from walking Bear (the dog) and we had a lovely campfire dinner and as usual a fascinating conversation about the universe. Colleen, his partner, was away, living it up with her mates on the Isle Of Wight which we will be sailing by on our 28-hour ferry on Tuesday. 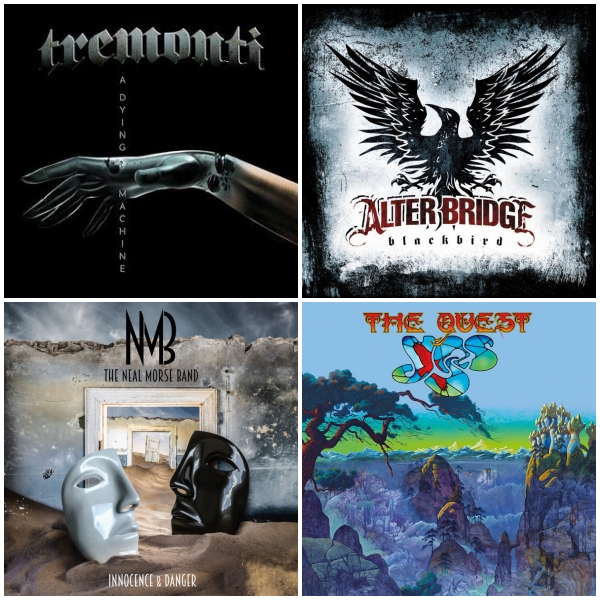 Music today has been c/- me old mate Biggles, with whom we are staying this weekend. Eez sumthink of a (prog) metal geezer!