The day started with a chill in the air and a mist that swallowed up the hills. Olivia bravely took a shower and I stayed with Ariel and my computer where I confirmed that my new battery didn’t work. 100% plugged in and then almost immediately dead when it’s let out on its own, which means I have to go back into London at the weekend to be pushed, squashed and breathed upon by the swarm. Here in the field in complete contrast to London at night, it’s quiet and empty and there is a brilliant bright sky that’s almost as good as Piccadilly Circus! That’s what people up north used to say when it got busy somewhere, ”it’s like Piccadilly Circus”, probably not having been there but acknowledging that it might be pretty busy all the time down in the smoke. Cold again in the passenger seat typing, but it has been worse – I forgot my big coat which usually protects me so I’m covered in blankets instead, yawning but not quite shivering. I need a heated poncho.

We made some progress today and although we’re still not done we managed to get into the boxes sent down to me after Aunty Gwen died. She was a major music fan and I inherited all her records. A very mixed middle of the road selection with lots of older singers too like Ella Fitzgerald and Peggy Lee, Frank Sinatra and Dean Martin. I was surprised then to find a copy of Guns N’ Roses‘ Appetite For Destruction (1987) with the original troublesome cover. I suppose the publicity for that album got into every corner of the world – there must be a picture of a yak somewhere carrying the album on its back. There were some great singles from the sixties that she’d bought brand new and still in their original sleeves – Sandie Shaw’s Girl Don’t Come (1964) for example. It was sad to go through Aunty Gwen’s things now she’s gone but we will be forever grateful for her for making it financially possible to move the archive and studio to Portugal.

We worked hard today, trying to label everything, naming each box and giving it a number. There are so many small boxes – you can’t fill a big box with 78s, too heavy, too fragile. There’s also a lot of heavy boxes and I’m freaking out about the quotes to come. There’s no point worrying about it, we just have to hope that the Aunty Gwen inheritance and moving to Portugal are compatible and the costs are covered between that and some donations through GoFundMe (we’ve contacted GoFundMe about the issues you’ve been reporting – no answers).

After leaving my coat, my bag and my brain cells in the storehouse we went around to Wetherspoons to meet our drummer Ed (Noctorum, Ahad’s record, Space Summit, MOAT). Great to see him, he works close to here, teaching drums and this will probably be the last time we see him before (hopefully) seeing him on a project in Portugal. I always said that you can probably fly to Porto for about the same price as driving to Penzance. We met for food and after yesterday’s expensive Indian meal (£50) we were happy to get back to reality and ate for £11.50. 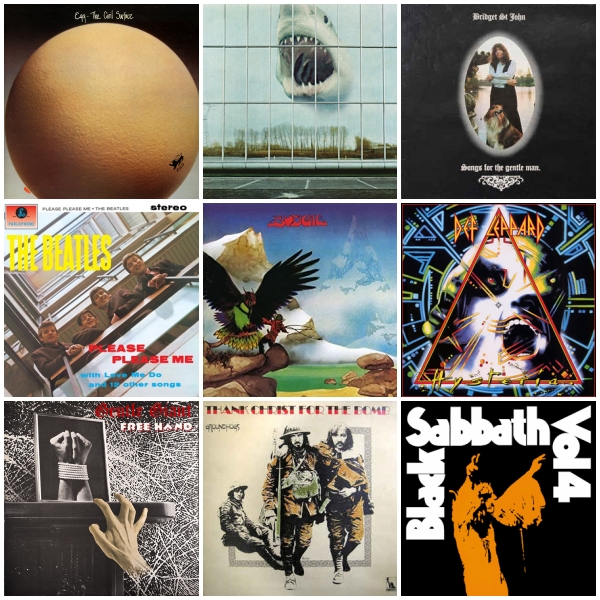