As I sit here cold in the passenger seat, typing away, staring into the darkness, I’m reflecting on how noisy it was out there when we got up this morning. There were crows and all kinds of birds in the hedges (or ‘bush fences’ as Olivia likes to call them), it was a real cacophony of shrieks and whistles, croaks and piercing high notes. To steal Neil Diamond’s words, it was a “Beautiful Noise”. Talking of reflections, my computer is in all the windows so I can’t stare out and imagine the mysteries of the darkness. We slept in a little longer this morning after the drive yesterday but it was a beautiful morning at 9 AM and the sun was warm on the skin. We arrived at the cold storage room and continued with the mega task and although so much has been done it just continues on and on so tonight after we’d packed, sealed, repacked, had thrown old boxes away and seen some progress, we decided that on the closing of the storage house we would do something different.

So today when the storehouse was closed at 5 PM we drove five miles to Glastonbury. Ed, who plays the drums on released albums, Space Summit, MOAT, Noctorum, lives in Bristol and works close to here some days and we were hoping to catch him, it didn’t happen so we decided to climb up and experience the Glastonbury Tor instead. I’ve done it once 100 years ago but Olivia hasn’t so we parked by the famous Chalice Well and walked up the hill to the back of the Tor where a footpath leads you to the summit. The place is drenched in mythology as this is Avalon, they even say this could be the resting place of the Holy Grail, although nobody has found it yet. Just before we entered the footpath we talked to a girl who lived in a van, she was very nice and there in the field were the dreadlocked alternative culture that lives in this area. We asked her what her van was called, “Crusty,” she said. That should make you laugh if you know the term. 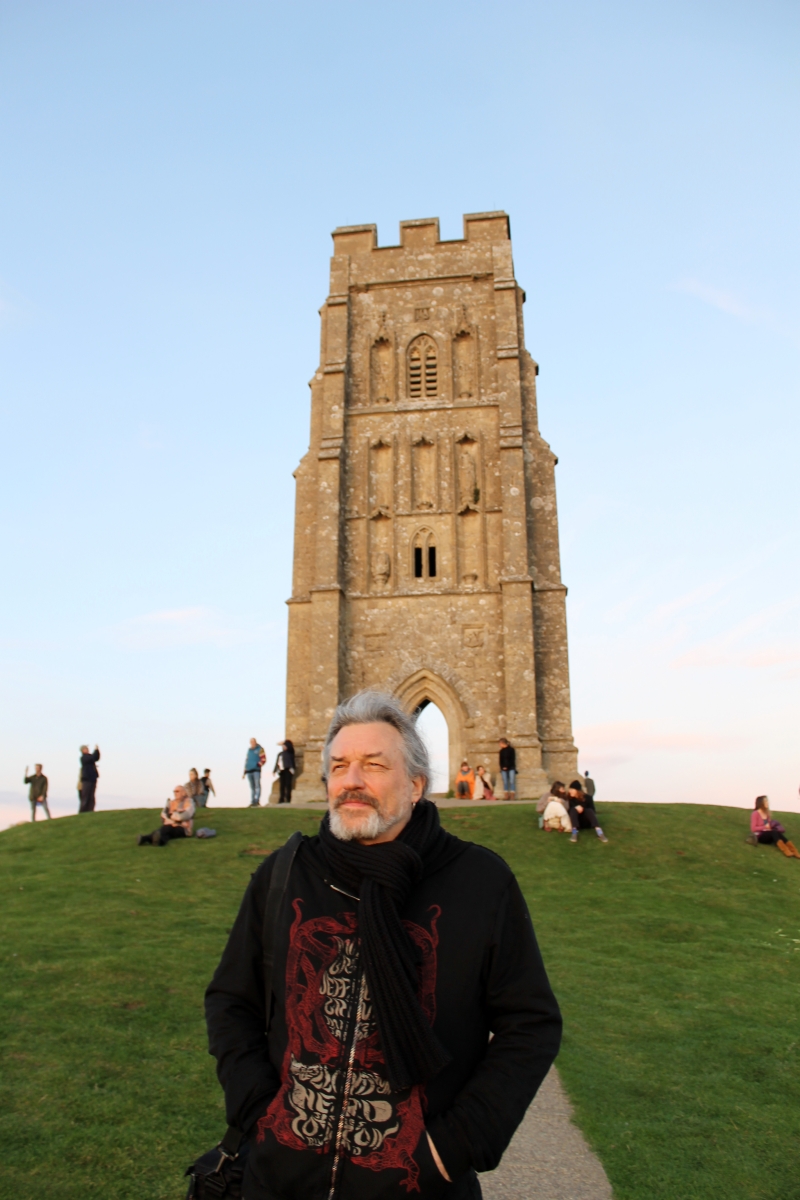 The climb was quite steep and I was begging my back and my knees to let me do it. We zig-zagged our way to the top, reaching the roofless tower and the 360 degrees view of the surrounding countryside that shows you Wales, Wells and the villages that dot the fields. The beauty of this place is really quite stunning, the green fields of England at their best. You can easily immerse yourself in the beauty of the view, the breeze on your face, the setting sun over the Somerset Levels and the Mendip Hills in the distance. We stayed until the sun set and the cold pressed its boney fingers around the tops of your arms. We left behind revellers, musicians, a man with tap dancing shoes, another with a bodhrán and another with a djembe and a didgeridoo. Apparently last night there were 100 people up there dancing and playing music, it’s a mythical mecca and attracts the searchers, the believers, the alternate lifestylers, and you can see why.

We went back down the opposite path at the front of the Tor and found Ariel at the bottom of the hill. We decided to go and eat something in Glastonbury and found an Indian restaurant which was way too expensive. Lots of the shops in the high street reflect the mythology of the area. Years ago I saw Daevid Allen’s Gong here and that really was a cosmic experience, as was being up on the Tor today. 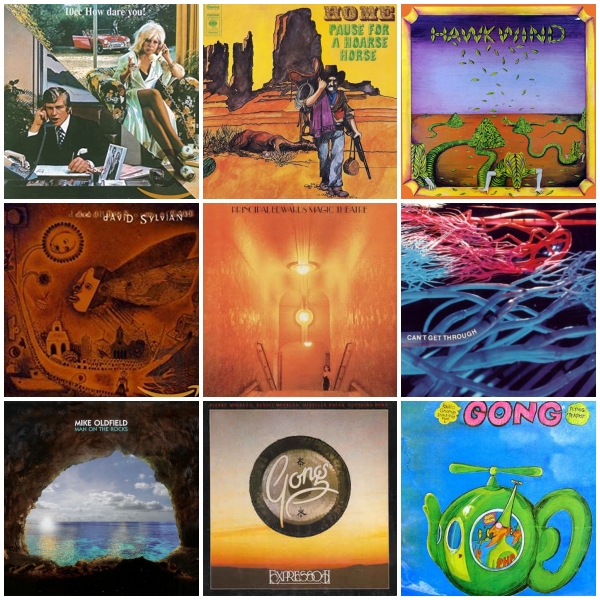