Question: How do you get into London with a diesel car from 1993? Answer: With great difficulty. We left Wing and headed for Brent Cross shopping centre, free parking and at the end of the M1 with an underground station nearby. It didn’t take us long to realise the plan wasn’t going to work. Traffic everywhere as usual on the M1, both directions, an overwhelming presence of humans, they’re everywhere careering down the M1 one after another in these little tin bubbles, pressing engagements that can’t wait. Or? They’re leaving, heading north to see the family or to get married or escaping the hoards in the south. For us the problems began when a big sign appeared on the side of the road saying that we were entering a low emissions zone, I’m pretty sure we qualify for not being allowed in, but it was only a couple of miles from where we thought we could park. We carried on, got to the shopping centre, the car park was slammed, cars everywhere, on the roundabouts, turning left and right, speeding off in all directions. As soon as we parked it felt like a bad idea, go in for a coffee, get a receipt, put it in the window and sneak off to London via Tube. An unfriendly looking parking agent walked by Ariel, Ariel withdrew. We looked at the rules and breaking them was a £100 fine. We got our coffee and decided to leave and find another way.

A lady from Galicia walked by with her daughter and noticed the Portugal reg. I chatted with her and her daughter. She was very happy to see a car from close to where she was from, her husband was from Bolivia and I talked to her daughter about going to La Paz, where she’d never been as well as Cuzco in Peru and seeing Machu Picchu. I told her my story of sleeping on the third floor of the hotel, no lift and having to rest after two flights of stairs because of the high altitude. So we left where we were and decided to head for Watford, park up north somewhere and take an overground train into London. As we drove towards the M1 we passed the entrance to the Brent Cross underground and there at the bottom of a residential street was an empty parking space, no threat, perfect – now we have to hope we don’t get fined for entering the low emission zone.

I was taking my old computer and my really old computer in to have new batteries fitted so I spent most of the afternoon sitting in a computer store with Mohamad the fixer. Olivia went off across Kensington Gardens to Gloucester Road to find an open post office. When she came back she went down to CEX, an electronic secondhand store and managed to find me a secondhand 160GB iPod. Time was passing and we needed one more trip to Soho for me to exchange a record and for Olivia to buy taiyaki in China Town. It was INSANE down there! There were people queueing up for clothes shops, pubs and restaurants. There were so many people that at times you were standing still waiting for the bottleneck ahead to clear – swarming throngs! Soon enough we were back on the Tube to Brent Cross and back to The Boydies for dinner and talking.

Now, after all of the hoo-hah of getting to London, parking near London and dealing with London, I’m absolutely exhausted. Back to the campsite in Somerset tomorrow so I really should go and take advantage of the welcoming double bed – back to basics tomorrow. 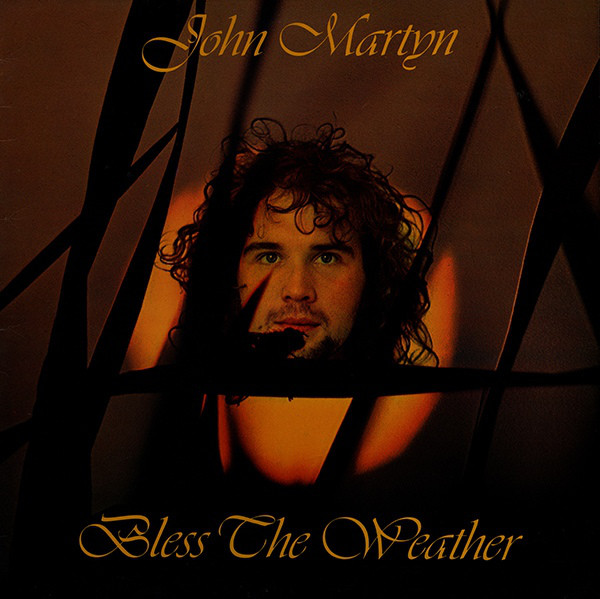 Music today has been just one album, the inimitable John Martyn and Bless The Weather, his fifth album, released in 1971. I have to stop now, I can’t keep my eyes open.