Last day in the storage house with Fred and his muscles and Gerri Ann and her muscles! Haha. Mental muscles, physical muscles, effort and efficiency and we are getting there. Seriously though the will of the helpers is something to be admired. For me, I have the will but not the core strength to lift a heavy box, or at least not all day, so having friends take this on has been a gift from the stars. I guess we could say we bit off more than we could chew with the size of the task and if we hadn’t got that extra help we would be struggling to finish everything on time. The next task is to get moving on shipping, getting some quotes and trying not to faint when we get the bill. Today we had to lift a 32-channel mixing desk down the stairs, three heavy cabinets and their road cases, my 24-track and my 16-track and the patch bay, the power amps and the stands. It’s an old-fashioned studio setup and way out of date with tape that’s expensive to buy and it’s nowhere near as practical as digital recording. But, it will make you sound different, and limitations make you approach your creative process differently and I think somehow incorporating a bit of old-fashioned into the modern will be a fruitful if not frustrating and time-consuming task.

It’s so calm outside tonight, the leaves are still, the sky has no stars, the air has stopped moving. No birds, no night animals howling in the distance, nothing at all as if the Earth were deserted. The happy campers are quietly locked away inside their caravans or campervans, glamping away with the internet, probably drinking champagne out of coconut husks. It’s October and they are still tugging their lives behind them, parking their gas-guzzling SUVs in the lush groves and bright green fields and making the most of retirement with an odd mixture of inconvenience and luxury, polluting and appreciating our beautiful planet.

A shorter day tomorrow, so an earlier rise as the storage people like to leave earlier on a Friday. We will be spending a couple of nights up in the Buzzard with Boydy and Trish seeing them for the last time in their old house before they move to Bristol. We also now know our return date to Porto, the 20th October. Not particularly looking forward to our twenty-eight and a half-hour ferry ride from Portsmouth to Santander or the eight-hour drive from Santander to Porto but at least this time we won’t be rushing, pushing Ariel and panicking about making it to our front door. A week after we arrive Ariel needs her MOT, perfect timing after a monster journey away.

Luckily we can leave our mess spread out across the storage house over the weekend and now we’ve moved the mega pieces of equipment downstairs we have space and early next week we can finish our task before we make our second attempt to visit Stonehenge, post scaffolding. Having being horrified at the thought of scaffolding when visiting an ancient site, I imagine there must have been scaffolding when they built the pyramids or were they lowered from spaceships?

Sesh today with Brian in New Jersey. Kinda strange sitting in a field in Somerset seshing with New Jersey. At least the internet works, even if the lighting is a little unorthodox. It makes me look like a goth as the light shines from behind and sends shadows across my face, luckily Brian wasn’t scared and I can still hear the music, make a comment and discuss it. It will be all back to normal in a little under two weeks when we return to Porto. Last but not least, I can’t believe I was here when Liverpool were there, bad timing but you can’t argue with 1-5. 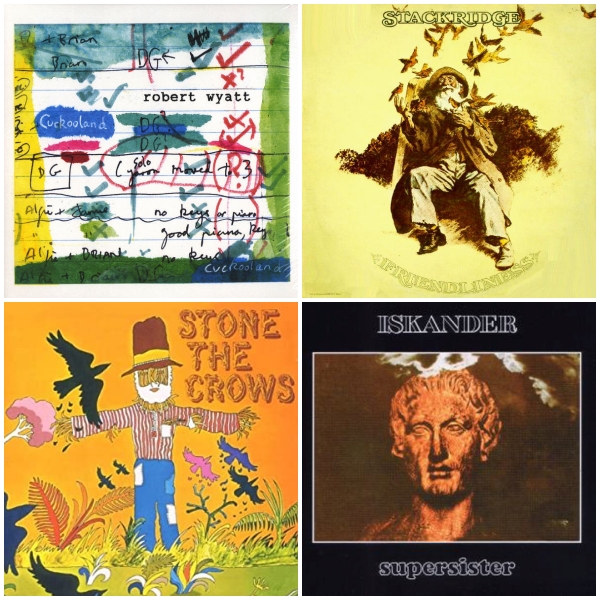 Music today has been: