8 AM on the nail, the lads from the removal company knocked on the window. I’d been running around all night trying to finally pack as many of the remaining boxes as I could and finally got my head down at 2 AM. Andy, the driver of the big truck, had told me 8ish or later but Phil and Carl in the Luton were there at 8 AM on the dot. They’d removed the giant grid that straddled the window above the 19th-century drain where water had been flowing through with man-made ingenuity for at least two hundred years in this part of Penzance. They knew about drainage, carved in the stone a channel between the building and the road, it was an engineering feat, despite it just being a drain. When I first moved in it was full of ice cream wrappers, mud and seagull shit, I dug it out by hand, always thinking of ways to preserve the records from accident, be it fire or flood. Candles were banned in the archive room and when I went away I always hid the incense. The only time that a catastrophe almost happened was when Dare left the bar heater on to warm the place up, went to the pub and when he and friends came back, the place was full of smoke and the zither was scorched and burned – he’d put the heater too close. Ultimately nothing else happened but it was a warning to carefully consider all the possibilities that could end in disaster in this treasure trove of music.

I ran around half-dressed as the men took boxes from around me and I tried to get the sofa bed back together so they could lift it through the window, a space now large enough with the missing grid. Backwards and forwards they went, loading the Luton, driving to the big truck, unloading the Luton and then back to the archive for a repeat performance. The last bits are the hardest; how do I pack my gold albums? What about the kitchen stuff and leftover food, tins of baked beans, jars of honey and a lonely tin of corn? The last screws from the shelves, the CD that missed the CD box already gone?

I was still hoovering, trying to leave the place not looking like a cyclone had been through. I hoovered the cobwebs off the walls where they’d been behind shelving units for fifteen years and kept the carpets as clean as possible, hoovering and re-hoovering with not the best suction. And all the time knowing that as those last boxes were being loaded onto the truck, they would be waiting for me as they were giving me a lift up to Wells in Somerset, where Olivia was waiting after two days work with Fred and Gerri Ann in the storehouse.

Dare came down at 11.45 and then brother Dave to wave farewell, take the keys, remind me that all the coloured mic leads were mine (I’d forgotten) and celebrate/mourn the end of an era. Goodbyes were quick because I had to get into town to pick up Olivia’s cowboy boots from the shoe repairers – cobblers? Isn’t that a swear word? Does anybody even say cobblers anymore except over a refereeing decision? Then, of course, I ran into Rich, ex postie and musician, record-collecting Martin caught me to say goodbye, Rick from the special furniture shop and gallery was in the bakery and then Lisa, Amy and Wendy behind the scrumptious cakes and the aroma of bread wished me well, Lisa giving me one final large hug, walking away and coming back and giving me another one for Olivia, handing me my final pasty. Steve, the sound man from The Acorn Theatre, was down for some bits that Dare was giving him – and then we were gone.

Penzance slipped into the past as the archive, the guitars and all that history moved into an uncertain future, not as far as the vision but financially. I was in the Luton with Phil and Carl, following the big truck with Andy and Alex. You could see that the weight of the records had the truck overloaded with the mud flaps on the front wheels scraping the ground. They took a chance for me and I thank them for that. It’s a daunting task, transporting everything to Portugal, finding premises and making it work. But if such a thing is even remotely possible, all the records, a studio, the lava lamps, the books, the keepsakes, the artefacts, the framed posters, this history securely and aesthetically presented, then I will be doing everything I can to make that dream come true. 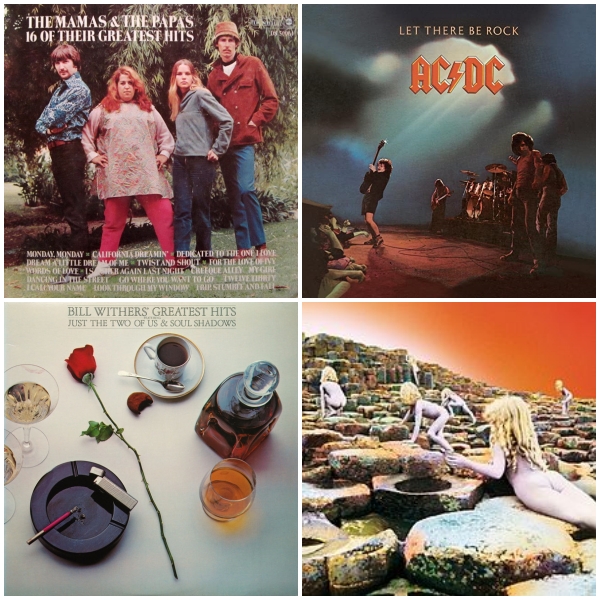