Great help in the archive today packing boxes from Hud and Aram, thanks, guys. It was all going so swimmingly well, Hud and Aram had gone and Olivia and I were continuing on when suddenly all the shelving units in the middle of the room creaked and fell knocking over another shelf in its path as well as the shelf behind it so we had a pile of records, broken shelves and CDs, a crumpled mess on the floor as if there had been an earthquake. I’m not sure how it happened but something at one end had been supporting the whole row and in breaking it all down some key supporting factor had been disengaged. So far casualties have been Allman Brothers Idlewild South vinyl, broken in half and Concrete Blonde CD single of Caroline missing a chunk. Some bends on some of the covers but considering the size of the disaster, we did well to only lose a couple of things – so far. I thought my fantasy death of being crushed by my own falling vinyl collection might have come true tonight. 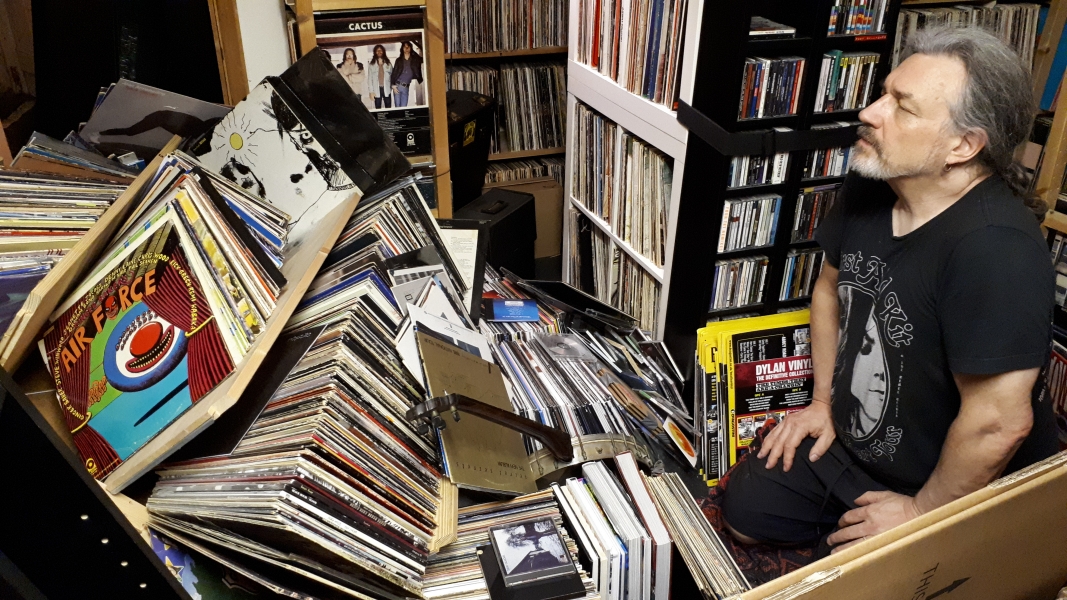 Earlier in the day, Olivia had been out to pick up her boots from the shoe repairman who told her he was going away and she must be there before 4 PM. At 3.30 PM she got there and he was gone, back Tuesday, she leaves Sunday. Luckily I leave Tuesday, so he’d better be there. On that trip, she dropped into Supervolt, the electric shop, and bought 40 30 watt bulbs as spares for our lava lamp collection. They are being phased out, everything replaced by horrible harsh LED but the harshness isn’t the problem. The problem is that LED bulbs don’t give off any heat so the lava in the lava lamps doesn’t rise up. Who knew that Psychedelicising your house could be interrupted by such unseen and unpredictable problems.

Orders are coming in thick and fast for the Arktik Lake – Shimmer EP, including in clumps from the record shops in Australia.

Short one today, all the precious hours are for sleeping and for packing.

Music today has been the usual list of random goodies: