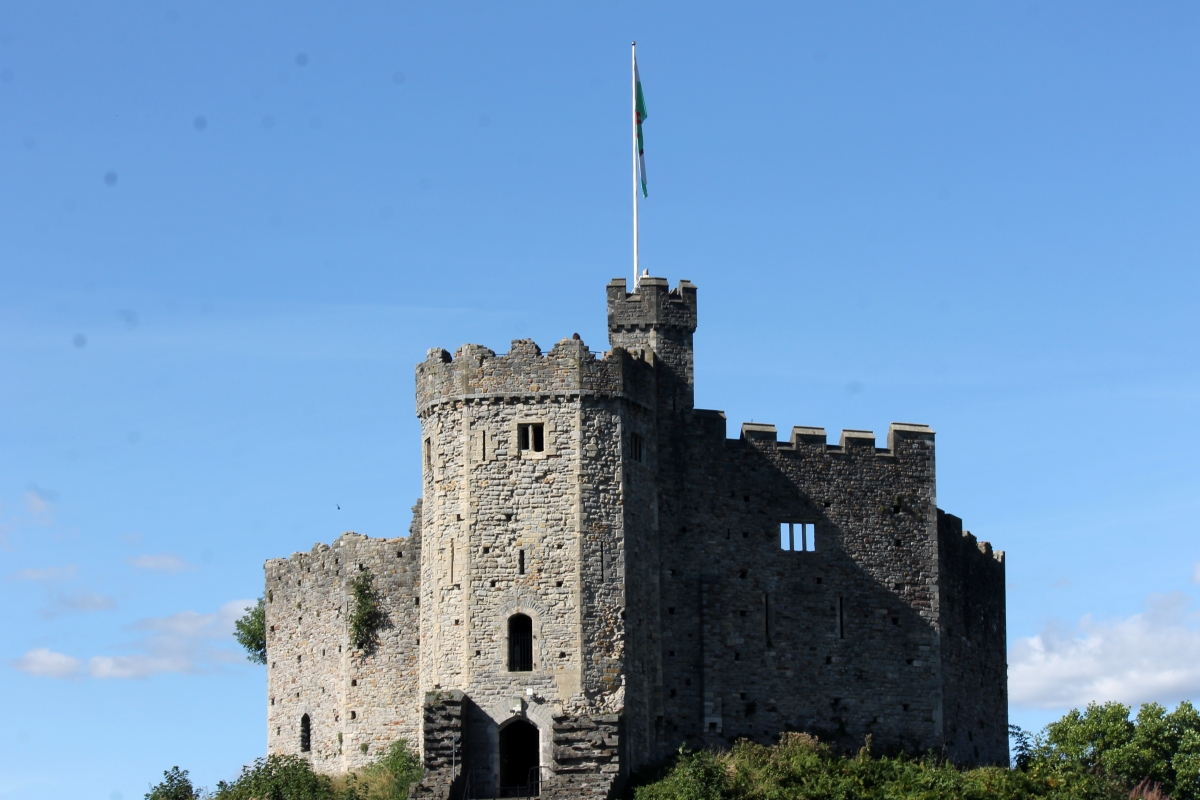 Another early morning, bye-bye Biggles and Colleen and Bear the keeshond and Lulu the parrot, heading out of London via Gregg’s the bakers to pick up some veggie sausage rolls for brekkie. Grey clouds low enough to influence your mood, almost chilly but not quite but thankfully no rain. We headed west and the further west we got the sky got bluer until eventually, it was a beautiful day. The M4 took us into Wales across the Prince Of Wales Bridge and as you cross farther down the estuary you can see the Severn Bridge where Richey Manic’s car was found in 1995, 26 years ago, when he disappeared. Over the bridge, we found our way to Cardiff Castle but it’s one thing seeing it and another thing parking near it. We finally found a car park but as we approached it a man got out of his car who seemed to work for NCP (national car parks, I presume?) and waved his finger at us…”too tall,” he said in an accent thick from the valleys. He was extremely talkative and it seems like we soon knew about the loss of his brother and how it affected him and his plans to leave the grief behind by buying a van just like ours, he asked if he could take a picture of Ariel, Ariel said yes. He then told us to follow him in his car and he showed us to another car park in the town before walking Olivia to a cafe to meet our friends Lynne and Derek – I should have been there but I had to walk back to Ariel to get my mask. I asked another lady the way, and she had a broad Scottish accent. It’s all about accents in Great Britain.

I walked past a queue of young people outside a large venue, by some coincidence of me recently mentioning the latest Manic Street Preachers album and the missing Richey, they were playing in Cardiff tonight. I met with Olivia, Lynne and Derek at Caffè Nero, opposite the castle, and we ventured into history, including meeting Carl, who recognised me from the past. Inside we headed for the keep and climbed to the top, looking over the battlements and the city of Cardiff, including the imposing Motorpoint Arena, contrasting ancient spires as history clashes with progress. The weather had certainly cheered up and we took some pics before heading down the winding stone steps (easier down than up) to the inside of the ruined keep. In the castle grounds a gothic mansion with ornate rooms, beautiful ceilings, breath-taking architecture. Master craftsmen painting and carving scenes of history with exquisite skills, beyond perfection. 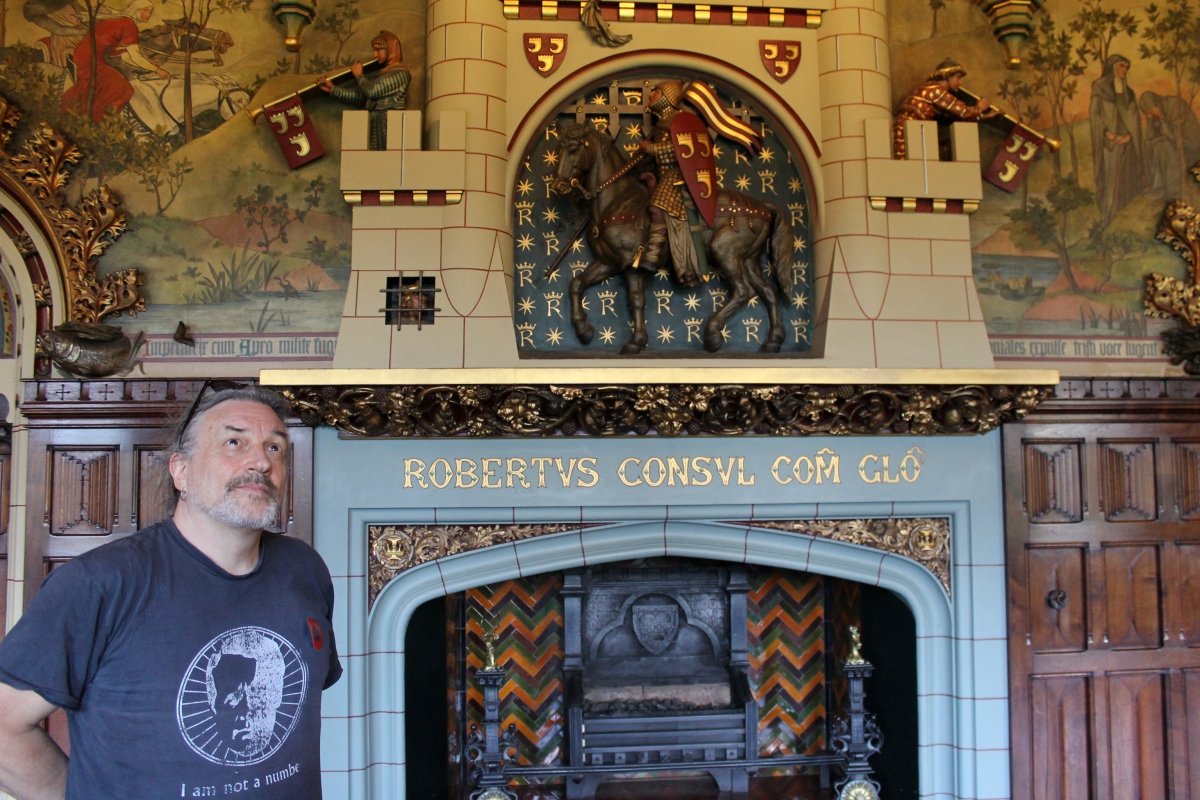 Meeting with friends in strange new places, walking and talking, an early dinner in a Thai restaurant. It’s the first time we’ve seen Lynne since her husband Steve suddenly and tragically died. He was our friend and band member and driving force behind Atlantaeum Flood, sadly missed, he should have been here today. Soon we had to be on our way as we were taking Ariel to a camping site in Wells, Somerset where I have my storage house to start the big sort out. We arrived in a field and thanks to sessioneer Noel who gave us this industrial special tool of all experienced campers – an electricity terminal strip with plug sockets and USB we were able to almost look like we knew what we were doing. We never even knew about such a thing till Noel told us about it and it was almost the first thing the campsite owner told us about directing us where to plug in. I should have brought a Marshall stack, a Les Paul and a fuzz box.

On the subject of music, the two latest projects, Space Summit’s Life This Way and Arktik Lake’s Shimmer EP are now available on Bandcamp here:

The pre-order for the Arktik Lake – Shimmer EP has also just gone up, only 200 copies available on aquamarine vinyl. Get it while you can. 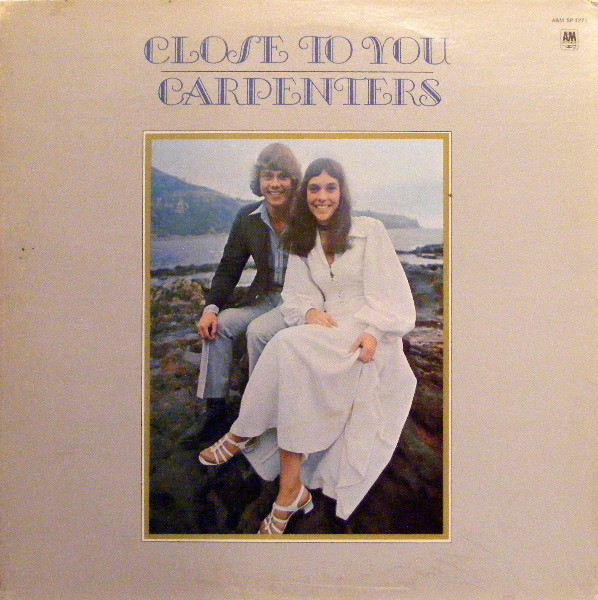 Music today has been half-listening to sixties songs on my laptop, my speakers are broken and I’m stranded without proper sound, the computer speakers are no good, so I thought I’ll listen to sixties music because it’s the kind of music that has such strong songs that you can almost get away with the terrible speakers. I tried The Partridge Family but ended with The Carpenters‘ Close To You, their second album from 1969. But frankly, I’m so tired I could have picked anything, although Karen Carpenter’s voice is sublime!