London today, a swarming incessant mass of maskless faces and scantily clad bodies filling the streets to capacity, the tunnels of the underground full to the brim of crushed strangers, fighting for space and air, stopped still in impatient unavoidable queues on the stairs under the streets. On the trains, everyone crammed together, brushing against each other, unwelcome touching, too close for comfort, staring into each other’s eyes whilst desperately trying to ignore the unfamiliar faces of the people standing all around you. Up above, rowdy throngs of gesticulating escaped youth, shuffling grey-haired tourists and fashion victims, but also a wonderful cross-section of cultures all sharing the same space without incident. Tall, short, male, female, and other, white people, black people, brown people, Indian, Arabic, African, European and a representative of every colourful country in the world all going about their business in peacock clothes, bland khaki shorts, long-haired, short-haired, blue-haired, black men with blue makeup, black men with dyed blonde hair and multiple earrings, white girls with lime green mini skirts and halter-neck tops, young English boys with shaved heads or football haircuts, the over fifties with their long locks, men in bow ties and suit jackets, a million different T-shirt slogans, wigs, high heels, every religion, including a young priest. A classic melting pot. 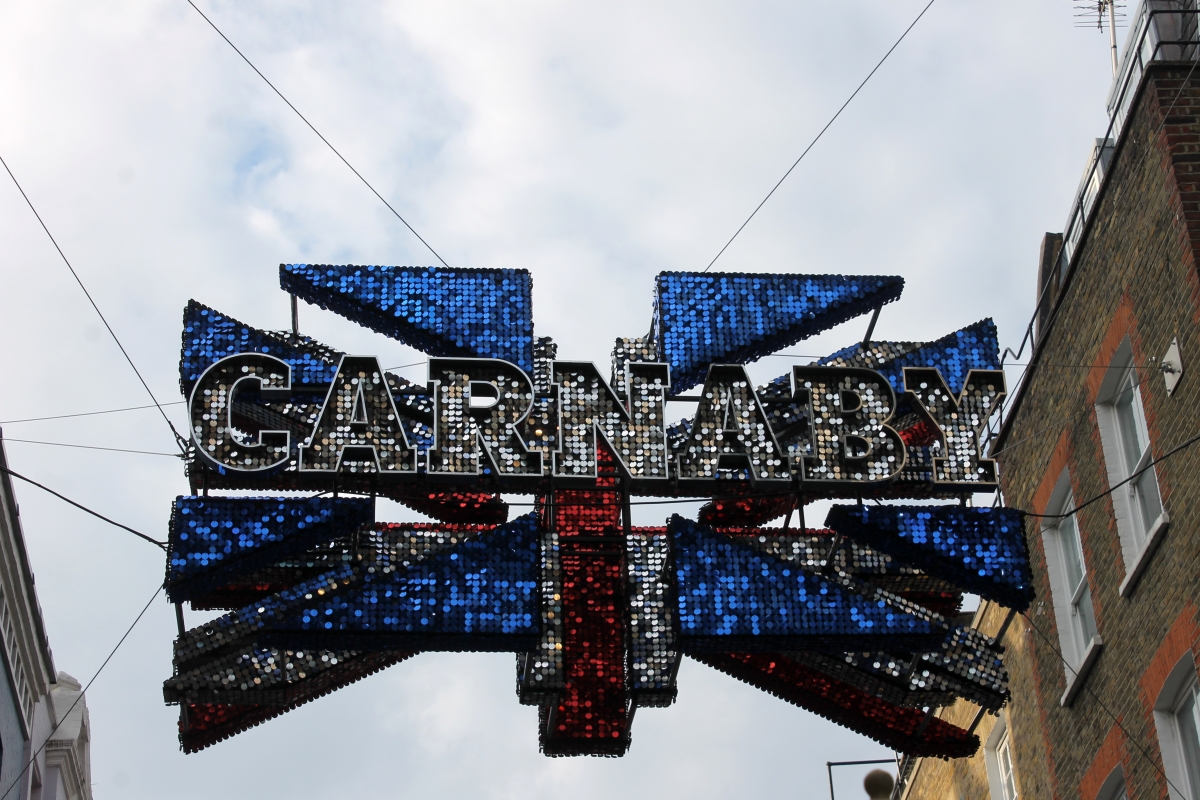 It was actually quite hard to get around. It was so busy, and we went from place to place through the madness until we settled at Olivia’s first destination of the day, poutine at The Maple Leaf Canadian pub. I watched on in horror, fries with gravy and cheese curd, somehow a Canadian delicacy. I didn’t even get a drink there, the coke from a gun, watery and not worth the destructive sugar input, half bland, tasteless and pointless. As we left we ran into Darrall and Harnake, familiar gig attendees through the ages and we stood on the street and chatted for a long while about the shape of the universe and the current price of intergalactic travel. We parted for the next stop, searching for new Blundstones. There was a shop, Shelleys off Carnaby Street, Darrall and I wondered if it was still there and of course it wasn’t. We went on something of a wild goose chase following Blundstone’s website to a hidden inner courtyard of shops that had no sign of the shop the website directed us toward. Another place in Regent Street, just down from Piccadilly Circus, had them but not in my size. Olivia managed to make it to Uniqlo for cloth, and her other must do, Taiyaki, which looks like waffle-covered dessert fish full of sweet red beans. 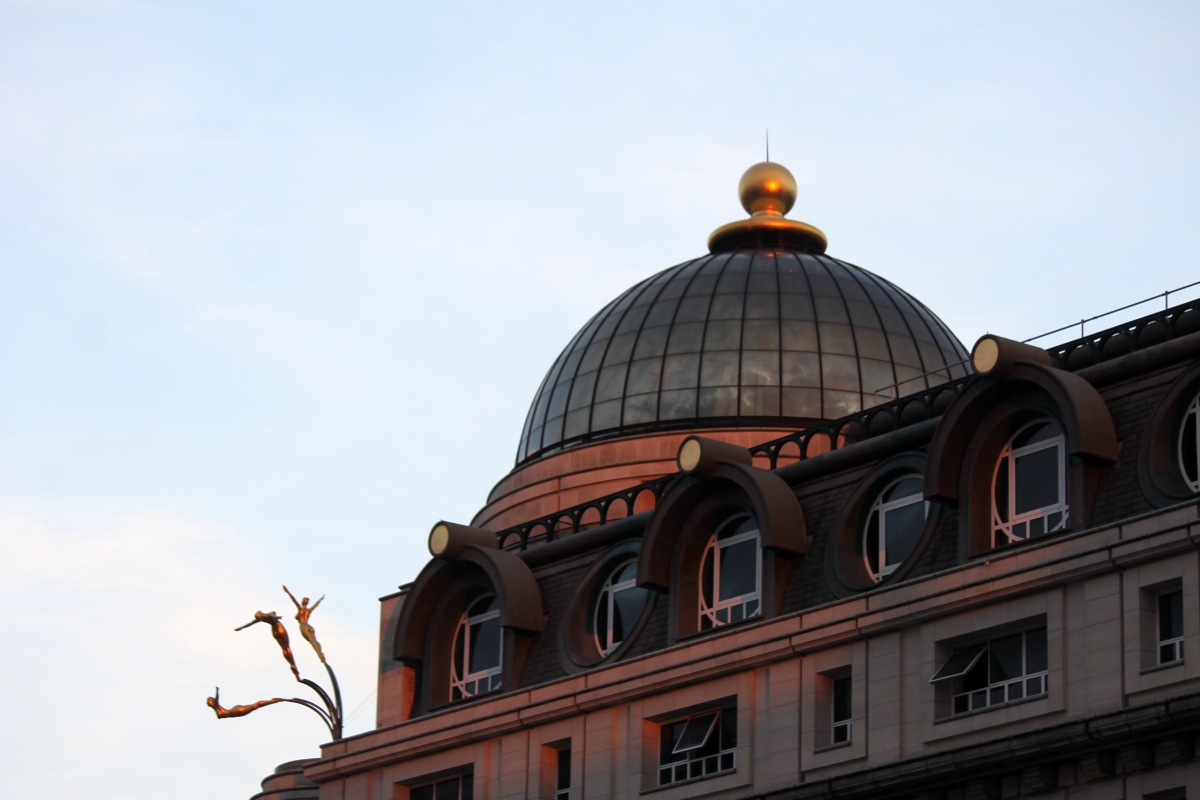 I managed to go into Fopp at the top of Charing Cross Road and only buy one record, Mogwai’s soundtrack to Les Revenants / The Returned (2013) which I see has since arrived in English. I sat in a cafe for half an hour and spoke to my mate from seventies Liverpool (The Wirral), Spanter, about the new arm on his Linn turntable that cost £1,600. He commented on the absurdity of such an expensive item limiting the budget for buying the records to enjoy its quality. I called Derek in Wales who called back later and we discussed whether or not we could actually enter Wales to visit Cardiff Castle on Monday in the light of Covid rules, although everything is changing and from next month, no more amber list or green list, just a red list of dangerous places, I wonder if that means the exploding southern states of the USA and Australia. Our Covid kits arrived, it seems like the inefficient company did manage to actually get them to us just about in time. We swabbed (yuck), mailed them off and await the results. 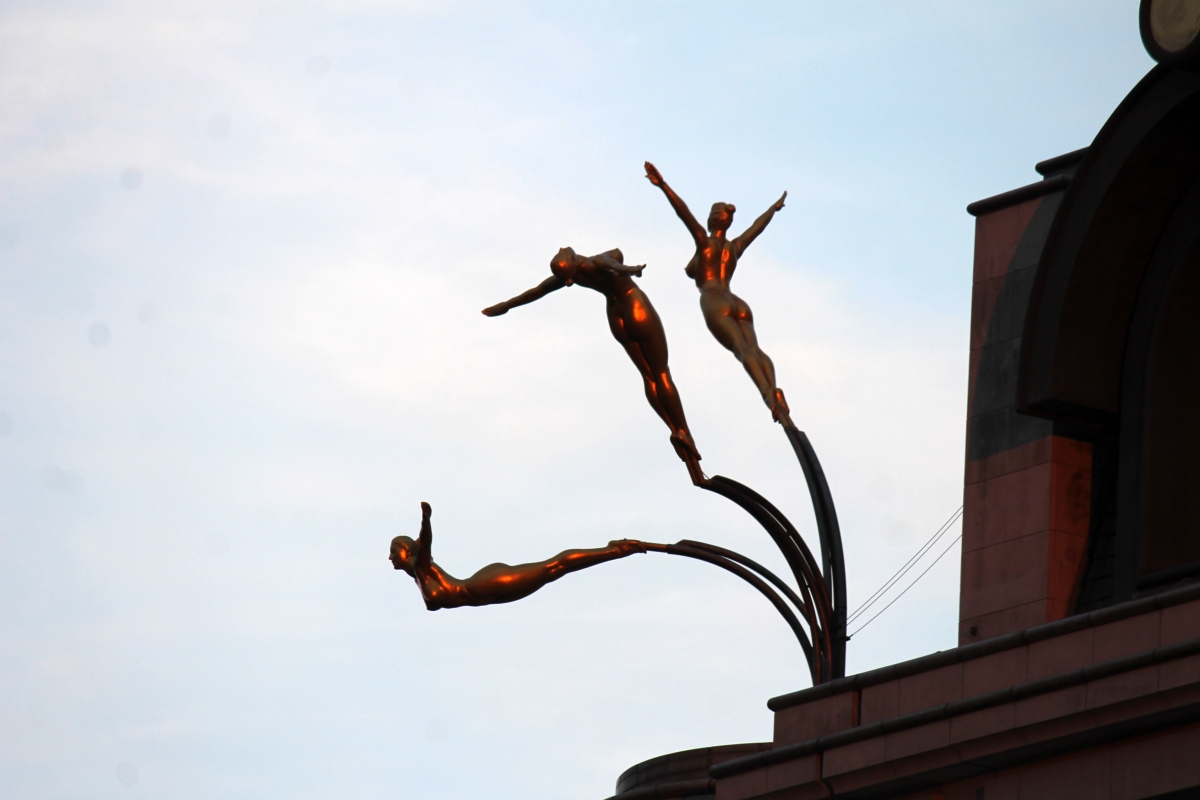 Earlier Colleen, Biggles’ wife who we are staying with drove me to my eBay pick up in Wimbledon for the Bang & Olufsen speakers from the seventies that I won on eBay (£65). I intend to match them up with my Bang & Olufsen amp and receiver that I found in the garbage room when I lived in Stockholm. They have Din plug connectors! Although they are missing from the ones I got today. The traffic was mad, the Koreatown festival was on in New Malden and the traffic was also mad and Biggles’ team Fulham, top of the league, lost at home to struggling Reading 1-2 but Liverpool won 3-0 against Crystal Palace and went to the top of the Premiership, not that I could watch it or even have the time to do so. Biggles cooked some lovely veggie food for dinner with vegetables picked from their allotment. We ate outside in the back garden and admired the bright moon in the sky and, to the right, Jupiter. Last but not least a hedgehog called Spike appeared in the garden.

Big day tomorrow, visiting sessioneer Noel who lives closeish and three sessions with Tony in Sydney, Paul in New Orleans and Abby and Nick in Philadelphia. Better get some sleep. 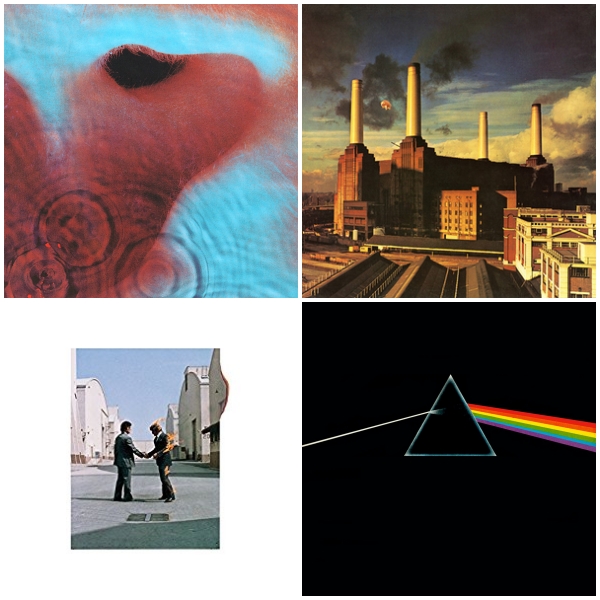 Music today has been some mellow seventies writing music with Pink Floyd albums Meddle (1971), Animals (1977), Wish You Were Here (1975), and Dark Side Of The Moon (1973). Although I did hear Can’t Get Enough (1974) by Bad Company twice today, once in Colleen’s car on the radio and once walking by a pub in Soho. And talking of Argent, we also heard Kiss’ version of God Gave Rock And Roll To You (1991). Over dinner a ton of Porcupine Tree and a ton of veggie sausages, perfect.